TOKYO (Japan) - There will be plenty of rising stars to follow at the Women's Olympic Basketball Tournament in Tokyo as some of the best young ballers around make their respective debuts.

Subject to being selected and fit to play, we have picked out some of the young guns born in 1999 or later  to watch when the action gets underway in the Japanese capital. 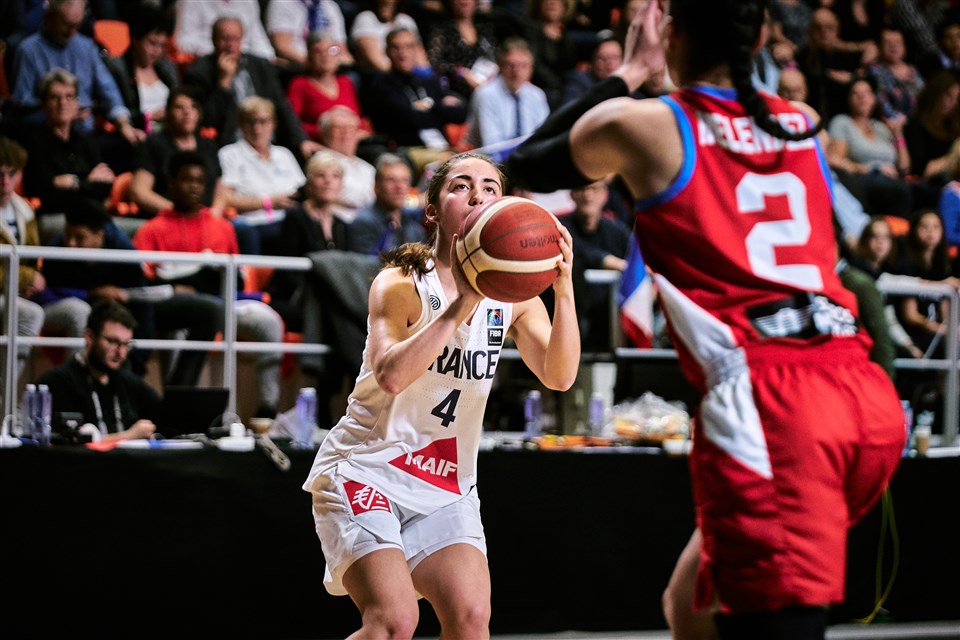 The playmaker didn't make the cut for the FIBA Women's EuroBasket last month, a setback for the young star who had made the event two years earlier. However, she looks like making up for this and showing that her omission  might have been a mistake. This is because she has been in great form during the subsequent preparation games for Tokyo.  Super smart, composed and the future of the French backcourt over the medium to long term. The question is, can she make an impression when called upon in the short term? She participated in the FIBA Women's Olympic Qualifying Tournaments last year in Bourges and should play a role off the bench for her country. 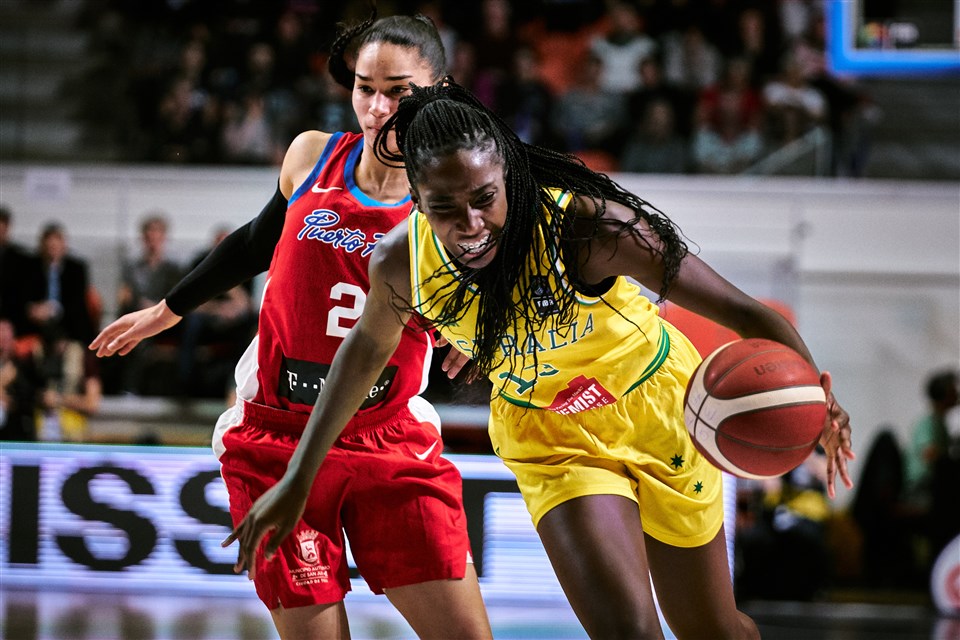 If you need any indication of her value, she has been playing in the WNBA with the Seattle Storm in a team packed with great players such as Breanna Stewart and Sue Bird. Still improving, she will most likely come off the bench in Tokyo and her recent experiences and WNBA time should mean she has more confidence to contribute and make an even bigger impact when given minutes by head coach Sandy Brondello. Her 17 points in Las Vegas last weekend during an impressive victory against the USA highlighted why she can be a key player, especially now that Liz Cambage is absent from the Opals Olympic lineup. 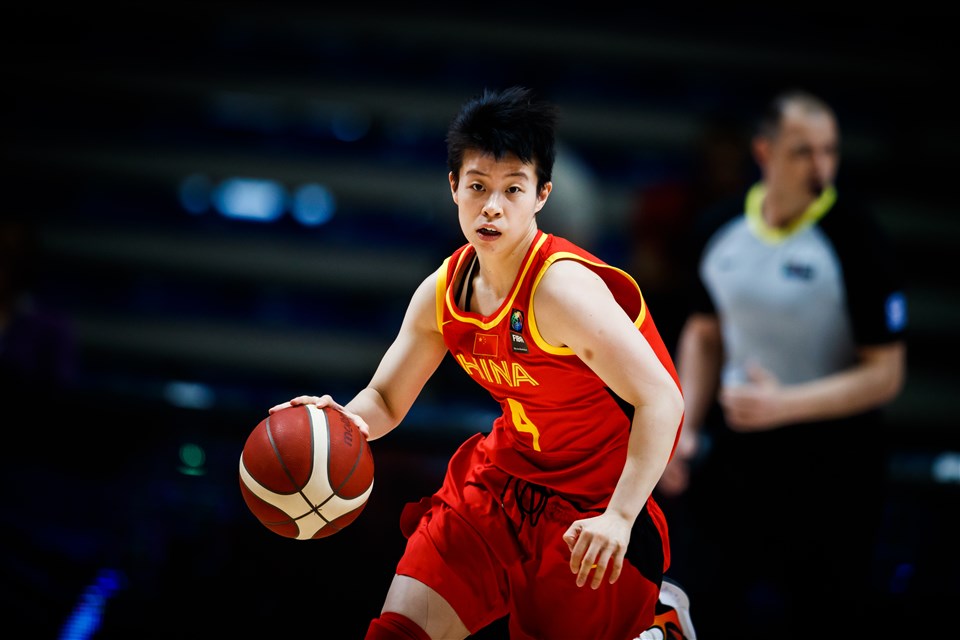 The Chinese frontcourt currently looks like one of the deepest around and with many young players, it is surely a lock to continue its impressive production for many years to come. Not so guaranteed perhaps is how the backcourt rotation will develop and much of that will hinge on whether Li can continue her development. The signs are good. She had an impressive debut at the senior level at the FIBA Women's Basketball World Cup in 2018, then played a nice cameo for China as they went unbeaten in Belgrade at the FIBA Women's Olypmic Qualifying Tournaments last year. But the jury is out on whether she can now produce on the biggest stage of all because her country may need her to and that is a lot of pressure on her shoulders. It was an emotional roller-coaster for the teenager last month when she made her major tournament debut for Spain at the FIBA Women's EuroBasket. She got to play at the event for the first time and also did so on the homecourt of Valencia where she excelled during the last club season, picking up a EuroCup Women title with some excellent displays that highlighted her maturity and fearless approach. However, Spain finished in seventh place, way below expectations, meaning it was a harsh introduction for Carrera. But her Olympic debut should soften the blow and those who have seen her impressing globally at the youth level for Spain will be glad to see her now having the opportunity to do it with the seniors. 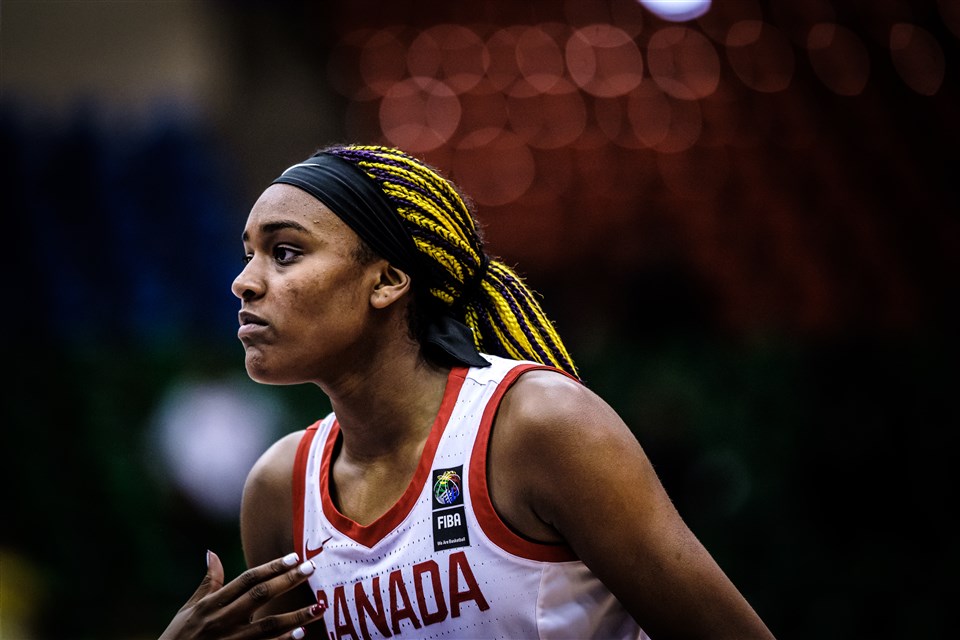 The last time Edwards was balling in Asia a couple of years ago, she lit it up at the FIBA U19 Women's Basketball World Cup, leading Canada in points, rebounds and efficiency. Now she is preparing herself for an Olympic debut. While playing at the FIBA Women's AmeriCup last month didn't go to plan for her country who finished an above-par fourth, it provided Edwards priceless tournament experience. The teenager is well known Stateside from her NCAA performances for the prestigious UConn and she looks set to form part of Canada's national team backbone for the next decade and beyond. 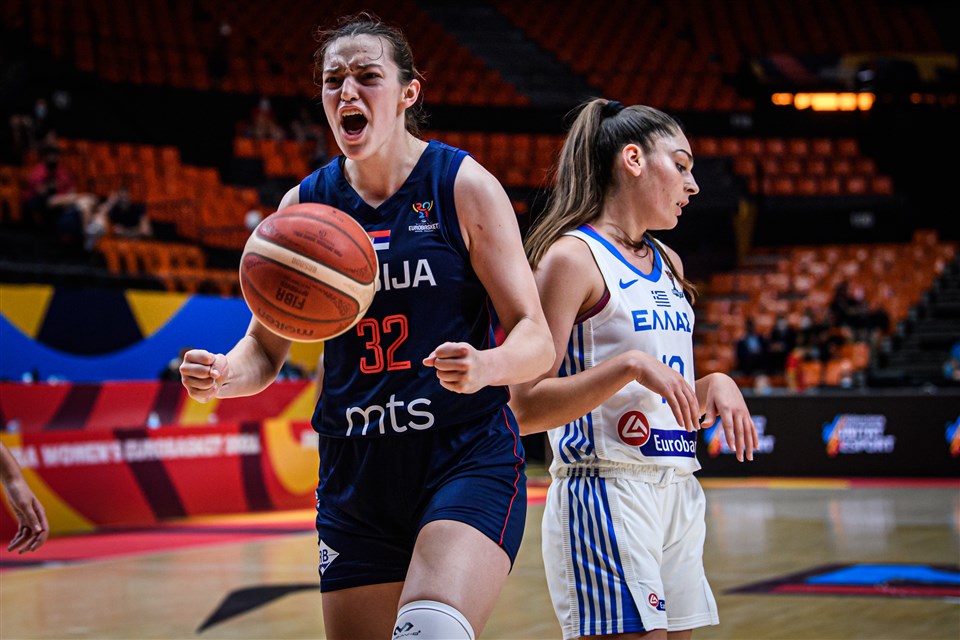 The forward will be hoping she has done enough to convince Serbia head coach to keep her in the mix for Tokyo after she walked away from her first major tournament for her country with a gold medal after conquering the FIBA Women's EuroBasket. It was a dream for the forward who is known Stateside because of her NCAA career at Oregon and recent switch to UCLA. Dugalic offers size and a physical presence, is still learning and will have gained so much from what she experienced at the highest level in Valencia. 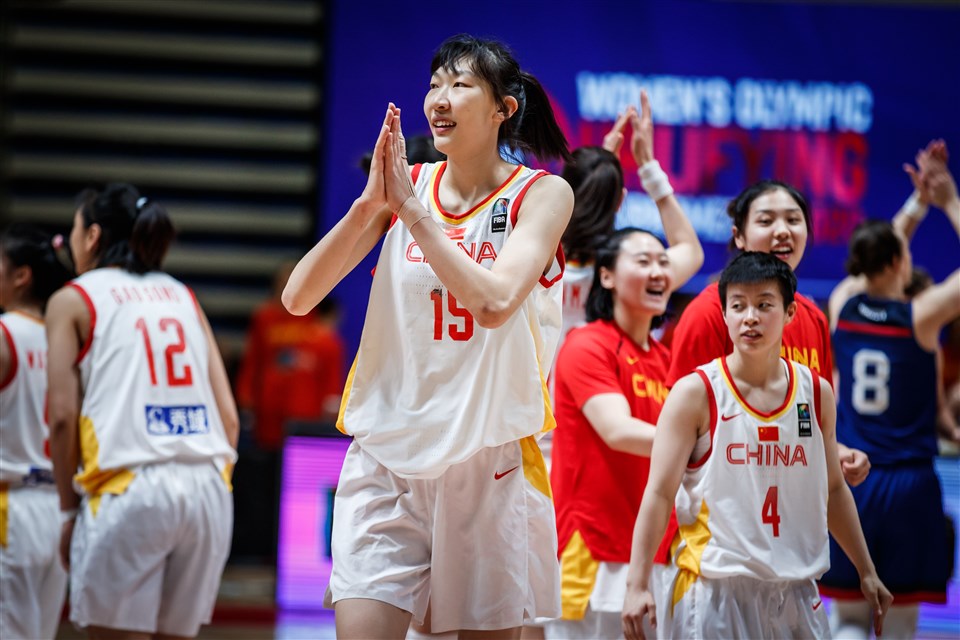 It's been a whirlwind few years for the unmistakable Han. First, she excelled at the youth level during the FIBA U17 Women's Basketball World Cup and then at the FIBA Women's Basketball World Cup three years ago. Her incredible height is matched by impressive mobility for her size and a nice soft touch around the basket. With decent shooting range, too, she has become a centerpeice for this China team way before her time. Her efforts have also seen her become a trailblazer for Chinese players in the WNBA after she was given the opportunity to step out onto this stage with the New York Liberty. Last year at the FIBA Women's Olympic Qualifying Tournaments she was impressive again and is set to play a leading role as China try to make a deep run in the Japanese capital. 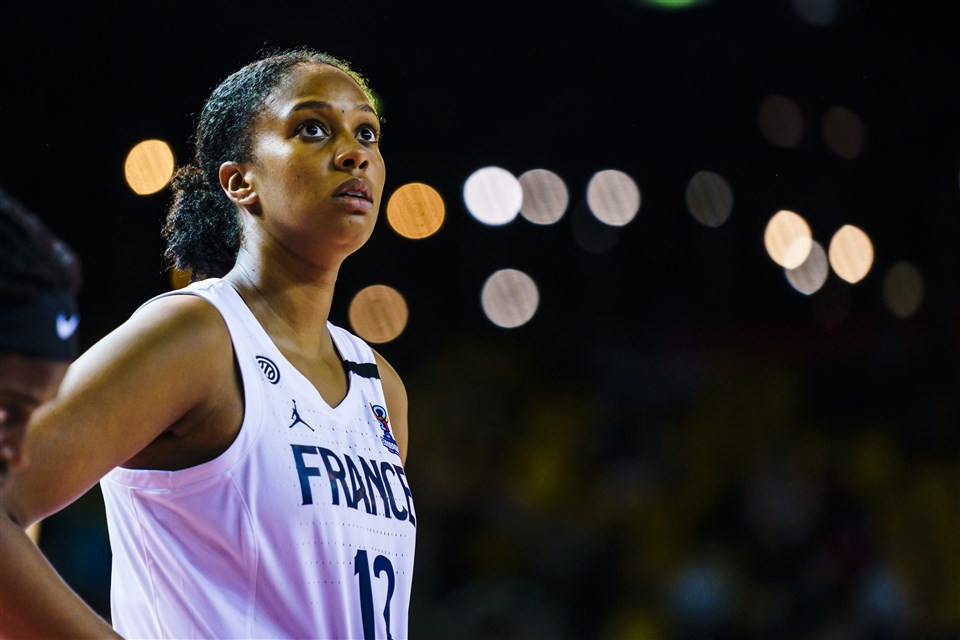 One of the best young players of her generation in the female global game, Rupert has already made a name for herself on her home Continent after landing consecutive EuroLeague Women Young Player of the Award trophies for her work at Bourges Basket. She gained wider recognition earlier this year when she was a WNBA First Round pick. She also now has two FIBA Women's EuroBasket tournaments on her resume, although she did struggle for court time recently because veteran duo Endy Miyem and Sandrine Gruda were both in good form, while she is also behind Helena Ciak in a deep rotation. Still, Rupert is the future and will eventually be a colossal presence moving forward for her country because of her size, skill-set and IQ. 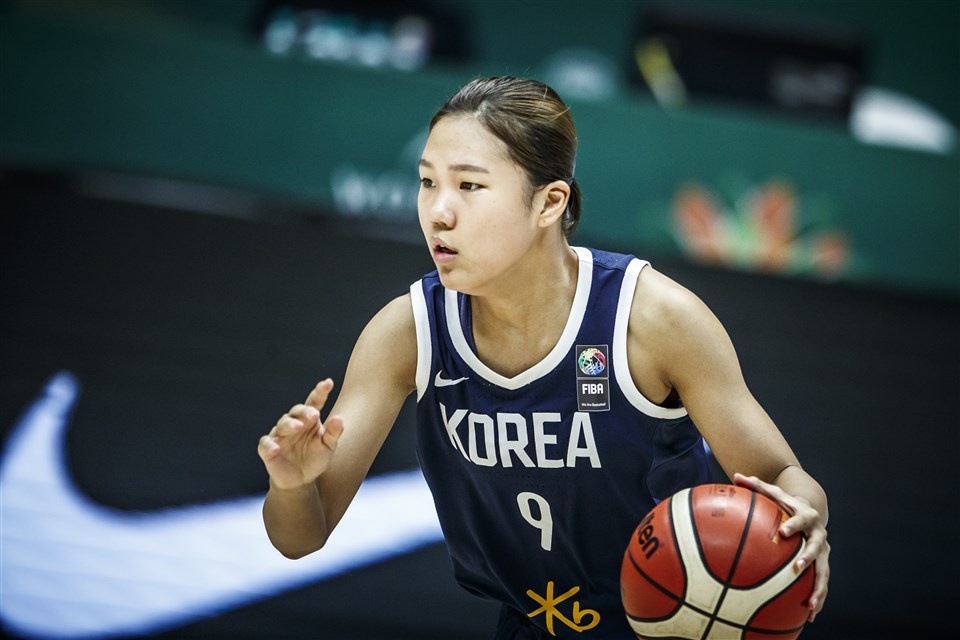 Park was just 18-years-old when she made her global tournament debut for Korea in 2018 at the FIBA Women's Basketball World Cup in Tenerife. She only got to play limited minutes as one would expect, she went on to show her vast potential a year later at the FIBA Women's AsiaCup. While she missed the FIBA Women's Olympic Qualifying Tournaments in Belgrade last year, the forward should be back in the mix and looking to help Korea land an overdue win at this level. 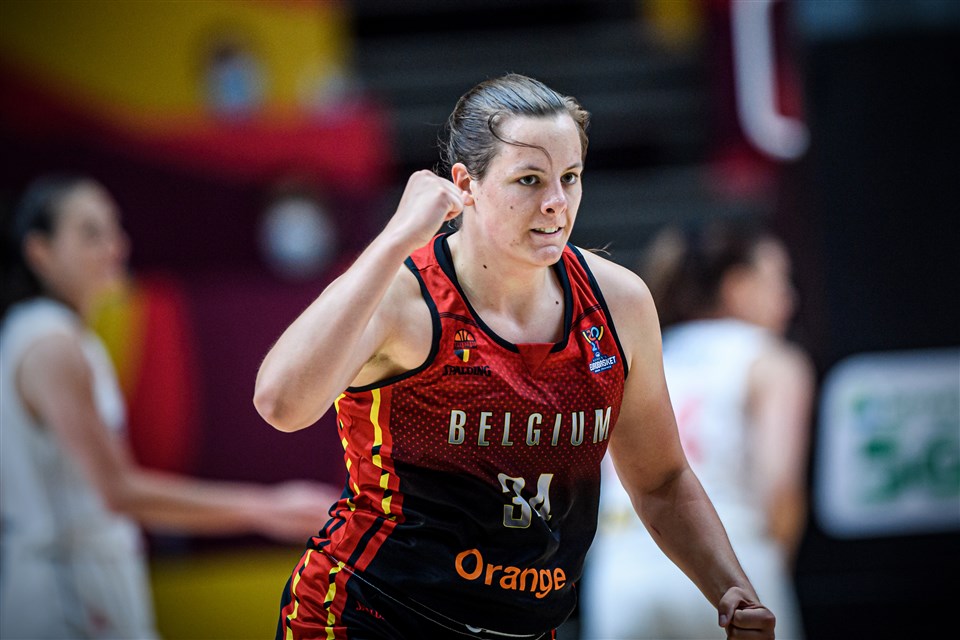 It looks like Massey has cemented her place in the team for a long time to come after starring in the FIBA Women's EuroBasket Qualifiers and then making her debut at the main event with the Cats in Strasbourg and Valencia. Powerful, a rebounding machine and a fine shot-blocker, she showed her skills on the international stage at the FIBA U19 Women's Basketball World Cup in Bangkok two years ago where she was simply phenomenal. She could be handed 10-15 minutes per game in Tokyo and play an important role off the bench if head coach Philip Mestdagh follows the same pattern as at the Euros when she left clutching a bronze medal. 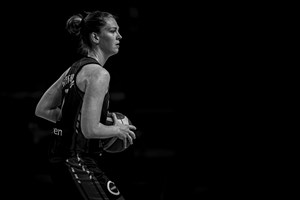 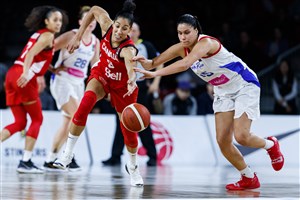