Revenge for France as they sink Serbia to take Olympic bronze

TOKYO (Japan) - France exacted some sweet revenge for the FIBA Women's EuroBasket Final loss back in June to Serbia by beating their rivals to take the Olympic bronze with an impressive 91-76 triumph in Tokyo.

France showed super mental resilience to bounce back from their mauling at the hands of Japan less than 24 hours earlier in the Semi-Finals. This was also only the second Olympic medal in their history, having made the London 2012 Final where they won silver.

Turning point: Serbia looked down and out midway through the last quarter but then put doubt into the minds of France as they posted a 12-0 run and cut the gap to 7 points. France desperately needed to snap their drought and with three minutes Alix Duchet calmly skipped to the hoop to make a sweet score with less than a second remaining on the shot-clock. To rub salt into the Serbia wounds, Jelena Brooks then went and missed an open layup they next time down the floor.

Stats Don't Lie: Serbia made 3-of-4 from downtown in the opening minutes and then went 2-of-14 for the remainder of the game which hurt them immensely. In contrast, France were really solid from outside and dropped 52 percent of their shots for the contest. 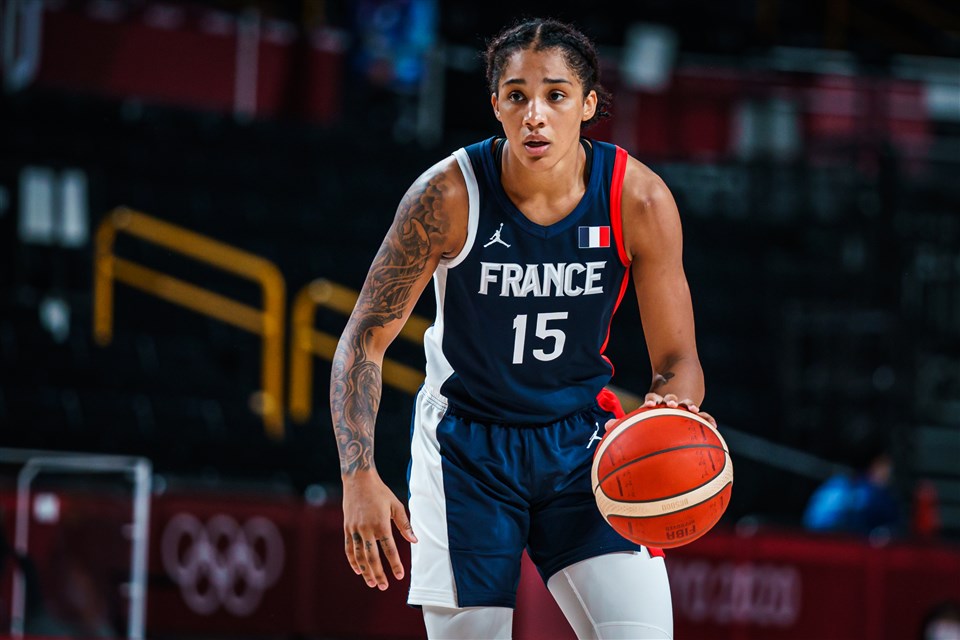 Game hero(es): It was a really nice team effort with seven players in double-digits. The experienced frontcourt duo of Sandrine Gruda and Endy Miyem got it done for France as they combined for 30 points. It will also be a game that young guard Marine Fauthoux will never forget as she netted 12 points. But Gabby Williams was the all-around standout as she finished with 17 points, 8 rebounds and 4 assists.

Bottom line: Serbia had been hoping to secure successive bronze medals, having taken one on their Olympic debut five years ago in Rio. But, it seemed to be a game too far both mentally and physically for Serbia. They lacked their usual tenacity, smarts and energetic defensive capabilities. It was also not to be the fairytale finish for the super Jelena Brooks and the legendary Sonja Vasic, although the latter will still reflect on her last calendar year of basketball with real joy after winning the MVP award and title at the FIBA Women's EuroBasket.

However, that is largely due to a tremendous performance by France and they deserve immense credit for demonstrating their strength of character by coming back from the near humiliation by way of their defeat to Japan. They showed that they can win big games and considering the setback of missing out on gold in Valencia back in June, they will be able to take huge satisfaction from leaving Tokyo clutching a medal - not least because it has been a real rollercoaster ride and they ended up with a 3-3 record.

They said: "It was a tough competition and tough summer. We went through some ups and downs, but always kept our heads up. Bronze is good way to finish this competition and all the hard work we did during the summer. After the Japan loss last night it was tough as we were really disappointed. We put in our heart but we still lost. We knew that we would have a game less then 24 hours later and would have to fight. Everyone just used that feeling of being mad and being sad to pour into this and to give it just one last big effort." France forward, Endy Miyem

"It was a great game. We wanted to have rour evenge against Serbia after the FIBA Women's EuroBasket final. We wanted this bronze medal. I am proud of my players and of my staff," France head coach, Valerie Garnier 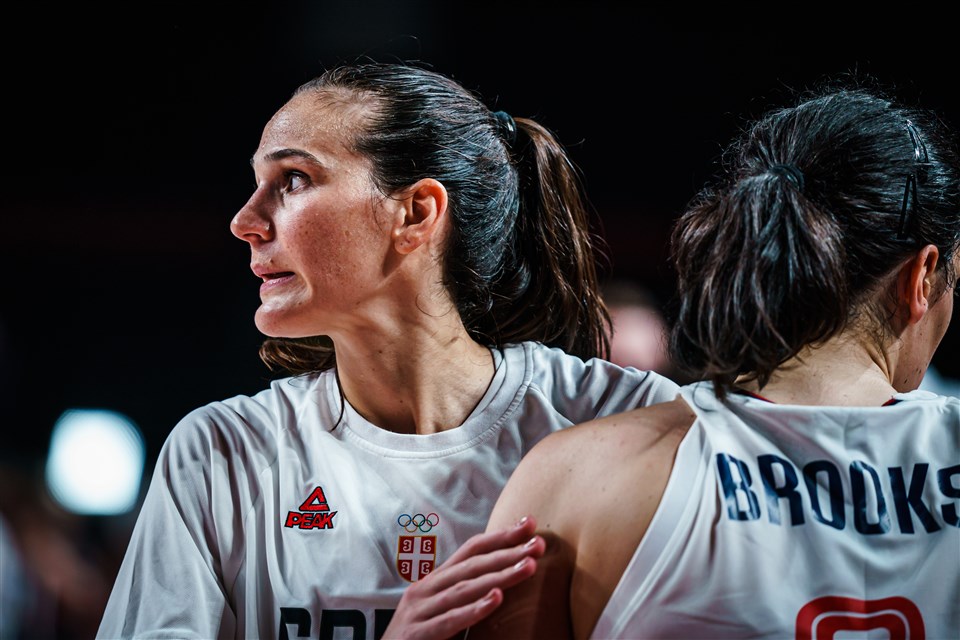 "I'm at peace with my decision, I've got nothing to regret. We've got nothing to be ashamed of, all of us were going through a lot individually all these months together. As sad as I am, I'm proud of this team." - Sonja Vasic on her last game with her country.

"It was my pleasure and honor to be a part of this team through all the years and ups and downs and downs and now ups again. It was never a problem for me to put this on (points to the jersey), and wear it all summer long. This summer was the best and the hardest for me, thanks to all these girls here. I'll always be proud to be Serbian. I'll always be Serbia's number one fan, in all sports, but especially in women's basketball." - Jelena Brooks also retiring from the national team 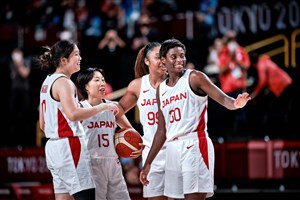 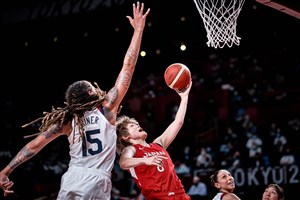