SEOUL (Korea) - As expected, the hopes of Korea at the Tokyo Games will fall squarely on the shoulders of WNBA center Ji Su Park when the Asian nation takes to the floor.

With many observers anticipating a potential struggle for Korea, the form and leadership of Park will be huge and she will inevitably be top of the opposing scouting lists.

Korea booked their place at the event courtesy of a narrow victory against Great Britain at the FIBA Olympic Qualifying Tournament last year.

The good news for fans of Korea and also for the neutrals ready to follow the action is that the team looks to be at full strength. All available leaders are included, including the experienced Hyejin Park, who led her team in both scoring and assists in Belgrade to help her team seal the precious ticket to Tokyo.

Meanwhile, there will also be high hopes that 2000-born Hyejin Park can step up and make a splash on her Olympic debut as she now has the experience of having competed at the FIBA Women's Basketball World Cup in Tenerife three years ago as  a teenager.

Having secured their return to the Games for the first time since 2008 in Beijing when they made the Quarter-Finals, Korea will be looking to improve upon their previous outing on the global stage in 2018 where they went home winless with a 0-3 record.

They will also be one of several teams who take to the court with no Olympic experience at all on their roster due to their last appearance being 13 years ago. 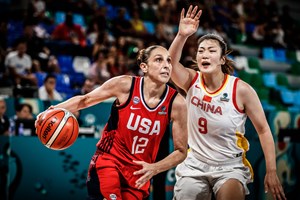 Roster Tracker: Who has already confirmed their lineup for the Tokyo Games? 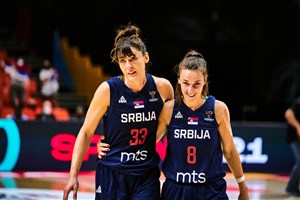