Good vibes for rising star Rupert ahead of Olympic debut

TOKYO (Japan) - You could forgive France for feeling down after losing another FIBA Women's EuroBasket Final, but burgeoning star Iliana Rupert has insisted the setback can fuel a productive campaign in Tokyo.

The young center represents everything positive about French basketball and whatever happens in the Japanese capital, the future is incredibly bright. Not least since many people in her homeland have one eye on Paris 2024, when the hosts will be fully expected to get onto the podium.

"WE ARE HUNGRY TO DO GREAT THINGS IN TOKYO. IT'S A BIG STAGE AND WE WANT TO SHINE," - Iliana Rupert 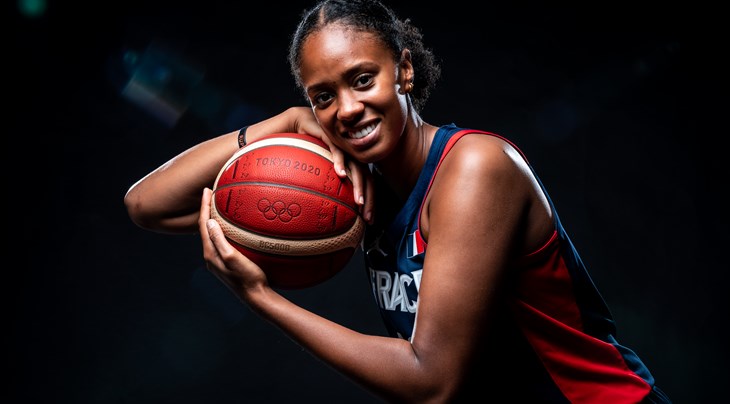 Rupert will be central to that task, although France is also aiming for a medal this year too. Destined to be a global star, she is already making positive waves after securing back-to-back EuroLeague Women Young Player of the Year accolades for her work with Bourges Basket and and then being selected in the First Round of the  2021 WNBA draft.

Up until a couple of weeks ago, Rupertwas still a teenager and yet she already has two FIBA Women's EuroBasket tournaments under her belt. Now an Olympic Games debut beckons.

Yet rather than focusing on her own feelings of excitement and anticipation, the center is acutely aware that this tournament in Tokyo is about how France respond collectively to missing out on the FIBA Women's EuroBasket title - again. A staggering fifth Final loss in a row was hard to stomach for everyone in the French camp, but Rupert is adamant they will use that disappointment to drive them

"The goal is to be great in Tokyo and to learn from the experience at the Women's EuroBasket," she insisted.

"We did a lot of good games there and we want to take the positives out of the situation. Yes, we lost in the Final, but we had a very good tournament overall.

"We are in a good dynamic right now, and we are looking for a medal. We are going to use the good things we did a month ago to learn from the things we didn’t do."

"We are conscious that being in the Olympics brings an extra motivation, that is for sure," continued Rupert.

"We learn from the failures and mistakes, and we don’t want to repeat the same ones. We are all very looking forward for the beginning of the competition, and we are hungry to do great things in Tokyo. It’s a big stage, and we want to shine," she concluded.

Rupert and her teammates tip-off their campaign on Tuesday 27 July against tournament hosts, Japan. 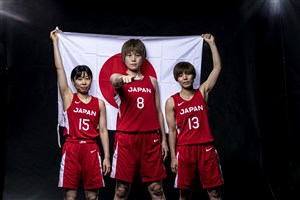 After dominating Women's Asia Cup, can Japan medal at the Olympics?