TOKYO (Japan) - With less than a week to go until the Women's Olympic Basketball Tournament in Tokyo swings into action, it's time for our expert panel to step out and boldly make their predictions.

We have turned to a trio of FIBA Media commentators and asked them to make their picks. Azania Stewart knows what it is like to play at the Olympics having represented Great Britain at London 2012. TV Presenter Natalia Melendez is rooting for her beloved Puerto Rico on their debut and commentated for FIBA for the Olympic Qualifying Tournaments last year.  Meanwhile, Jeff Taylor is the legendary 'Voice of FIBA' and has seen it all down the years, having covered multiple editions of the Games. 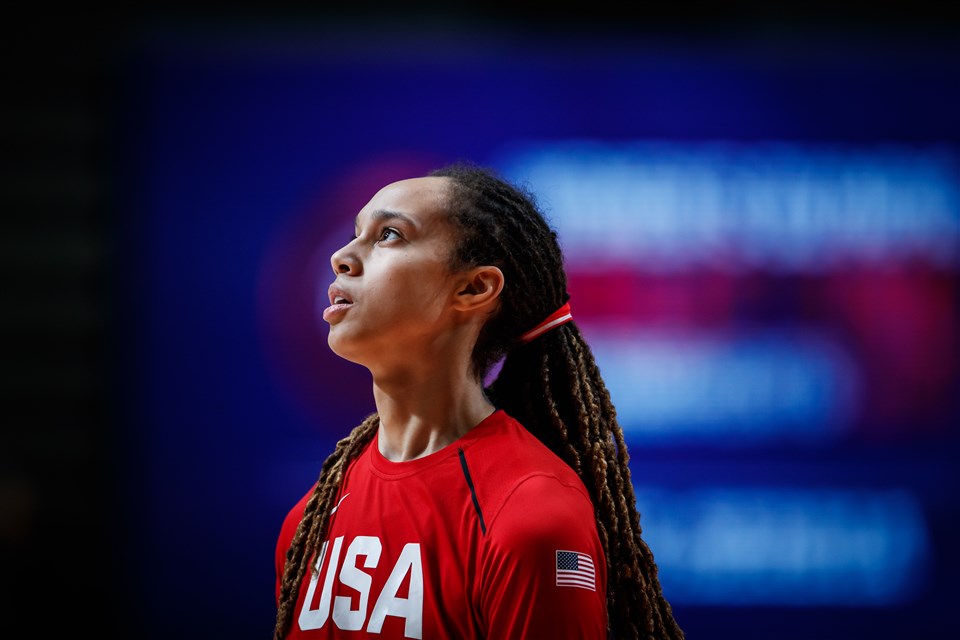 It's a clean sweep for USA from our Panel. Will their flag be raised as they stand on the top step of the podium?

Who is going to win it all and what will the podium look like?

Azania Stewart: I really would like to see a new winner this year in terms of it being someone other than the powerhouse favorites, USA. However, I would be a fool to bet against them. They will win it and I think Serbia can make another Final and Nigeria could get a bronze.

Natalia Melendez: I see the USA winning gold because they are loaded with so many established stars. I don’t see many weaknesses, maybe only in a 'zone defense situation' but even then, they will probably still have the shooters and the height to beat it. In the case of Australia, they have a solid 5 starters, they are strong in the boards (even without Liz Cambage) and they have Leilani Mitchel who is one of the best guards in the tournament, so I think they can still make the Final. Japan probably have the best coach  in Tom Hovasse. They are a team that shoots very well, is always in great shape and they are at home. Although if I am honest, I am really putting them in third place because I wish with all my heart that they can step onto the podium and win that bronze medal!

Jeff Taylor: It will take a brave person to pick someone other than the USA to win it all because they have the greatest player ever in Diana Taurasi, the consummate leader in veteran Sue Bird, size in Sylvia Fowles, Brittney Griner, A’ja Wilson and Tina Charles, and the superstar all-rounder, Breanna Stewart. They have bucket loads of experience and continuity with multiple Olympic and FIBA Women’s Basketball World Cup winners. The USA have also captured six - COUNT THEM - SIX - gold medals in a row. I don’t see this team as unbeatable, though. Nigeria, Japan, Serbia, Australia and even Belgium could play well enough to surprise the USA on any given day, but I’m picking the Americans to claim a seventh gold in a row, with Belgium and Serbia claiming silver and bronze, respectively. 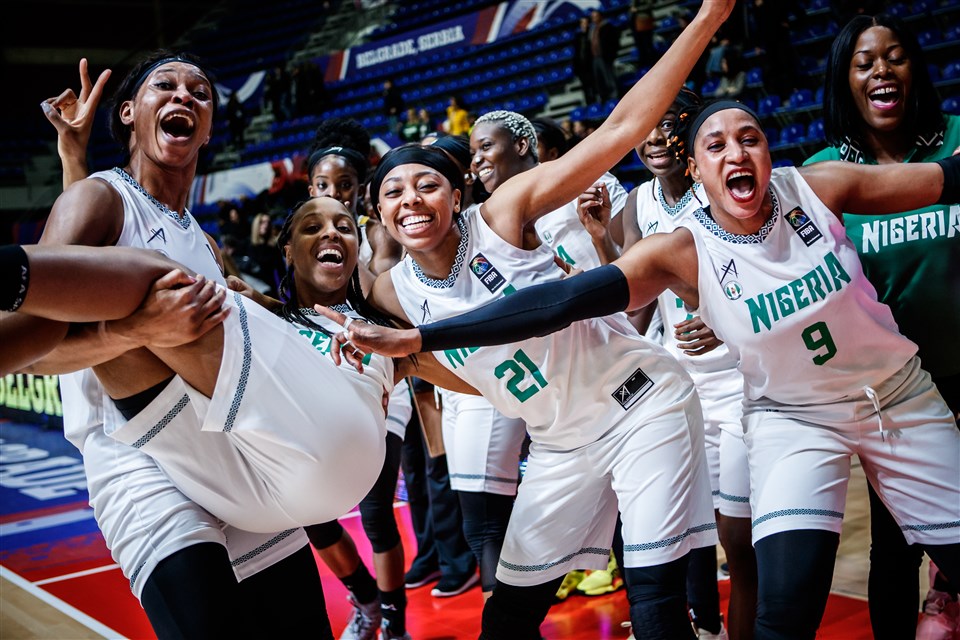 Could Nigeria fly the flag for Africa and make a deep run - even if they have a tough opening group?

Which team do you think could be a dark horse and post some surprises?

Azania Stewart: My dark horse is going to be Nigeria as they have an aggressive pressing game that is very relentless. So, if the luck is on their side, I really do think they could get onto the podium and take a first-ever Olympic medal.

Natalia Melendez: I see Japan and even if they don't have Ramu Tokashiki. I remember seeing this team live in Ostend, Belgium last year at the FIBA Women's Olympic Qualifying Tournament. I was absolutely surprised by their energy, their quickness on the fast break, how their offense flowed and back then, I thought they had some space to improve. I think they are ready to show what they can do at home.

Jeff Taylor: This Olympic field is loaded like never before with many teams harboring realistic hopes of making it to the podium. After their nightmarish FIBA Women’s EuroBasket campaign, Spain can qualify for being a dark horse so I will say they have a chance of going on a run and challenging for a podium finish. 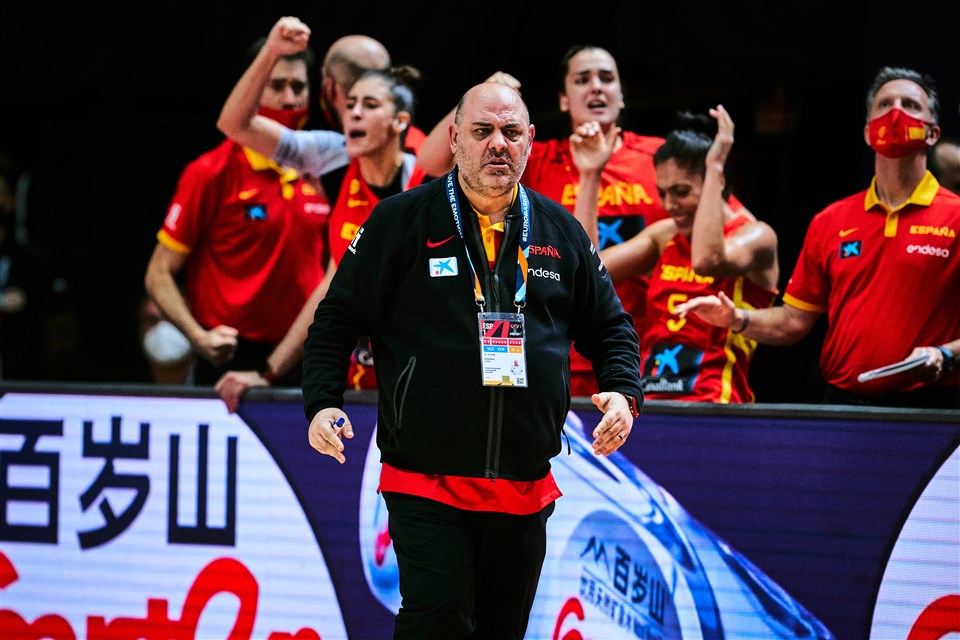 Will Spain struggle, or bounce back from their recent FIBA Women's EuroBasket disappointment?

Which team that is expected to do well are you actually worried about and think may struggle?

Azania Stewart: I think Spain will struggle as their confidence has been knocked since their disappointing FIBA Women's EuroBasket last month. However, I really hope they can find their groove again and make a deep run in these Olympic Games

Natalia Melendez: I see Canada struggling. They didn’t look like everything was well during the recent FIBA Women's AmeriCup in San Juan, Puerto Rico. They didn't have Kia Nurse, Bridget Carleton, Kim Gaucher or Natalie Achonwa I know, but what makes this team so good is the cohesion and discipline they show in tournaments. But they haven’t all been together in a while and had no real prep games so it might prove difficult.

Jeff Taylor: Australia had aspirations of not just reaching the podium but winning it all due in large part to their dominant center, Liz Cambage but now she is not playing, it is going to be difficult - even with a prolific scorer like Bec Allen, who is going to make her Olympic bow. Plus, even with Cambage, I was already worried about their backcourt. Australia will need to be extremely good defensively and rebound well. They caught a break by being drawn in the same group as Puerto Rico and China but from the knockout round, it will be very difficult for the Opals - as it should be since this is the Olympics. 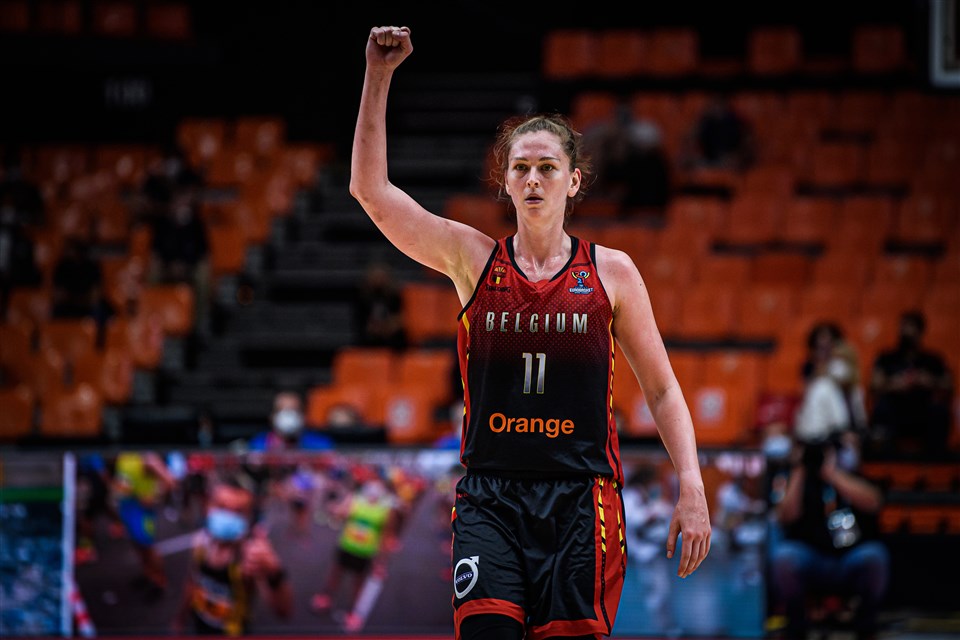 Who do you think will be the top scorer in the tournament?

Azania Stewart: This is a difficult question because there are so many talented 'killer scorers', but my top scorer in the tournament will be Emma Meesseman of Belgium.

Natalia Melendez: I think Breanna Stewart is ready to put on a show and even if the USA are deep and share around the minutes, she can still be a leading scorer.

Jeff Taylor: I think Belgium’s do-it-all, legend-in-the-making center Emma Meesseman has a great chance of leading the tournament in scoring. Which player are you most excited to watch at the tournament and why?

Azania Stewart: I’m a fan of players that come off the bench and bring great energy, while also giving a big contribution to their team.  So, I can’t wait to see Nevena Jovanovic of Serbia, Maria Conde of Spain and Promise Amukamara of Nigeria

Natalia Melendez: I am looking forward to seeing Breanna Stewart as she can play at any level, against anybody and will dominate. Even with all their talent, the American contingent will mainly go through her.

Jeff Taylor: I could name 20 players but will opt for Nako Motohashi, the last MVP of the FIBA Women’s Asia Cup. She’s not the biggest player on the court at point guard, yet plays at such a frenzied pace and is so effective, you can’t take your eyes off her. 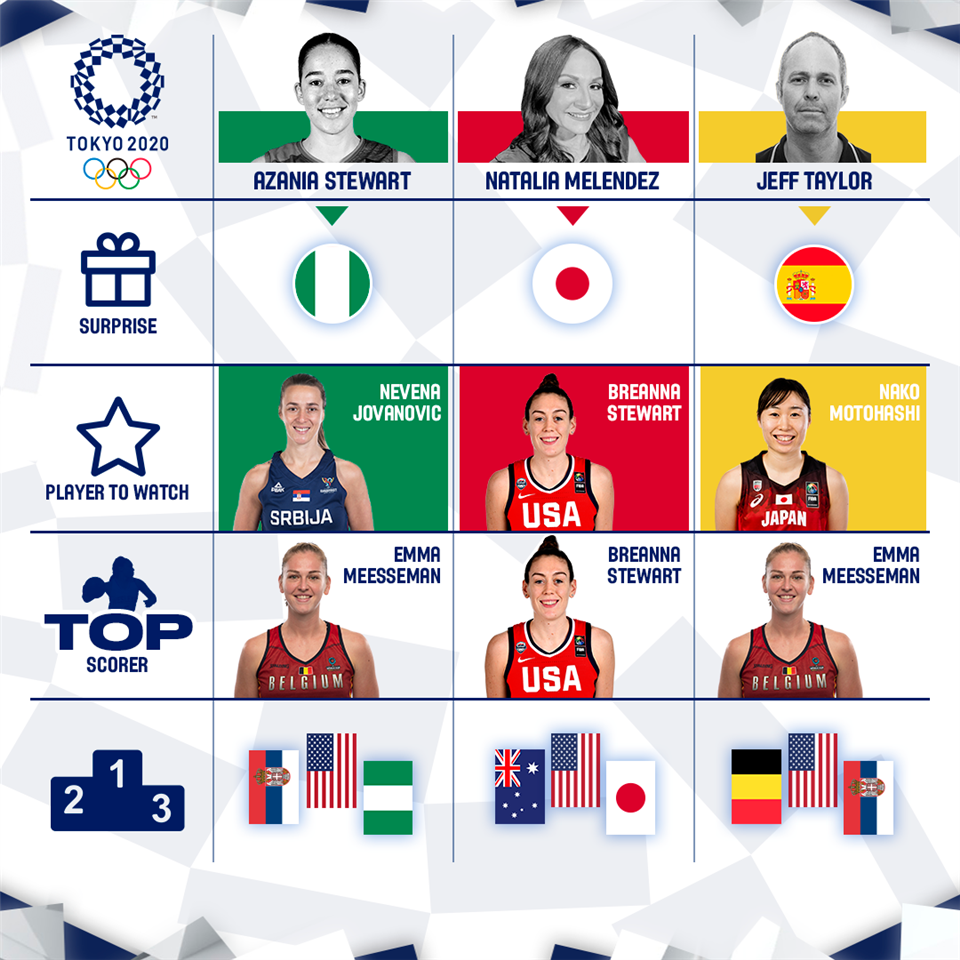 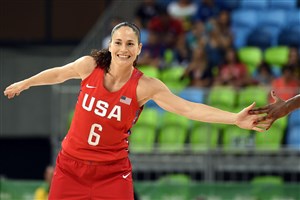 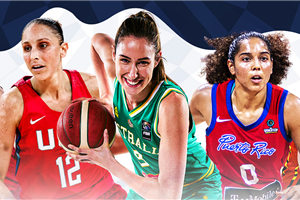 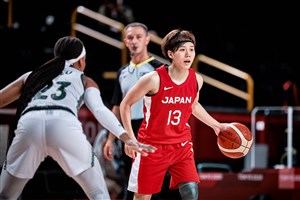 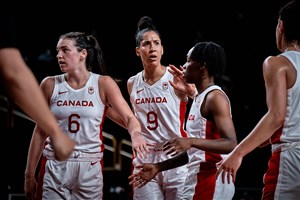