TOKYO (Japan) - In an Olympic Gold Medal Game for the ages, Kevin Durant took matters into his own hands as the United States pulled off an 87-82 thriller over France. The win capped Team USA’s fourth straight at the Men’s Olympic Basketball Tournament, a feat they haven't achieved since the 1960s.

For France, Tokyo 2020 marks the third time that Les Bleus played in the Olympic Final – all against USA and all finishing with France on the second step of the podium.

Australia bounced back from their Semi-Final loss to the USA but taking racing away from highflying Slovenia 107-93 in the Bronze Medal Game to complete the podium. Led by point guard Patty Mills’ heady play and 42 point outburst, the bronze marks the Boomers first win with an Olympic medal on the line.

Highlighting international interest in basketball and stiffening global competition, France came into the final with a two-game winning streak over the United States – having eliminated the USA in the Quarter-Finals from the FIBA Basketball World Cup 2019 and besting them in their opening Group Phase match-up here at the Saitama Super Arena. The Tokyo tournament also saw the Olympic basketball debut for the Czech Republic and Slovenia.

Down 14 late in the fourth quarter, France nearly pulled off a stunner. With sharpshooting, stout defense and a timely steal, Nando de Colo and Co. dwindled the USA lead down to 85-82 with 10.2 seconds to go.

When Team USA needed a hero, Durant carried them to gold once again. Fouled directly after the inbounds pass, Durant wouldn’t let Les Bleus get any closer, calmly hitting both free throws to seal the deal and set the final score.

Durant finished the final with 29 points, a Gold Medal Game point total only bested by Durant himself (30 points at Rio 2016 and London 2012) and compatriot Adrian Dantley’s 30-point effort at Montreal 1976.

With the win, the United States is enjoying its longest uninterrupted run of Olympic success since the nation won the first seven Olympic golds from 1936 to 1968. The USA have medaled in each of the 18 Olympics they have participated in, topping the podium in 16 Games editions. 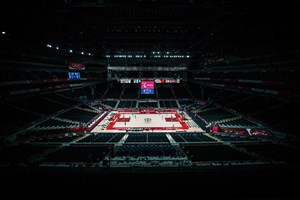 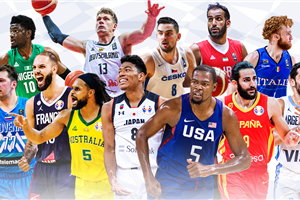