TOKYO (Japan) - After four fourth-place finishes in the past, Australia finally leave the Men's Olympic Basketball  Tournament with a win. This time, they'll come home claiming bronze, their first medal in men's basketball.

The Boomers came ready to run against Slovenia, not slowing down for a minute, and let Patty Mills do his thing offensively. With the shooting guard in fine form, Australia won the game 107-93 and ended the Slovenian fairy tale run into and through the first four games of the Olympics without a place on the podium.

Coach Brian Goorjian's men join the gold medal-winning Team USA and the silver medalist France to round up a rostrum of teams from three different continents.

After years of heartbreak and near misses, the Boomers clinch a first-ever men's Olympic basketball medal for Australia! 🥉

Patty Mills with a performance for the ages.

Turning point: It was a three-point game late in the last minute of the first half, but then Matisse Thybulle happened. He was on the receiving end of a Patty Mills assist, dunking down while fouled. Thybulle followed this up with a successful defense on Luka Doncic, then he dunked it at the buzzer, sending the teams to the locker room at 53-45.

Australia did not allow Slovenia to get back into the game the rest of the way, and once the FIBA EuroBasket 2017 champions came to within three in the fourth quarter, Dante Exum, Patty Mills and Joe Ingles all made big shots to enter the final 3:00 of the game at 97-86.

There was no comeback for Slovenia after that, despite Doncic's sensational triples.

Game hero: Patty Mills was very vocal about wanting to finish with a medal around his neck, and he showed what a team leader should do in a game like this one. 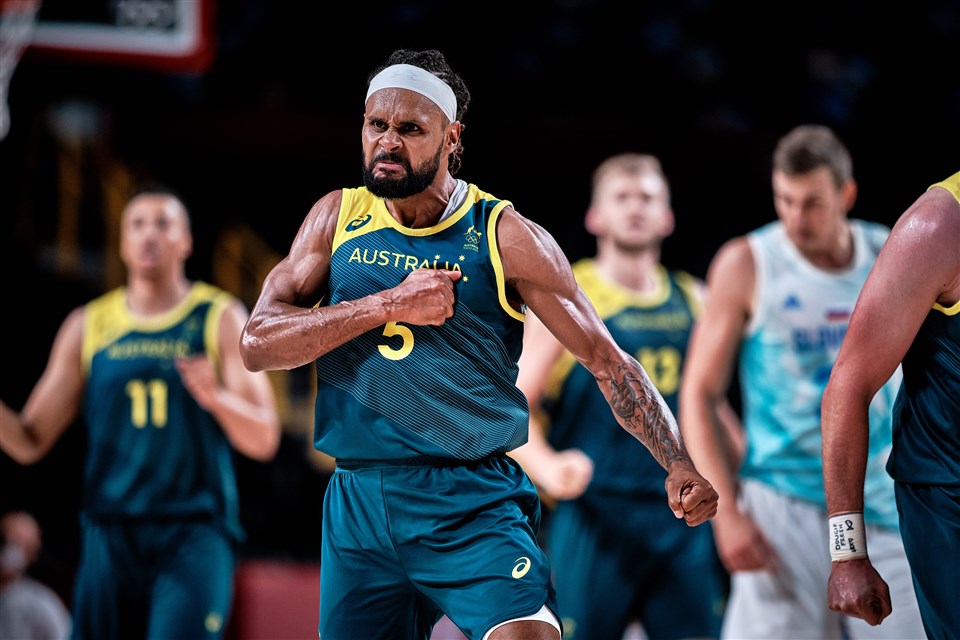 Mills had 42 points, his personal best for Australia, done on 15-of-31 shooting, with 9 assists. Honorable mentions: Joe Ingles with 16, Jock Landale with 14, Dante Exum with 12 and Matisse Thybulle with 11 and 3 steals.

Stats don't lie: In a battle of two high-speed squads, Australia were just a faster team. They had a 19-7 advantage in fastbreak points and 19-8 in points from turnovers. The Boomers were also careful with the ball, turning it over only 10 times compared to 17 by Slovenia.

Bottom line: The Boomers finally did their thing, while Slovenia go back home without a medal. Luka Doncic was clearly bothered by his left wrist which he injured in the Semi-Finals against France but still put together a notable performance with 22 points, 8 rebounds and 7 assists.

Coach Aleksander Sekulic can be proud of the way Klemen Prepelic reacted to having his shot blocked by Nicolas Batum as time expired 24 hours ago. Prepelic had 18 points off the bench, but not enough for the European champions to climb the podium.

They said: "I just tried to leave it all out there and it is a cliched thing to say that the tank was very empty. But you just knew that you needed to find deeper layers to be able to pull the best out of us for the team and that is what all of us done. Especially this guy to my right. We've been through a lot together, both on the court and off the court. It's all paid off." Patty Mills talking how special it is to win a medal with Joe Ingles next to him. 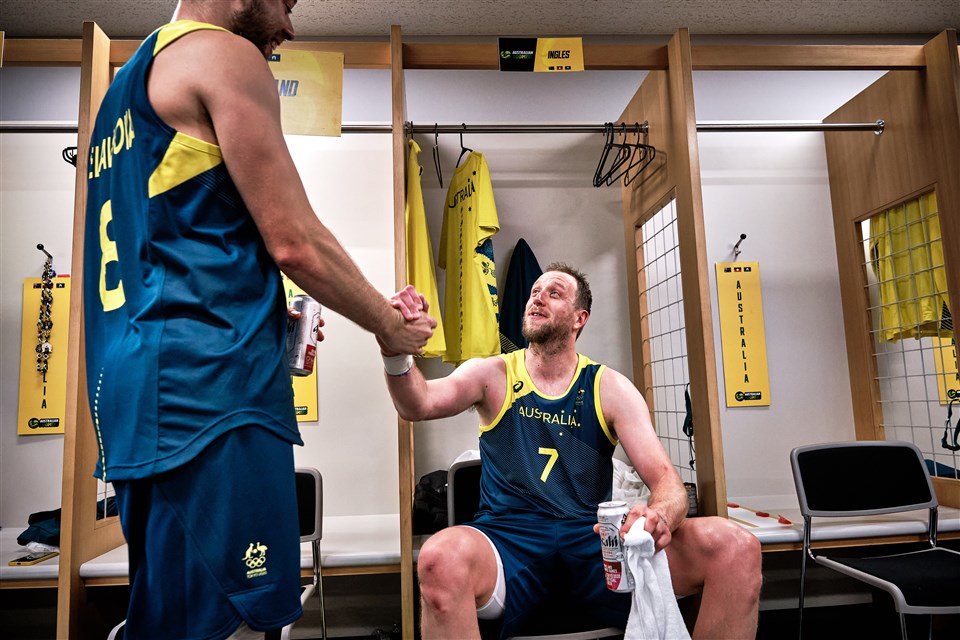 "Someone said that they heard Patty screaming that this one's for Baynes on TV. He is another guy who has been a huge part of this for a long time. He's another huge friend of ours. It was an unfortunate incident that he couldnt be here with the injury but he has been as big a part of this as we have." - Joe Ingles, didn't forget about his injured teammate Aron Baynes

"Respect to Australia. They played amazing and I can't say otherwise. It felt like they couldn't miss a shot and they obviously deserved it, because they played better than us. I am really proud of this team but I feel bad for the people in our country. I know everyone was cheering and we wanted to give them a medal and we wanted to win it. It was everybody's focus. We were a little bit too emotional in both games - especially me. I have got to learn form that and it is not the way I should be behaving. We played for our country of two million people and we wanted to get them that medal. We were away from our famalies and you can trust me that we really gave it our all." Luka Doncic

"I would like to point out one very positive thing and it is that I am one of the oldest guys in this team and I am only turning 29. It's a good future for us. Luka is young, Vlatko is young and many other players are younger than me so we will have a lot of opportunities left and this is not the last word Slovenia will have in the FIBA Basketball world." Klemen Prepelic

"Out of the four Semi-Finals, we were the only ones who played the FIBA Olympic Qualifying Tournament. We had to peak then. It's hard to have another peak in an event like this one. But we shook the world, everybody was afraid of us. I know that. Everybody was afraid of Doncic and Prepelic. We were together for two months, and I'm proud of them. And I have to say one more thing: this guy (Doncic) is playing against five guys every game, who are doing all sort of stuff against him. I understand it's frustrating for him, but he needs to be protected." Aleksander Sekulic, Slovenia head coach 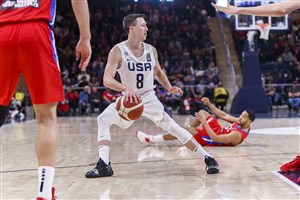 Don't forget about the other guys: ''Their only reward was seeing us win gold'' 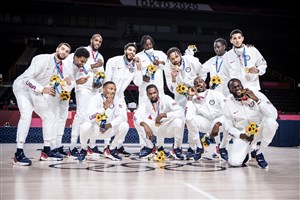