TOKYO (Japan) - The games in Saitama Super Arena tip off in less than ten days. Sounds like a good timing to check up on the form of the teams in our first edition of the pre-event Power Rankings.

Now, if you followed our other pre-event Power Rankings in previous events, you're probably already mad at me. I probably didn't respect your team enough; how could I put them so low when they are about to win everything, this is not acceptable and I will regret writing this, and who cares what I think anyway and all of that stuff. Okay, I get it. I've heard it all before. We've heard it all before. Chill.

These aren't the predictions of who will pick up which medal. These are the Power Rankings. Sometimes* they end up being the same as the final standings on that last Sunday of basketball. But more often than not, they are already changed from the time we click "Publish" to the final buzzer of the next preparation game somewhere in Las Vegas, USA or Okinawa, Japan, because the power of the teams has changed, too.

Now that we've gotten the intro part out of the way, it's time for the actual rankings. 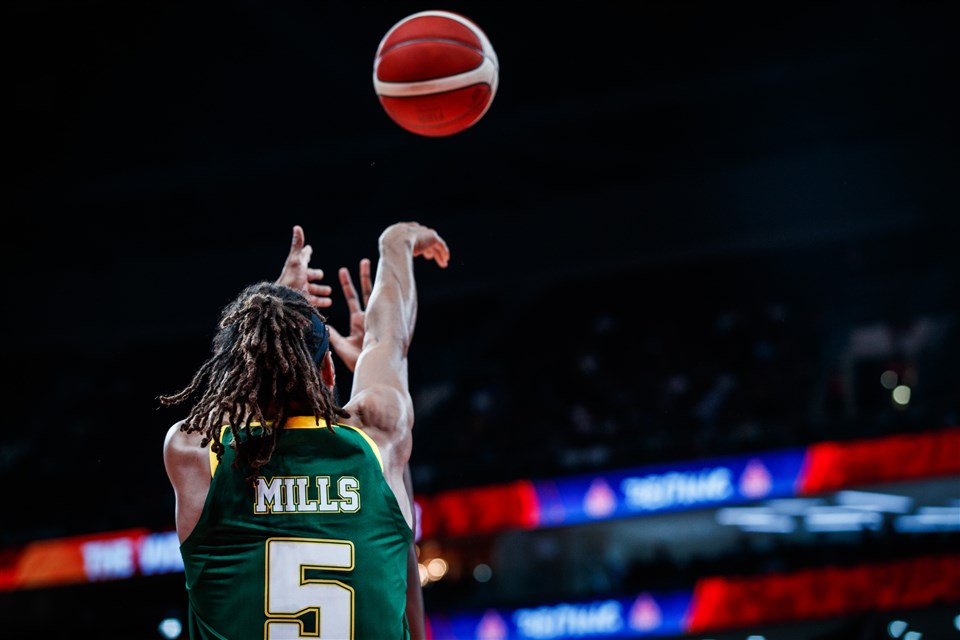 The entire world probably wants to see the Boomers climb the podium in Tokyo. Finally. Because they have been the sweethearts of the 2016 Rio Olympics, and the FIBA Basketball World Cup 2019 in China, yet they ended up in the fourth spot both times around. They went 3-0 against the USA, Argentina and Nigeria in their preparation games so far, showing they clicked instantly with their new head coach Brian Goorjian. Their other game against the USA was cancelled, so they miss a chance to cement that #1 spot ahead of the Olympics. 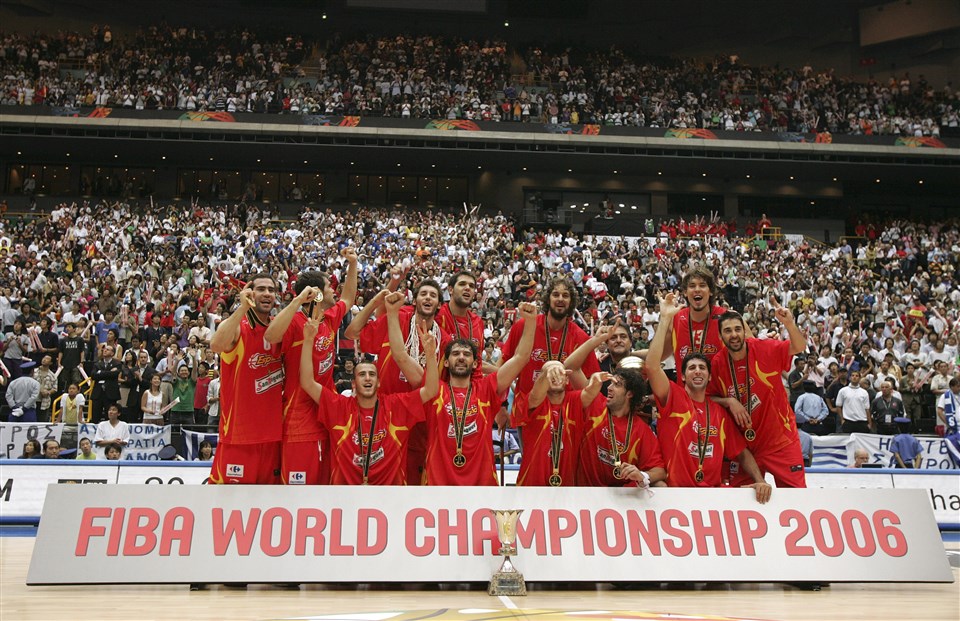 Spain are doing their thing, again. Some numbers to prove that winning is a habit: They went 4-0 in their first four preparation games, scoring 89.2 points per game while allowing 67.5 at the other end, Pau Gasol scored his 3,600th point for the national team, Rudy Fernandez climbed over 4500 minutes played for Spain, Ricky Rubio scored his 1000th point for the squad, and Pau and Marc played their 115th game together. Oh, you know when the Gasols played together for the first time? Back in 2006. In the Saitama Super Arena. We all know how that one ended, as evident by the photo less than a scroll ago.

This is the confusing and confounding part. Is number 3 too low? Because we're talking about Kevin Durant, Damian Lillard and others here. Or is it too high? As they lost two games in a couple of days, the same amount of exhibition games lost from 1992 to 2021. They did defeat Argentina with ease three days ago, so it looks like they could be back on track to win their fourth Olympic gold in a row - the last time the USA won four straight gold medals was back in the 1960s...

Around that time when we had the FIBA Basketball World Cup 2019 Power Rankings, I started receiving a lot of Alcoholics Anonymous spam mail. Because people kept saying I must be drinking. Because I had Nigeria as high as #7 among the 32 teams two years ago. Okay, let's ignore the fact that I was completely wrong and they finished 17th back then, you still get the point. Naija = feel-good team! Coach Mike Brown created a monster, they defeated the USA, they blew out Argentina, and most importantly, they won the Internet.

Can't wait to see that Luka kid dish out crazy no-look passes, break ankles with his absurd handles and hit those long-range three-pointers from just about anywhere on the court! That's right. Luka Rupnik is a legend!

👌 It seems that everything is going in for 🇸🇮 guys named Luka these days...
🤷‍♂️ @LukaRupnik5 @Luka7Doncic#BasketballCL pic.twitter.com/OFX2X10dUE

(On a more serious note, Slovenia get #5 here because that other Luka, Doncic, silenced the raucous crowd in Lithuania in the OQT Final in Kaunas. Not a lot of people can silence basketball crowds in Lithuania. Special.)

Two defeats to arch-rival Spain did not worry France ahead of the Olympics. In fact, it seems like they arrived in Japan feeling good, ready to play the "hide your hand" card when somebody mentions their winless bouts against Spain ready to say that they've saved the best for the opening day of action in the Saitama Super Arena. Oh, it's gonna be a good one. France vs USA, last game of the program on July 25. Remember, France were the ones who eliminated coach Gregg Popovich and the rest of the USA in the Quarter-Finals in FIBA Basketball World Cup 2019.

The idea was always going to be to win the Belgrade FIBA Olympic Qualifying Tournament and then wait for the sharpshooting European player from the Atlanta Hawks to join the team for the Olympics. But everybody expected Serbia to be the team and Bogdan Bogdanovic to be the player, so the fact that Italy made it and got Danilo Gallinari for the Games, that's already amazing. Their opener against Germany could be the one that sends them through since both Australia and Nigeria looked unreal so far this summer. Then again, the Italians decided to make 2021 their year, they won the UEFA Euro 2020, the OQT in Belgrade, the Eurovision Song Contest...

We won't talk about Argentina going 0-3 in their preparation games in Las Vegas, USA. Okay? Okay. They weren't impressive at all heading into the FIBA Basketball World Cup 2019, either, and yet, they finished as the runners-up of the event, pushing Spain to the limit in the championship game. Losing friendlies could be a good sign for Argentina when you put it that way. But losing friendlies also means they are #8 here.

Here's the deal. Their defeats to Belgium and Finland aren't really newsworthy. Because the real deal starts right about as you are reading these lines - a soldout arena is witnessing the return of Rui Hachimura and Yudai Baba - even if they won't be spectators allowed in the stands at the Olympics in Tokyo. This 11th spot isn't really fair to the hosts, because we are yet to see them play with their full roster.

Iran troubled Spain back at the summit in China in 2019  but were nowhere near to an upset in the two exhibition games played in Spain this summer. A pair of defeats by 43 and 27 in Madrid and Valencia, respectively, serve as another wake-up call since Iran also went 1-2 against Japan earlier in the preparation period. While the elimination phase may be a tough task for them, Iran will try and end the drought by simply winning a game at these Olympics. Their last win at the Summer Olympics was way back in 1948. 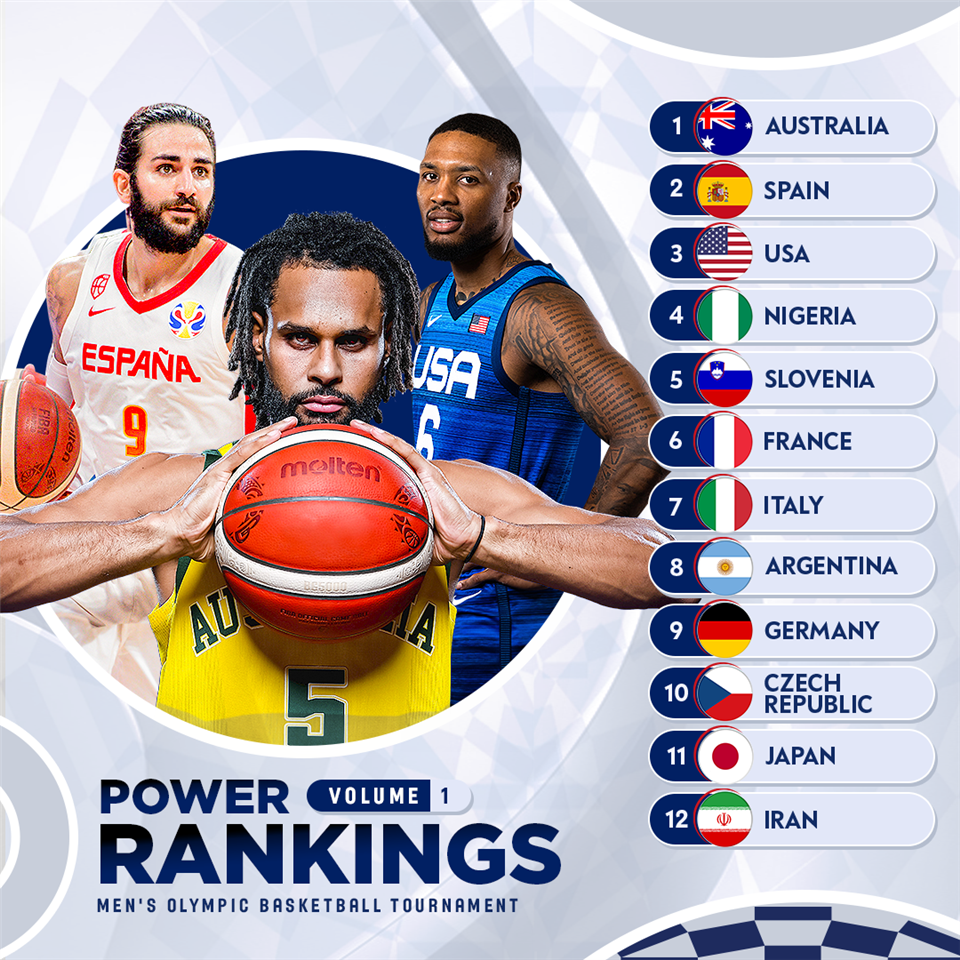 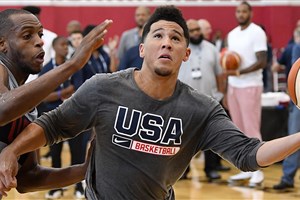 NBA Finals star Booker has one eye on Tokyo

Luka Doncic | You Can't Guard Him! 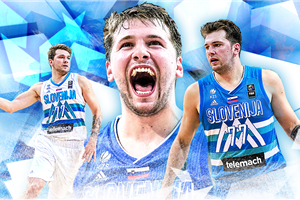