MADRID (Spain) - Pau Gasol has achieved nearly everything he's set out to do in his famous basketball life, from leading Spain to numerous titles to enjoying a successful NBA career, one that includes a couple of championship-winning seasons with the Los Angeles Lakers.

His next big aim as a sportsman is to become a five-time Olympian.

To do that, he'll have to fully recover from the foot injury that kept him off Spain's all-conquering team at the FIBA Basketball World Cup 2019 in China.

He had wanted to play for Spain at the Olympics in Japan this summer but the COVID-19 pandemic forced the International Olympic Committee to postpone the event until 2021.

"I was hoping before everything changed and got postponed, or cancelled, that I was going to have enough time to heal my injury, to get in an appropriate shape to be able to compete and play and still, at 40 years old, play my fifth Olympics this summer in Tokyo," Gasol said in an interview with the Olympic Channel.

"IT IS VERY MUCH STILL A DESIRE TO BE ABLE TO PLAY MY FIFTH OLYMPICS AND POTENTIALLY THAT BEING MY VERY LAST TOURNAMENT."- Pau Gasol

"Now I have more time to recover, but I will have to play competitively in order to get to the summer of 2021 at a high level and be able to compete and help my country, which is not a bad thing.

"It is something that might excite me, being a very challenge-driven person and always very ambitious.

"It is very much still a desire to be able to play my fifth Olympics and potentially that being my very last tournament."

"I've had an incredible career so i'll be happy regardless"

We spoke with @paugasol at home about a possible fifth Olympics, what it means to inspire, and those who inspires him.

Gasol was the MVP of the World Cup in 2006 when Spain went undefeated in Japan, and also at FIBA EuroBaskets in 2009 and 2015, when the national team also reached the top of the podium in Poland and France, respectively.

In his four Olympic tournaments, Gasol and his national team have played very well, reaching the Quarter-Finals in 2004, capturing silver in 2008 and 2012 and bronze in 2016.

What has been just as important as the inspiration that Gasol has provided on the court over the years has been his dedication to humanitarian causes.

He has been a UNICEF ambassador for the past 17 years while in 2013, Gasol and his brother, two-time World Cup winner Marc, established the Gasol Foundation to help to promote community health and healthy living habits, especially by preventing and fighting childhood obesity. 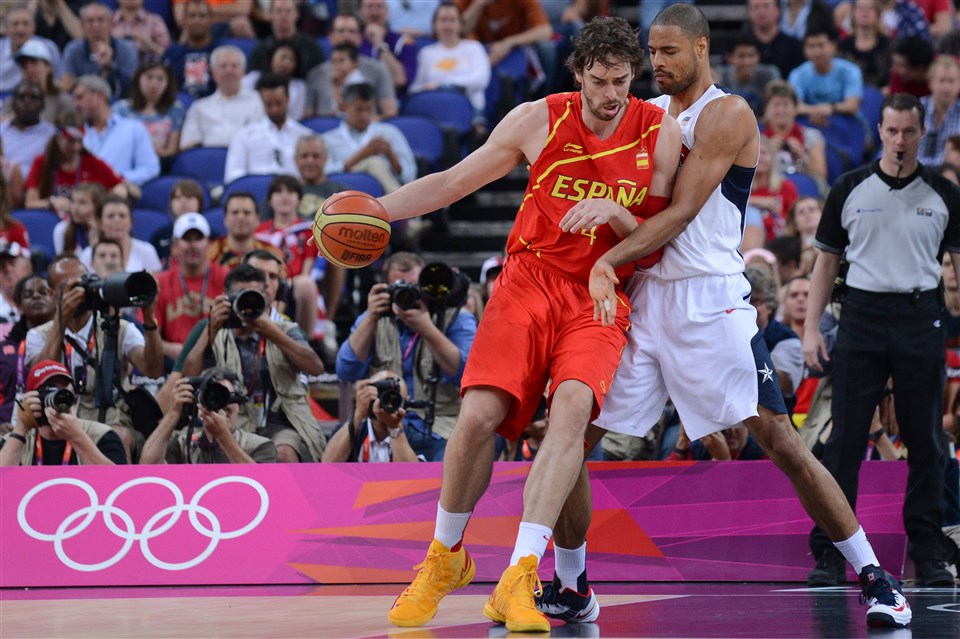 Pau Gasol has also set a good example by helping in the battle against COVID-19. At the end of March, he and Spanish tennis star Rafa Nadal launched the #NuestraMejorVictoria (Our Best Victory) campaign, which has the objective of raising €11 million to help residents in need during the health emergency.

"The care workers, the first responders, the nurses and doctors that are working extremely hard right now through the crisis of the coronavirus are extremely inspiring," Gasol said.

"People that work around the clock putting themselves at risk for the better of their peers and society and their countries and their communities - those people are inspiring.

"People that are trying to figure out a way, whether it's from the medical field, from the scientific world, from the Government, from everyone's position.

"If you do everything that you can in order to contribute something bigger than yourself, that's inspiring to me.

"So all those things are inspiring.

"We have just got to really do that in order to get out of this crisis the best way we can."

Gasol knows right now the priority is to survive and ultimately beat COVID-19. That has his attention right now. Once the world is able to gain the upper hand in the crisis, he will be able to turn his full attention back to basketball.

If he is able to make it back and to play for Spain in Tokyo, getting to the top of the podium would be an ideal way to sign off as a Spain player.

"I don't know if there is such a thing, you know, as a perfect ending," he said. "Obviously winning an Olympic medal, a gold medal, would be, I think, the best possible way that you could think of.

"I've come to terms with the fact that if I didn't have the chance to play again, I've had an incredible career so I'll be happy regardless.