TOKYO (Japan) - The dust has just begun to settle on the men's Olympic Tournament that had plenty of twists and turns.

We'll never forget the brilliance of Kevin Durant in crunch time, when he revealed himself to be arguably the best U.S. Olympic player of all time with his performance in the American wins over Spain, Australia and France. And we'll have Luka Doncic's genius permanently imprinted on our memory banks.

Each and every game had its own story. But what are going to be the plays or events that we remember for eternity?

In our opinion, these are the unforgettable five.

The standing ovation for Luis Scola

Has there ever been a more poignant moment in international basketball than what happened in the final minute of Australia's Quarter-Final triumph over Argentina? Sergio Hernandez, the Argentina coach, took his five-time Olympian Luis Scola out of the game and as he walked to the bench, the world seemed to stop. Everyone in the Saitama Super Arena turned their attention to Scola, stood and clapped, showing both reverence and love for an icon that had logged his final minutes as a national team player. 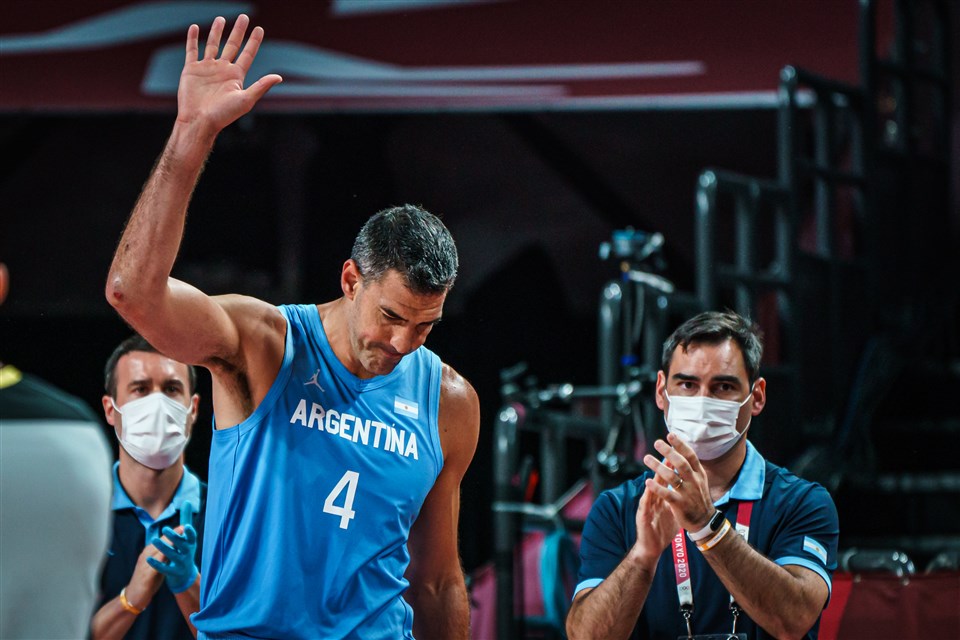 In the USA Quarter-Final win over Spain, Tatum took Sergio Rodriguez's layup attempt off the rim in the second half, then immediately after buried a three-ball at the other end - and then connected from beyond the arc again one possession later. Instead of it being a 6-point lead for the Americans, they stormed into a 15-point advantage in a matter of seconds. 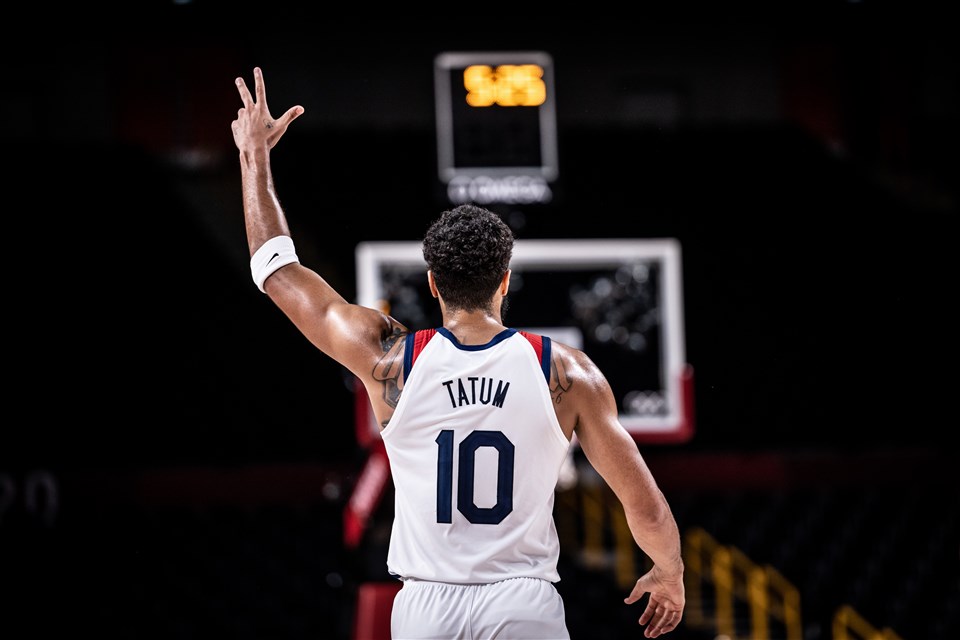 Durant turns the tide against Australia

Coming out of a timeout and as Australia had the wind in their sails with a 41-26 lead,  Kevin Durant immediately buried a mid-range jumper to trigger a 17-4 run to close the first half. Intermission did nothing to the USA momentum as they  pulled away immediately in the second half for a decisive victory. 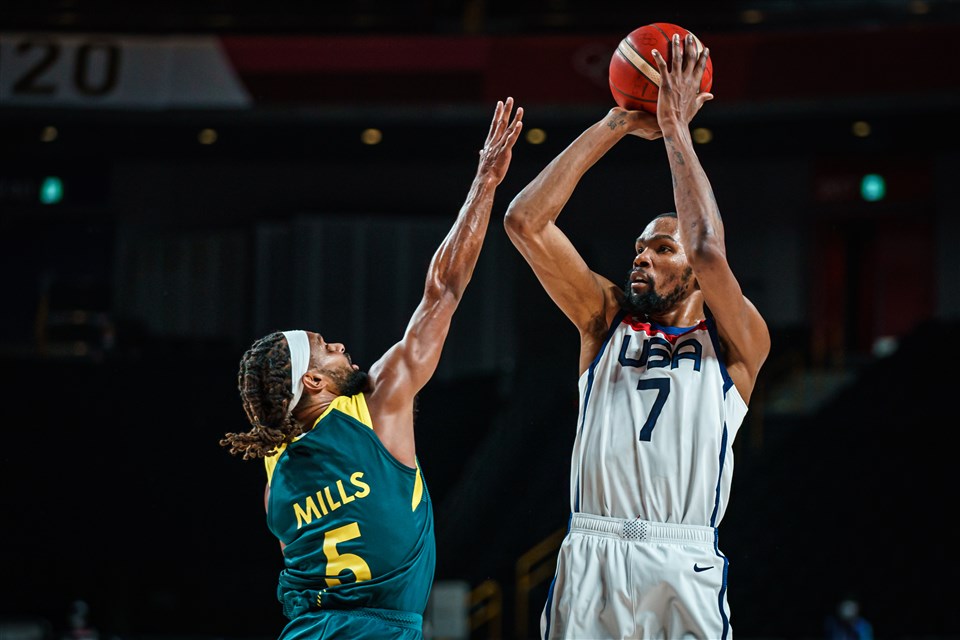 Batman to the rescue

With Slovenia about to get a Klemen Prepelic layup to stun France in their Semi-Final, Nicolas Batum - always highly regarded for his defensive nous and overall talent - reacted quickly to block the attempt and preserve a 90-89 triumph that sent France into the Olympic Gold Medal Game. 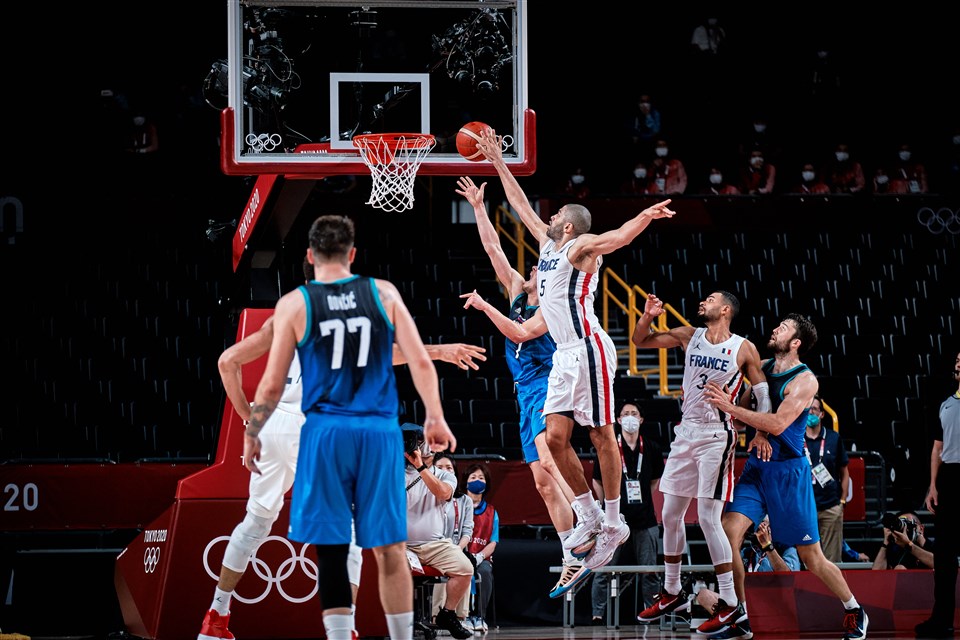 After multiple near misses in their long history of participation at Olympic Games and FIBA Basketball World Cups, Australia defeated Slovenia in the Bronze Medal Game to reach the podium.  Down Under we're sure Andrew Gaze, Luc Longley and many others were immensely proud of what this Boomers team was able to do in Tokyo. 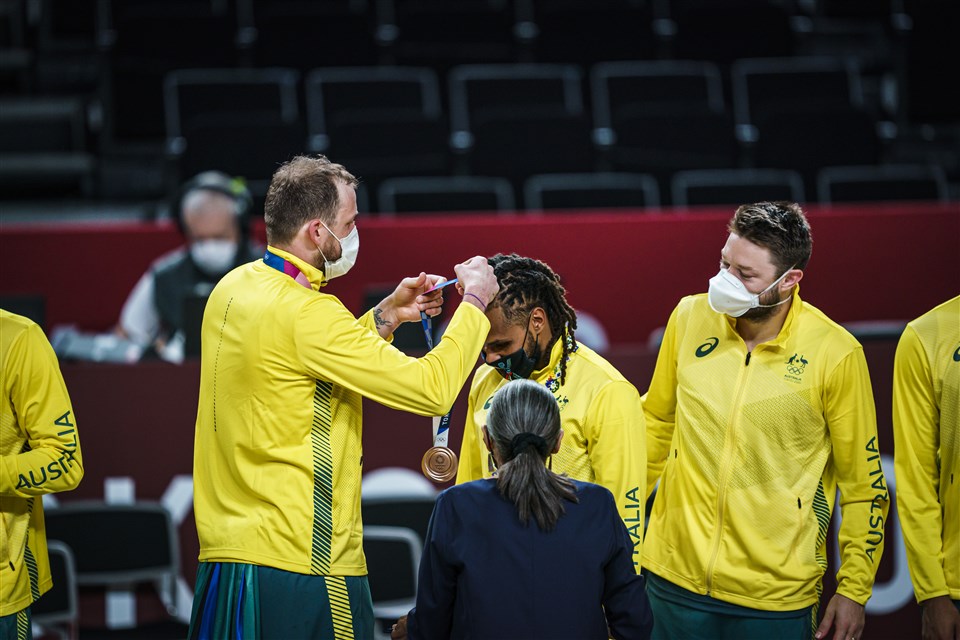 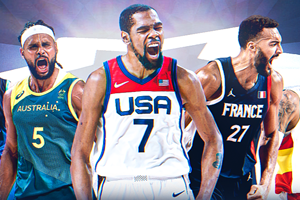 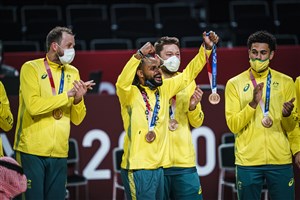