Fan Vote: Who is your MVP of the Men's Olympic Basketball Tournament?

TOKYO (Japan) - The FIBA Men's Olympic Basketball Tournament has had a bevy of spectacular performances. Now, here's your chance to vote for who you think is MVP of the competition before the last two contests, the Gold and Bronze Medal Games.

The fan vote is below, along with some information on each player in contention, or perhaps you feel someone else not listed has been MVP so far. Let us know - we want to hear from you!

Want to know more about the MVP contenders? We got you covered. 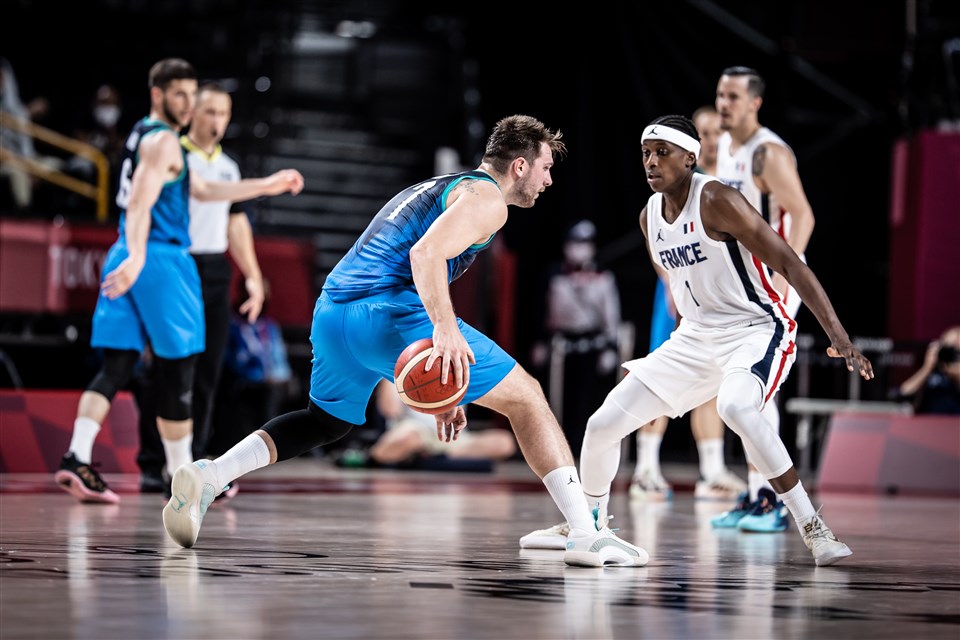 It's tough enough to make an impact at your first Olympics and even harder to average a triple-double in points, rebounds and assists, yet when it comes to Doncic, we are not surprised. Doncic has not only led Slovenia from the first minute he started training before the FIBA Olympic Qualifying Tournament (OQT) in Kaunas, he has infused in all of his teammates an enormous amount of self-belief so that even they do things on the court that continually amaze us.

When it comes to triple-doubles, Doncic became just the third player in Olympic history to pull off the feat in Slovenia's Semi-Final defeat to France when he had 16 points,  10 rebounds and 18 assists.  Alexander Belov had one for the Soviet Union in 1976, and LeBron James had one for the U.S. in 2012. Kevin Durant isn't all about scoring, although he does that in buckets and especially in those difficult moments if the USA are trailing. He has once again put the Americans on his back in the stressful moments of games and fearlessly led to victories, especially against Spain in the Quarter-Finals and Australia in the Semi-Finals.

When it comes to points, at this Summer Games - this third - Durant became his country's all-time leading scorer in Olympic competition. Durant is not just a scorer, but a player that protects the rim, claims important rebounds and or finds open teammates for timely baskets. He does whatever his country needs to win. He'll be a star attraction in the Final against France. 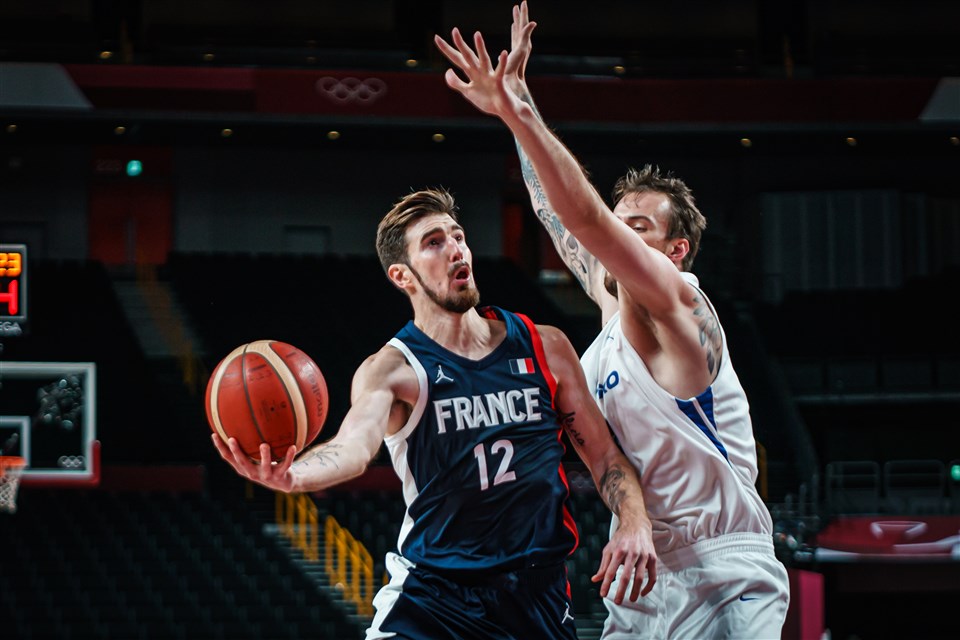 The guard who once played in the shadow of Tony Parker is now a superstar in his own right with a medal at the Olympics the only thing missing from his CV. De Colo plays with a mixture of calm but also raging fire when needed and has always been the conductor of the French orchestra when they have the ball.

De Colo is so smooth that his toughness might not always be appreciated yet there is no doubting the grit and resolve that he displays, qualities that have been on show for this entire Olympics as France have won all of their games. 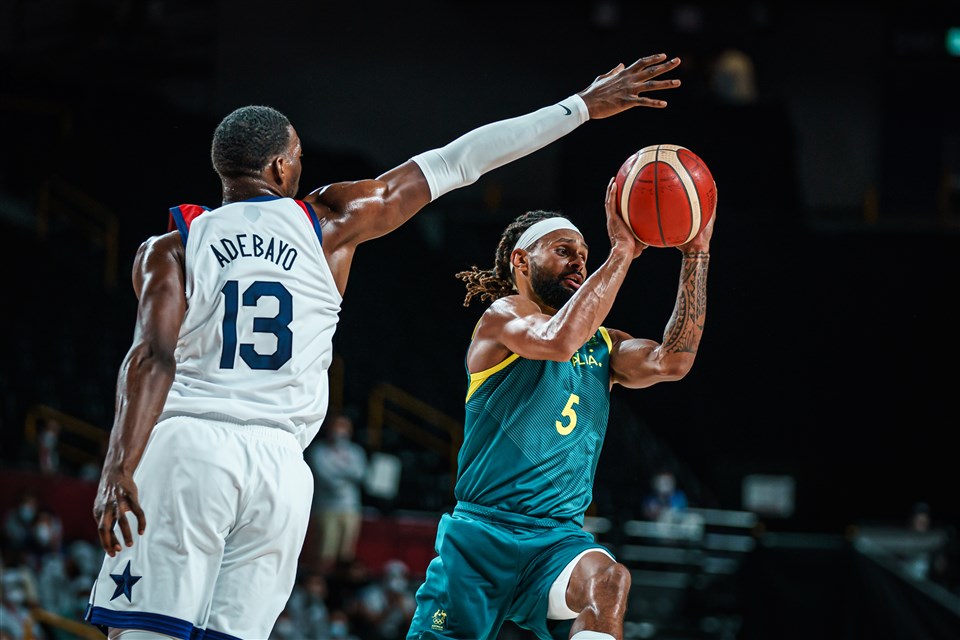 It's not the size of the dog in the fight, but the fight in the dog that matters. There is a lot of fight in Mills, Australia's flag bearer at his fourth Olympic Games and the Boomers' talisman not just for his skills and talent, but his veteran leadership. Mills, possessing a burning desire to help get Australia's men first medal at a major event - the Olympics or FIBA Basketball World Cup - has drilled multiple three-pointers and scored in double-digits in each game. 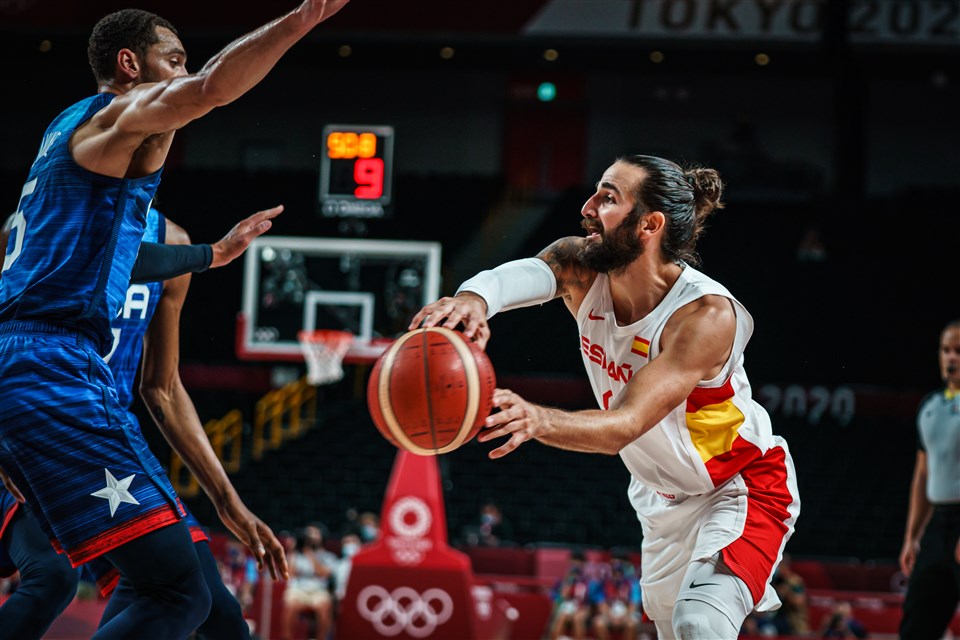 Rubio has gone from being an important player in the Spain national team to THE player, the man who pulled the strings in their FIBA Basketball World Cup 2019 triumph when he was MVP of the tournament and  the man who drove them forward at the Olympics.

Always hailed for his passing and dribbling, Rubio has led the competition in scoring. Despite Spain's Quarter-Final defeat to the USA, he had a classy 38-point effort. With Spain eliminated, Rubio's 52.2 percent shooting from the floor ranks seventh before the last day of action. 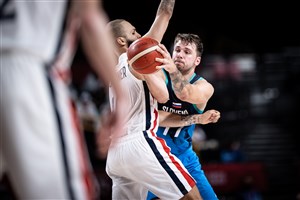 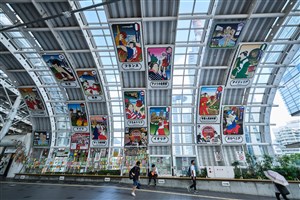