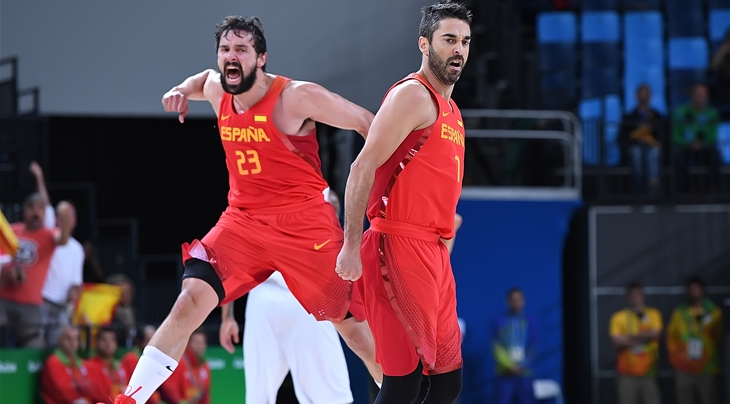 Spain sweat it out against Nigeria to claim first win

RIO DE JANEIRO (Rio 2016 Olympic Games) - Spain dodged a bullet fired by Nigeria on Thursday night and won 96-87 to boost their chances of a top-four finish and a place in the Quarter-Finals.

Silver-medalists at the last two Olympics, Spain jumped out to an early 16-point lead in the bizarre setting of an empty Carioca Arena 1 as Federal Police and the Brazilian Army carried out a controlled explosion following the discovery of a backpack that had been left near a trash can in a bathroom.

The Spaniards appeared to be cruising but then Nigeria had a huge turnaround and, thanks in large part to Chamberlain Oguchi's three-point shooting, the D'Tigers took the lead by a point late in the last minute of the third quarter.

Spain hurt themselves when Pau Gasol argued with a referee about a foul and drew a technical. That put Nigeria into the bonus and Ekene Ibekwe sank two free-throws before Josh Akognon made the technical free-throw.

Spain took the lead at the start of the fourth quarter and held on for the victory.

Turning Point: With Spain in big trouble and Gasol on the bench after picking up his technical, Juan-Carlos Navarro started the fourth quarter with a three-pointer - one of his three on the night - before Willie Hernangomez threw down a dunk and the Europeans never trailed again. Nigeria did twice pull to within a point on Oguchi three-pointers but Spain had an answer each time.

Hero: Oguchi was on the losing side but he performed in heroic fashion with a blistering display from long range. As a team, Nigeria were 13-of-35 from three-point range and Oguchi, the AfroBasket 2015 MVP, drilled 7-of-12 as part of a game-high 24 points.

Bottom Line: Spain got the win and that's all they wanted. The tough game and victory may have also sparked them into life. Crucially, Navarro found his shooting rhythm and connected on 3-of-5 from beyond the arc. If the 36-year-old, in his fifth Olympics, becomes a factor the rest of the way, Spain will be a far more dangerous team. Nigeria have taken a step in their development as a very competitive side in international basketball and they still have a chance of a top-four finish, although the Africans will have to beat Brazil and a very impressive Croatia. 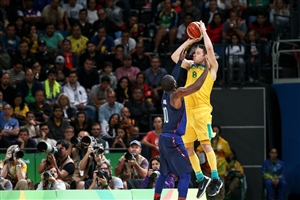 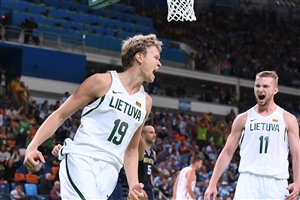