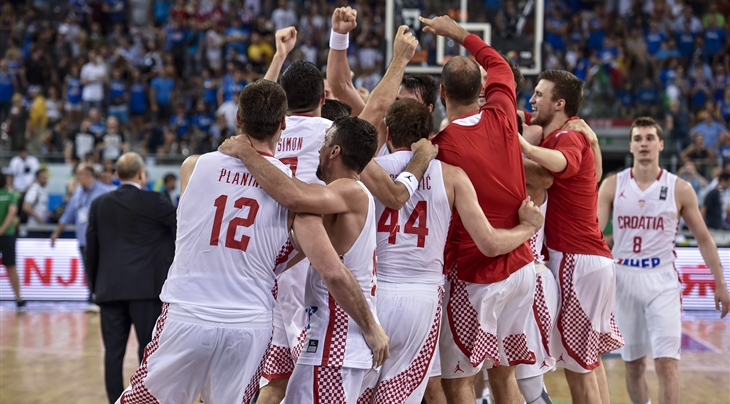 ZAGREB (Rio 2016 Olympic Games) - Croatia coach Aco Petrovic indicated after his team's FIBA Olympic Qualifying Tournament (OQT) triumph in Turin that he was likely to call on the same 12 players for the Rio de Janeiro Games. That is exactly what he has decided to do, to take a squad that pulled off the biggest surprise of all three OQTs by making it to Brazil.

Croatia were not the favorites at the event staged 4-9 July but rebounded from a defeat to Italy on Day 2 by beating Tunisia, then Greece in the Semi-Finals and finally the Italians in a rematch.

Petrovic had said in the post-game press conference that his 12 players had earned the right to go to Brazil while at the same time admitting there were one or two spots in the team that could be strengthened.

"I need to make one or two changes to reinforce the team, but I'm in big doubt," he said.

"And probably I'm not going to make any changes because this team came when nobody believed in them. They stayed for one month, or 32 days together. And now, I'm in a difficult situation.

"I need to have a little bit more quality in the rotation. But I can't turn my back on the team that made this qualification. I need to think."

Among those in the team are OQT Most Valuable Player Dario Saric. Since his qualification for Rio, Saric has signed a contract with Philadelphia to play in the NBA.

Other leading players in the team will be Bojan Bogdanovic and Krunoslav Simon.

At the Olympics, Croatia will play in Group B against Argentina, Brazil, Lithuania, Nigeria and Spain. 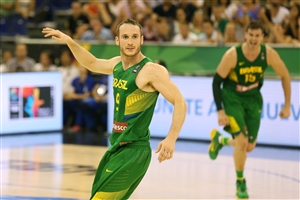 Lakers guard Huertas says he is still the same player

Diop's time with Spain over for this summer 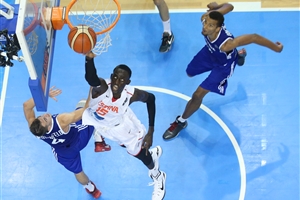