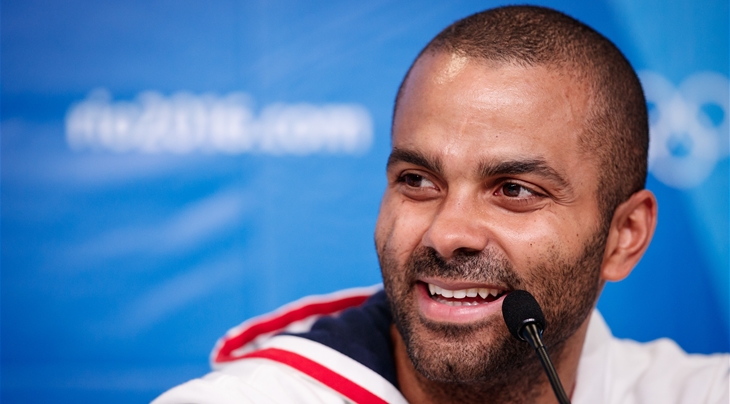 Parker on national team: 'I don't regret one second'

In the Olympic Quarter-Final that everyone expected to be an intense battle as others have been between the two countries in recent times, Spain streaked out to a huge early lead and never looked back, winning 92-67.

Spain had most recently defeated hosts France after overtime in the Semi-Finals of last year's EuroBasket in Lille.

Tony Parker hangs it up, says #Rio2016 was his last time playing with France (via @briancmahoney) pic.twitter.com/zk7SzKwrw6

The 2016 Olympic result was one that Parker and French fans could never have imagined, so thorough was the beating.

It came in the last national team game of not only Parker but Florent Pietrus and Mickael Gelabale, three veterans that have given so much to the cause for more than decade. Tony Parker played in his last game for France

Parker was sad that France did not win a medal in Rio yet is already looking back fondly on his time in the national team jersey. He is the most important player in French basketball history.

"The last 16 years has been great and I don't regret one second," he said.

"I'm obviously disappointed that we lost the game and think we could have done a lot better but Spain was just great tonight. We made a decision to stop Pau (Gasol) and (Nikola) Mirotic goes off, but that's basketball."

Mirotic was virtually unstoppable. He had 23 points and scored many of them from long range. When the game was over, he had connected on 5-of-8 attempts from beyond the arc.

"But at the same time, I don't want to throw away everything that we've done the last 16 years, the last eight or nine years with coach (Vincent) Collet," Parker said. "I'm very proud of what we did with the national team. It's the best results in the history of French basketball.

"For the first time in history, we went to two Olympics in a row and the last five years, we've gotten a medal every year. I just don't want to, like my whole team, (say) don't forget what we all accomplished. In 2005, it had been 50 years since French basketball had won a medal."

That was the year that France finished third at the EuroBasket in Belgrade, although even that experience could very easily have been sweeter because Greece pulled off a dramatic comeback to beat the French in the Semi-Finals.

"So I think we put French basketball on the map," Parker said. "Obviously, we played against a great generation of Spain because we played them the last six or seven years and we won some, they won some. It was just a great rivalry.

Spain had a great generation. If it hadn't been for Spain, I would have had 10 medals, 15 medals. But life is like that. - Parker

"They won tonight, that's why I give them credit. (But) As a French player, I'm very proud of what we did with my generation in winning all of those medals. Especially 2013 will be my favorite moment because that was the first time in French basketball history that we won a gold medal."

Parker and France beat Spain in a thrilling Semi-Final at EuroBasket 2013 before defeating Lithuania to reach the top of the podium. That was a good Spanish side, too, only with NBA All-Star center Marc Gasol and not his brother, Pau.

When Parker displayed a sense of humor in his post-game press conference by saying, "I felt like Spain was the Spurs", he could have added that the Spurs are going to be more like Spain this coming season because Pau Gasol has signed for the team. Pau Gasol will play with Parker in San Antonio

Gasol, Spain's leading player, will be a teammate of Parker. The two are good friends.

"I'm very happy to play with Pau," Parker said. "He's a great friend. I've been playing against him since I was like 14 years old. We're great friends off the court. We go to dinners, stuff like that, double-dates, I was so happy that he decided to come and play with San Antonio.

So Spain will now fight for the medals. They will take on the USA or Argentina in the Semi-Finals.

"Spain had a great generation," Parker said. "If it hadn't been for Spain, I would have had 10 medals, 15 medals. But life is like that."

Parker then joked again: "I beat Pau a lot in the NBA so, it balances out." 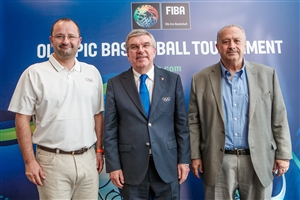 IOC President Bach: 'The competition has been at a very high level across all sports and of course in basketball'

USA cruise past Argentina, set up showdown with Spain for place in Gold Medal Game 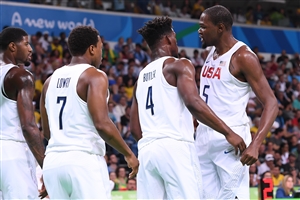