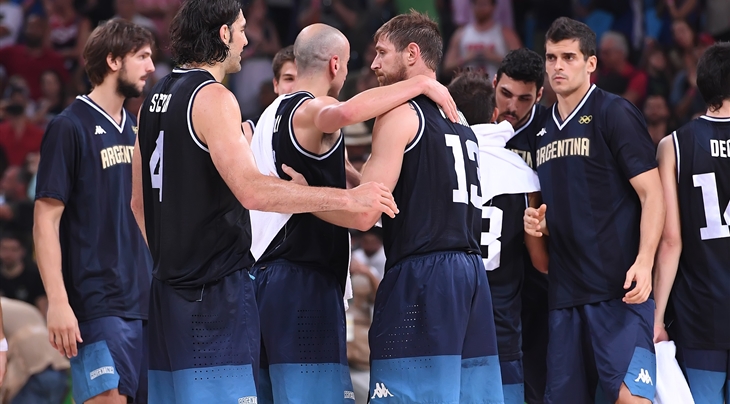 It's over for Argentina greats Manu and Nocioni

RIO DE JANEIRO (Rio 2016 Olympic Games) - International basketball waved goodbye to a couple of Argentina greats on Wednesday night when Manu Ginobili and Andres Nocioni played for the final time for the national team at the Rio de Janeiro Games.

Ginobili, 39, and Nocioni, 36, are long-time players for their country, members of the side that reached the title game of the 2002 FIBA Basketball World Cup. Two years later and they helped Argentina capture the Gold Medal at the Olympics.

In one picture tells you everything you need to know about #GeneracionDorada. Saludos for the great moments! #ARG pic.twitter.com/f8Ffw5bHkG

This year, they played as El Alma reached the Quarter-Finals but the United States beat them in the last eight on Wednesday night, 105-78.

"This is my 20th year since my first game with the national team," Ginobili said. "I'm very proud. And at the same time, I'm happy - sad and happy because having the opportunity to play this game at 39, it's not something that happens often.

"How many athletes are my age, especially basketball players? I'm so incredibly lucky to have stayed healthy, to have played with some of the same guys for so long and having done so well with my team - it's been an amazing run. I'm very proud of it."

"I hope the next generation looks up and believes they can dream. We dreamed that we could beat the best teams in the world, and we did." - Nocioni

Nocioni signed off with a very good tournament. He had a career-high 37 points in the team's double-overtime triumph over Brazil.

"Well, I will retire today as well," Nocioni said. "Today is a dream come true ... I come from a small town, to be here, next to these giants is unthinkable.

"I hope the next generation looks up and believes they can dream. We dreamed that we could beat the best teams in the world, and we did.

"The kids, they have to learn to dream and work hard to do what we achieved. I think we can do this again, I have no doubt others can do this after us."

USA coach Mike Krzyzewski and four-time Olympian Carmelo Anthony made a point to speak to Ginobili after the game.

"They congratulated me," Ginobili said. "They were very kind, very respectful, and when legends of the game show their respect, it has an extra value.

"They didn't have to do it. They could have just shaken my hand and then go do their thing and go think about Spain, but they spared some very kind words, respectful words. I truly appreciate it." 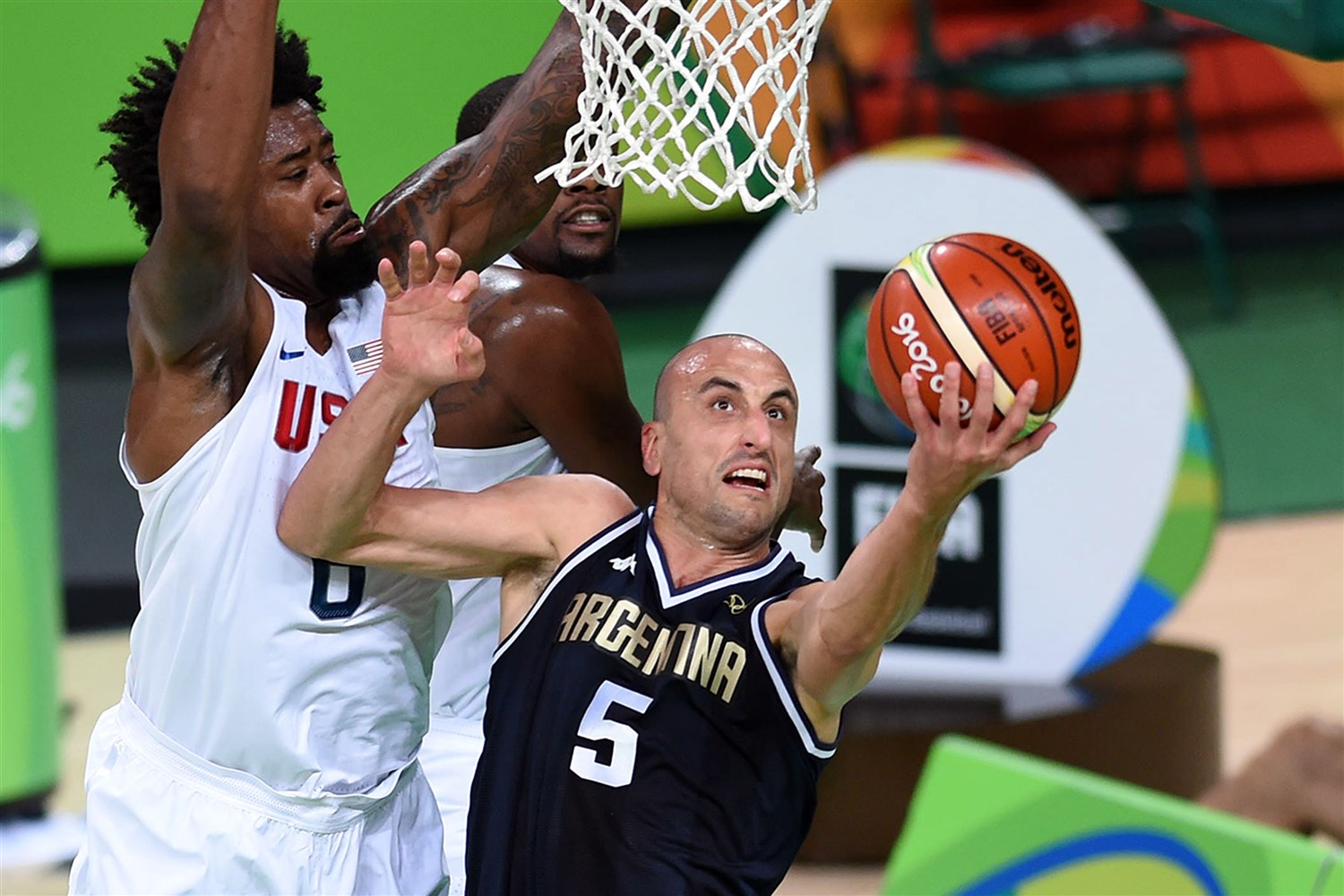 Ginobili played his last game for Argentina against the USA

Nocioni and Ginobili have had hugely successful careers outside of the national team. Ginobili has won four NBA titles with the San Antonio Spurs and continues to play for the team while Nocioni spent several seasons in the NBA but is now in Spain with Real Madrid and remains one of the top players in the league.

"It was a pleasure to share all these moments with Manu, Luis (Scola), Pablo (Prigioni), they're all like my brothers. It was good having the young players around too. It was a pleasure, but this cycle had to come to an end."

Nocioni always wanted to take part in the Olympics and he realized that dream in Athens.

"I'm very happy that I took part in an historical cycle, this was unthinkable to me," he said. "I thought about being in the Olympic Games once, and now I'm retiring with four, there is no way to explain this rationally." 'El Chapu' Nocioni was a terrific all-round player for Argentina

Ginobili will treasure the memories.

"I'm proud of the longevity, the way we played the game, of all the things we accomplished, the friendships and the camaraderie we created, so I'm proud of a lot of things," he said.

Ginobili had to check himself while he answered questions about his career with Argentina.

"It has been an incredible era," he said. "It is something very important in your life that is ending, and that means a lot, so you've got to think of so many things, and well, (it) makes me feel a little emotional." 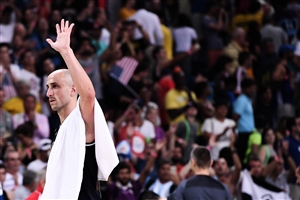 Irving has a lot of respect and love for Ginobili 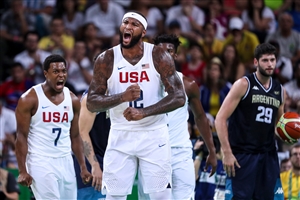