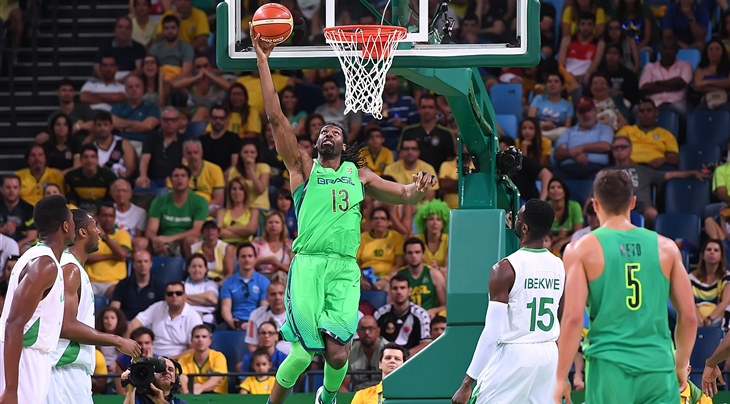 RIO DE JANEIRO (Rio 2016 Olympic Games) - Brazil beat Nigeria, 86-69, in their last Group B game on Monday to give themselves a chance of advancing to the Quarter-Finals.

Having improved to 2-3, the hosts now need for Argentina to beat Spain this evening to advance to the Last Eight. Meanwhile, Nigeria, after dropping to 1-4 with the loss,  will take no further part in the competition.

Brazil used a 27-15 second quarter to take control of the game and whenever Nigeria got within striking distance over the course of the second half, Nene Hilario stepped up to make big plays to keep them at bay.

Rafael Hettsheimer, Raulzinho Neto and Vitor Benite provided a huge lift off the bench in the first half. Hettsheimer was doing damage from beyond the arc, while Neto capped off a 7-0 run for a 38-28 lead and Benite hit a high-arching floater in the dying seconds of the second quarter for a 42-31 advantage at the break.

The African champions fought back and were within 61-57 when Josh Akognon buried a three-pointer with 8:52 left to play. It would be the closed they'd get as Brazil outscored them 25-12 the rest of the way.

Turning Point: After both teams went through a bit of a scoring drought, Nene hit a pair of free-throws to extend Brazil's advantage to 63-57 with 6:25 remaining and blocked Ike Diogu at the other end. After Marcelinho Huertas hit a pair of free-throws and banked in a runner to re-establish a double-digit lead, 67-57, Nene got a steal and dunk that set the tone for the closing minutes of the contest.

Stats Don't Lie: Brazil did a much better job than Nigeria on the boards, out-rebounding them 44-33, and in sharing the ball, handing out 27 assists compared to just 11 for the D'Tigers.

Hero: Nene finished with a game-high 19 points to go with 7 rebounds, 4 assists and a block. He even got a very friendly roll on a three-point attempt for his first make of the tournament. Hettsheimer and Benite each had 10 points in the first half.

Bottom Line: With the win, Brazil did what was required of them to be in a position to reach the Final Phase. All they can do is wait and see what transpires in the Argentina-Spain game, knowing that the only way they advance is with a win by their neighbours and friends. 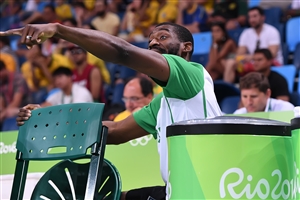 If Spain beat Argentina, another classic with France awaits 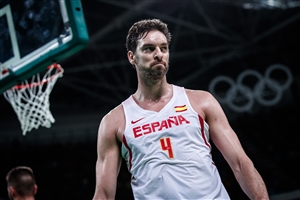