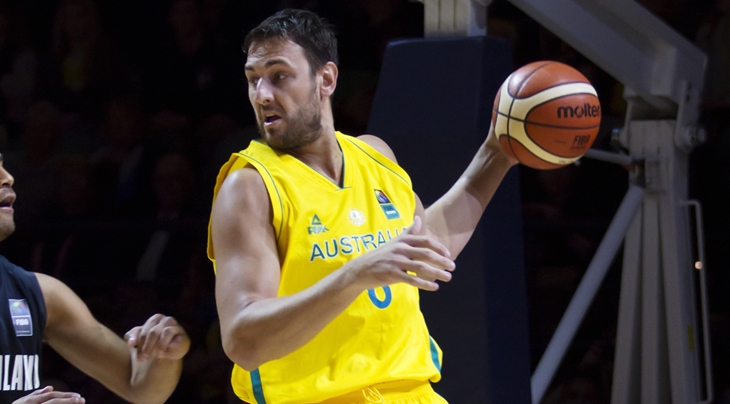 BRISBANE (2016 Rio Olympics) - There is no use beating around the bush. Australia's Boomers are as confident as they have ever been that an Olympic medal is within reach.

And not just any medal. The coaches and the players, many of them competing at the highest level of the game in the NBA and Europe, envision themselves reaching the top of the podium in Brazil this summer.

Is that a wise or realistic plan for a Boomers program that over the years has travelled to Summer Games with plenty of talent and ambition but not claimed a top-three finish? Whether it is, or is not, the goal of finishing first shows a hunger, determination and conviction that is needed to be in the reckoning for honors.

Australia booked their place at the Rio Olympics with two victories over New Zealand in the 2015 FIBA Oceania Championship. They looked very good.

What's more, the Aussies were not at full strength. Not only were Joe Ingles of the Utah Jazz and Aron Baynes of the Detroit Pistons taking the summer off from national team duty, but Ben Simmons was preparing for his freshman season at Louisiana State University and could not play. Simmons is the likely No. 1 pick in the 2016 NBA Draft.


"We had the discussion after the Oceania series as a team and we spoke as a group about how we are going to Rio to win the gold medal," Australia coach Andrej Lemanis said to the Brisbane Courier Mail. "We honestly believe we have enough talent to get that done. It's one of those things that's easy to say but I feel there's a genuine belief within our group that we can achieve that goal."

Comments by Andrew Bogut, an NBA title winner last season with Golden State, echoed those of his coach. Bogut played for Australia last summer for the first time since the 2008 Olympics.

Our goal is to go in and win a gold medal because you don't want to go into an Olympics saying: 'Let's go finish fourth, let's go get a bronze.' I don't think that's the right mindset. - Bogut

"There is some fluff when people say that sometimes but we firmly believe we have the roster, the talent and the camaraderie. You don't know what can happen on any given day. We are excited to go and give it a crack," said the 31-year-old big man.

What remains to be seen is the impact of Simmons, someone that has already played for Australia's senior team, albeit sparingly. Lemanis clearly hopes that he will make himself available.

"How could you not be excited?" Lemanis said. "He's a tremendous talent. He is still just 18 and has a lot of growth but he is only going to get better and better. Every level he steps up to, he looks impressive. He looks like a man playing against boys at college level."

Dante Exum got hurt in the build-up to last year's FIBA Oceania Championship but has a chance of making it back to the squad. One of the veterans that will make the team formidable is Pat Mills. 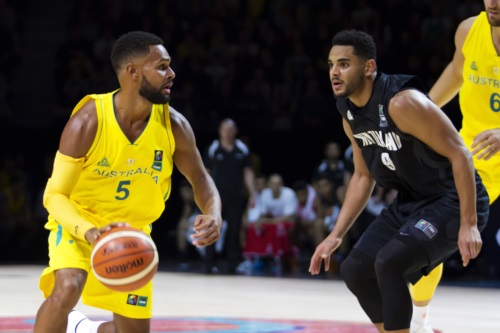 Mills burst onto the Olympic scene in 2008 while still an American college basketball player with the Saint Mary's Gaels and he is confident that Simmons can make a big impact.

"He is such a freak athlete with what he is able to do now, then he has that potential as well," said the guard.

He (Simmons) can help us in a huge way at both ends of the floor using his length on defense in being able to guard multiple positions and with his ability on offense to make plays - he is a great passer as well. - Mills

Australia's players will know that talk is cheap and that a good preparations for the Rio Olympics will be needed. This does seem to be a tremendous opportunity for the Boomers, though, more than ever before. 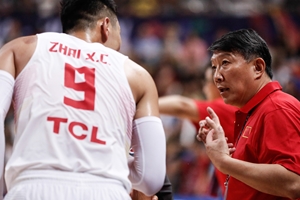 Kalnietis: "Only a medal would be a success in Lithuania"