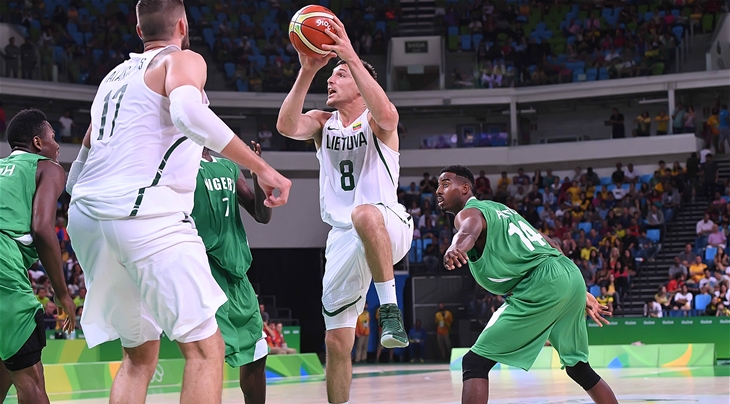 RIO DE JANEIRO (Rio 2016 Olympic Games) - Nigeria were understrength but they gave as good as they got against powerhouse Lithuania on Tuesday night, only for the Baltic side to ride a strong third quarter to an 89-80 victory.

With Jonas Maciulis rising to the occasion and scoring 13 of his 21 points in the third period when Lithuania outscored the AfroBasket 2015 winners 29-13, the European team went from trailing by five at half-time to leading 65-54 heading into the final frame.

Nigeria, who lost big man Shane Lawal to injury in Sunday's defeat to Argentina, were also without Michael Gbinije (illness). They stayed within striking distance in the fourth quarter but could not get enough stops on defense and fell to 0-2.

Turning Point: Lithuania battled hard and took the lead for good midway through the third quarter when Maciulis hit one of his three 3-pointers on the night. The basket started a 12-0 run with Maciulis scoring 7 points in that stretch.

Hero: Either Mantas Kalnietis, who turned on the style for the second game in a row, scoring 21 points and dishing out 12 assists, or Maciulis, who did most of his damage in the 3rd Quarter when Lithuania landed the telling blows.

Bottom Line: Nigeria really showed what they are made of, overcoming the adversity of losing Shane Lawal and battling hard against one of the giants of international basketball. Lithuania, meanwhile, are now 2-0 and in good position to go after first place in Group B. 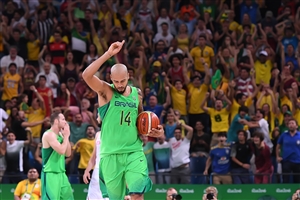 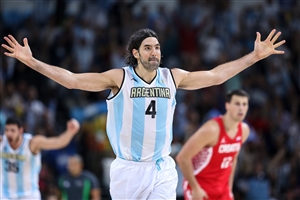