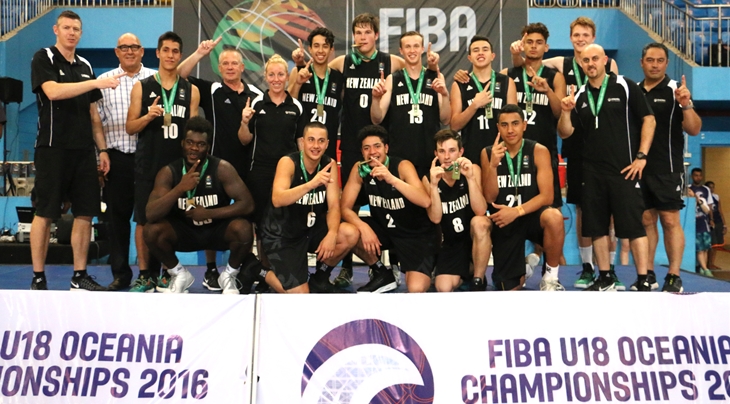 The Junior Tall Blacks went a perfect 5-0 over the championship and pulled out a thrilling 6-point victory in the gold medal game. Both teams turned on the defence in the early going. After several lead changes throughout the game, New Zealand jumped ahead in the dying stages on the back a two huge three-pointers from caption Quinn Clinton. Clinton finished with 14 points and 7 rebounds, Sam Waardenburg added 11 points and 12 rebounds, while Taane Samual contributed 8 points.

The captain of the squad, Quinn was rewarded for his play during the gold medal match by being named the match Most Valuable Player. Final standings of the FIBA U18 Oceania Championship 2016: