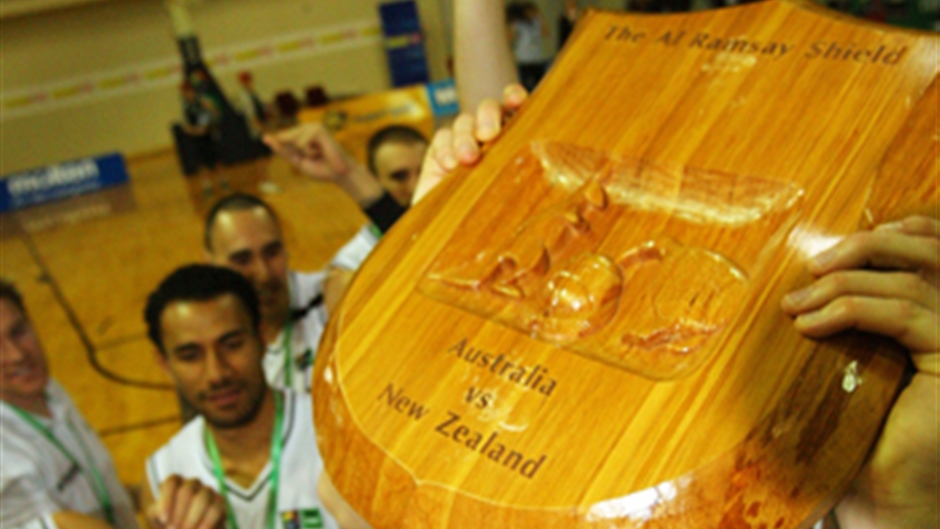 Hand carved in 2001, the Ramsay shield is a much coveted prize for both Australia and New Zealand, with it changing hands a number of times since it was first won by the Tall Blacks in 2001.