VALENCIA (Jeff Taylor's Eurovision) - This question begs to be asked after Serbia's Nikola Jokic claimed the NBA's MVP award for the second year in a row: could he already be the best European big man of all time?

He had a remarkable campaign, becoming the only player in NBA history to record 2,000 points, 1,000 rebounds and 500 assists in a single season.

For those of you who feed off statistical evidence, consider his sky high player efficiency rating, which effectively assesses how dominant a player has been throughout a long stretch of time.

His 32.85 PER was the highest in regular-season Association history. Even Wilt the Stilt, King James and MJ didn't reach as high as 32.85!

Surprise in Sombor✈️🇷🇸 We flew to Serbia to surprise the BACK-TO-BACK MVP! And, wow, this moment was special. pic.twitter.com/aFvIEDgnSj

Jokic has also become the first player to finish in the top 10 in points per game, rebounds per game, assists per game and field goal percentage in the last 50 seasons.

So yes, with Jokic, we are in unchartered territory - at least when it comes to the NBA.

But here's the thing. If we're calling Jokic the best Euro big of all time, then we're saying he's better than Germany's Dirk Nowitzki, Spain's Pau Gasol and Lithuania's Arvydas Sabonis? And should Greece's Giannis Antetokounmpo also be in the conversation? After all he's 2.11m (6ft 11in) and has won two NBA MVP awards, so the thought does cross my mind.

The part of Jokic's game that I find incredible is his passing.

The Joker averaged 27.1 points and 13.8 rebounds per game this season and also 7.9 assists!

Every game this season, the 2.11m (6ft 11in) center made jaw-dropping, precise no-look passes on fast breaks or in the half court.

In his day, Sabonis made some amazing passes, too, most of which not many of us saw since he began his career before we had non-stop highlights at our fingertips in social media. He started in 1981, behind the Iron Curtain, with Zalgiris. The Sabonis that most of us saw, the one that arrived in Portland in 1995, was the Sabonis nine years removed from a horrendous Achilles tendon injury. It wasn't the best version of the legend, although he did a lot of great things.

How do we quantify greatness? Does a player have to win NBA titles and must he have international success, too?

If we consider international basketball success, then Sabonis is superior. While Jokic was the MVP of the FIBA Olympic Qualifying Tournament 2016 in Belgrade and a silver medal winner at the Rio Games where Serbia captured the silver medal, Sabonis has a lot more medals and trophies in FIBA ball, including Olympic gold in 1988 (with the Soviet Union), bronze with Lithuania at the 1992 and 1996 Games, and a title at the FIBA Basketball World Cup in 1982 (with the Soviet team). 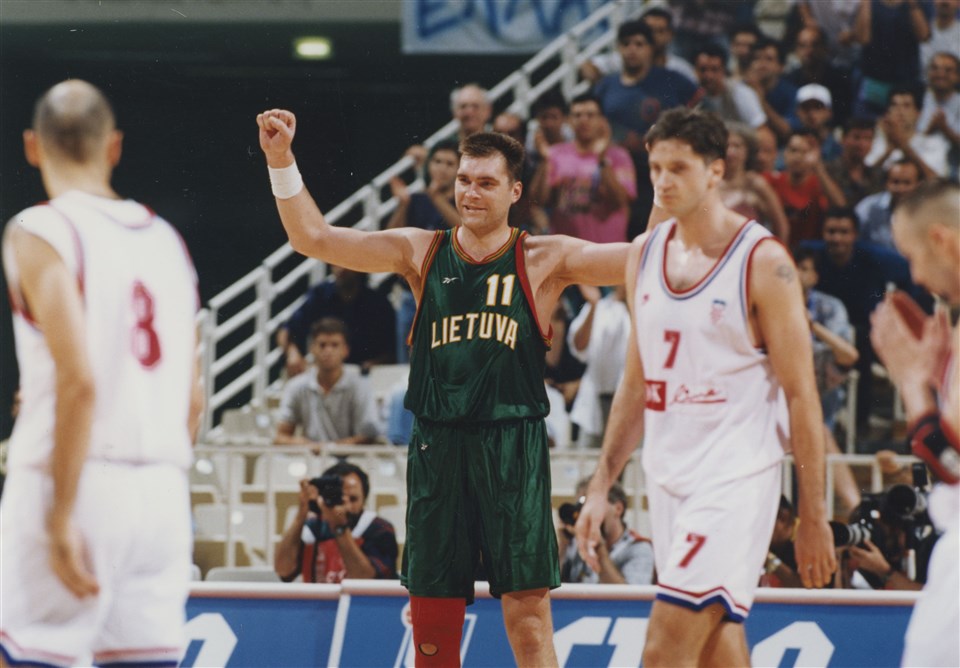 Sabonis was a tower of power for the Soviet Union and later, Lithuania

Sabonis also,  with the Soviet Union, won a FIBA EuroBasket in 1985 and then finished runners-up with Lithuania in 1995.

Nowitzki, a 2.13m (7ft 0in) power forward whose NBA career spanned 21 seasons - all with the Dallas Mavericks - was a scoring machine, including averaging 24.6 points per game in his lone MVP season of 2006-07. He won an NBA crown, too, leading the Mavs to the championship in 2011, when he was also the NBA Finals MVP.

Nowitzki's jump shot was virtually impossible to stop. He made turnaround jumpers and one-legged fadeaways. If he posted up, his spin moves got him buckets. The greatest German player of all time punished opponents on fast breaks. He'd either get to the rim or stop and pop.

For much of his career, Nowitzki played for Germany in the summers and dominated, though he never won a title.

At EuroBasket 2005 in Belgrade, he was MVP after Germany finished runners-up to Greece. Three years before that, at the World Cup in Indianapolis, he put Germany on his back while averaging a tournament-high 24 points per game and scooped MVP honors after their third place finish.

Gasol, the reference point for the best team in Europe the past two decades, Spain, had a terrific back-to-the-basket game and was a solid passer. He shot it well from mid-range, handled the ball well and made his free-throws.

At 2.16m (7ft 1in), he played power forward or center, and his nickname may as well be MVP because he collected those awards as a matter of habit.

Before going to the NBA's Memphis Grizzlies, he was MVP of the ACB Finals in 2001 with Barcelona, and the MVP of the Copa del Rey that same year. While with Spain he claimed the MVP honor at the most competitive World Cup ever, the 2006 event in Japan, and at the FIBA EuroBaskets in 2009 and 2015.

Gasol, without Juan Carlos Navarro and his brother, Marc Gasol, averaged 25.6 points per game at EuroBasket 2015. He drilled 10 of 15 attempts from three-point range at the unforgettable tournament and swatted 21 shots. Remember the epic 80-75 Semi-Final overtime triumph in Lille over hosts France? Gasol poured in 40 points, corralled 11 rebounds and blocked three shots. Spain then beat Lithuania in the Final.

Then again, if winning is all that matters, Gasol did A LOT of that. He was a leading player in the Los Angeles Lakers' NBA title winning teams of 2009 and 2010, averaging 18.3 points and 19.6 points, respectively. He also averaged double-digit rebounds those two title-winning seasons.

Then there is Antetokounmpo, one of Jokic's current NBA rivals. He did the back-to-back NBA MVP double thing with the Milwaukee Bucks in the two years before Jokic, and he was a leading contender for this year's honor, too.

Last season, when he came up short of a third straight MVP award, Giannis made up for it by leading Milwaukee to the title, and that championship defense is still alive with the Bucks taking on Boston in the Eastern Conference Semi-Finals.

With Greece so far, however, Antetokounmpo has yet to taste success, although he has come up with plenty of jaw-dropping plays.

Both Jokic and Antetokounmpo are 27 - and neither is a finished chapter.

Is Jokic the best ever European big? Probably not just yet.

I tend to agree with Serbia legend and current national team coach, Svetislav Pesic, who was asked to compare Jokic to the greats, including Nowitzki and Gasol, in the previous generation.

"I don't think there is [such a thing as] the best player or the best coach," Pesic said in this interview on FIBA.basketball. "There is only a [unique] identity by which they differ. They all lived in a different time, and basketball is changing. The characteristic of the greatest players is that they change basketball. I have already said somewhere that Jokic and [Luka] Doncic are players who are changing the way the game is played in the NBA... Sabonis and Nowitzki were all special, but they did not change the game like these two young men [Jokic and Doncic], who are still in the development phase."

So Jokic is, at least not yet, the best Euro big of all time, yet one day, he could be. 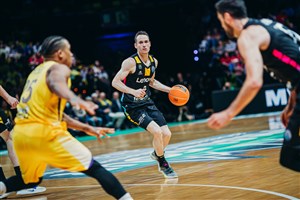