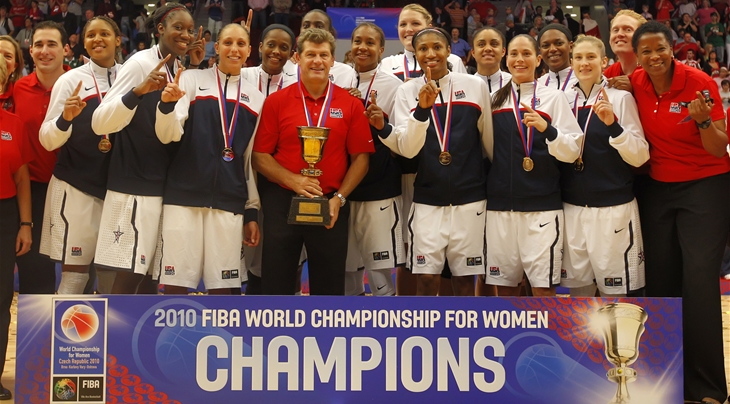 The USA, in the midst of a 25-game unbeaten run in Olympic and World Championship tournaments, boast a star-studded roster that is loaded with experience.

With Geno Auriemma at the helm, the Americans have continuity in the coaching department.

Auriemma led the team to the world title four years ago in the Czech Republic and to a gold medal at the 2012 Olympics.

France, Spain, hosts Turkey, Australia, Canada and Japan have a lot of cause for optimism ahead of their Turkey 2014 campaigns but it's going to take something special to knock off the USA, winners of six of the past nine editions of this competition dating back to 1979.

The Americans will compete in Group D in Istanbul against China, Angola and Serbia, and among their players is Sue Bird.

The 33-year-old will make history as the first player to appear in four USA squads at the FIBA World Championship.

Bird was a member of the USA's title runs in 2002 (China) and 2010 (Czech Republic), and also claimed a third-place finish (Brazil) eight years ago.

The point guard, who also played on the Olympic gold medal winning sides of 2004, 2008 and 2012, was a virtual lock to make the squad. Even before the roster was named, she played down the fact that she would be at her fourth FIBA World Championship for Women.

"It just means I've been playing a lot of years," Bird said. "We have a lot of other veterans in this group and I'm sure we'll have a good mix of experience and youth."

Some of the other veterans include the MVP of this year's WNBA Finals, Diana Taurasi, along with Tina Charles, Candice Dupree, Angel McCoughtry, Maya Moore, Lindsay Whalen and Seimone Augustus.

Each has played on at least one of the USA teams to reach the top of the podium at a World Championship or Olympic Games.

Australia, favorites to top a Group C in Istanbul that also includes Belarus, Korea and Cuba, must overcome the loss of Liz Cambage. The 23-year-old center ruptured her Achilles tendon in a warm-up game to rob the Opals of their biggest weapon.

France and Turkey are capable of causing problems for the USA.

Both will compete in Ankara in a loaded Group B with Canada and Mozambique.

The French crashed to a heavy defeat to the USA in the Final of the London Games but they upset the Americans in a warm-up game for the World Championship in Paris on 21 September, 76-72, with Sandrine Gruda scoring 26 points.

Valerie Garnier is now the head coach of France.

Sanders, 28, made a name for herself in Turkey while playing for Kayseri Kaski Spor Kulubu and earned a spot in the preliminary squad.

She now has taken the coveted naturalized spot from the 25-year-old Hollingsworth, who featured for the national side at the 2012 Olympics and at last year's EuroBasket Women in France.

FIBA Asia champions Japan will be looking to keep the momentum going in Group A against Brazil, Spain and the Czech Republic.

They boast the dynamic center Ramu Tokashiki and the silky-smooth power forward Yuka Mamiya, but it remains to be seen how Japan cope without point guard Asami Yoshida and all-round talent Chika Sakuragi.

This year's tournament has a new wrinkle with the winners of the four pools in the Group Phase booking tickets to the Quarter-Finals.

The four sides that come in last in the Group Phase fall out of the competition, while the teams that finish second and third are to play on 1 October in Qualifications for the other four Quarter-Final spots. 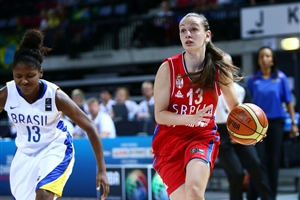 Ajdukovic, Markovic and Mandic, the three new faces for Serbia 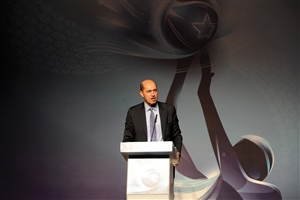