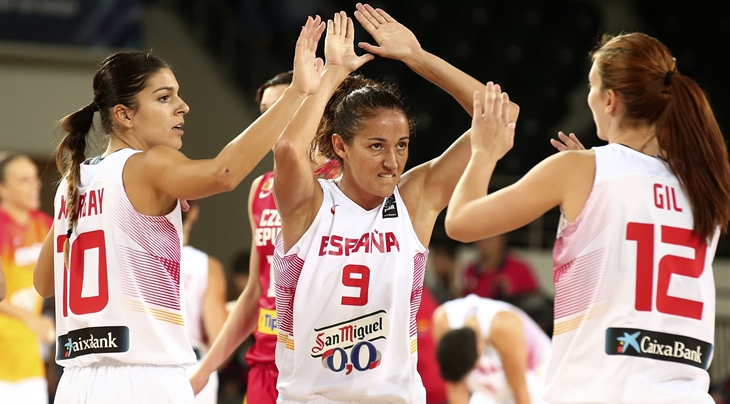 The two sides joined hosts Turkey and defending champions USA, who had already punched their tickets to the Last Eight with victories in Groups B and D, respectively, on Sunday.

European champions Spain rolled to a 67-43 triumph over the Czech Republic with Sancho Lyttle pouring in 17 points and corralling 14 rebounds while Rachel Jarry (19 points) and Erin Phillips (six steals) excelled for the Australia in their 87-45 romp over Belarus.

Spain, Turkey, Australia and the USA will have two days to prepare for their Quarter-Final games on Friday.

Each will discover on Wednesday who their opponents will be as that is when the Qualifications to the Quarter-Finals will be played in both Ankara and Istanbul.

The winners of the Czech Republic-Canada contest will face Australia, with the USA going up against the team that prevails in the match-up France-Brazil.

Brazil (Group A) and Cuba (Group C) stayed alive after clinching third place in their respective groups and taking the last entries for the Qualifications to the Quarter-Finals stage.

The Brazilians thrashed Japan 79-56 in Ankara and Cuba pulled away from Korea in the fourth quarter in Istanbul for a 73-57 win.

Other important games saw Serbia squeezed past China 65-63 in the battle for second place in Group D and France edged out Canada 63-59 to finish second in Group B.

Turkey defeated Mozambique 64-54 to stay unbeaten at the top of Group B and the USA hammered Angola 119-44 in Istanbul to also remain perfect.

Japan, Mozambique, Korea and Angola have been eliminated.

Serbia, who played extremely well against the USA on Sunday, prevailed in a thriller over China.

Jelena Milovanovic, quiet for most of the contest, came to life in the fourth, scoring seven of her nine points in the frame. Her three-point play lifted the Serbians into a 65-63 lead and that proved to be the final score.

Tamara Radocaj had a team-high 19 points for the Serbians, while Lu Wen poured in a game-high 20 in defeat.

Australia expected a battle against Belarus but instead blew out the European team. The Opals exploded into a 37-17 lead midway through the second quarter and never turned back, with Jarry and Phillips turning on the style at both ends of the floor.

Marlen Cepeda had 16 points and 17 rebounds for Cuba as they beat Korea by 16 points to set up Wednesday's game against Serbia.

The USA got 18 points and 10 rebounds from Nnemkadi Ogwumike in their victory over Angola. The Americans were on top 16-3 five minutes into the game and 33-11 by the end of the first quarter.

In Ankara, Brazil raced into a 22-11 advantage by the end of the opening quarter and never turned back. Patricia Teixeira had 27 points in the win.

They discovered that France would be their opponents on Wednesday evening when Les Bleues got the better of Canada in the last game of the day in Turkey's capital.

A Gaelle Skrela basket with 2:30 remaining snapped a 53-53 tie and put the French in front to stay.

Spain had a 34-21 lead at half-time of their game against the Czechs and stayed on top the rest of the way.

Saziye Ivegin paced Turkey in their win over Mozambique with 13 points. 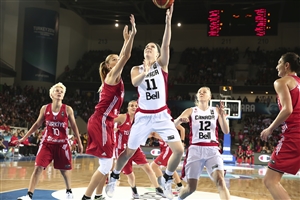 Yildizoglu not fazed by Mozambique struggle 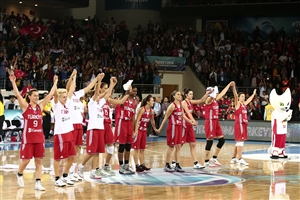