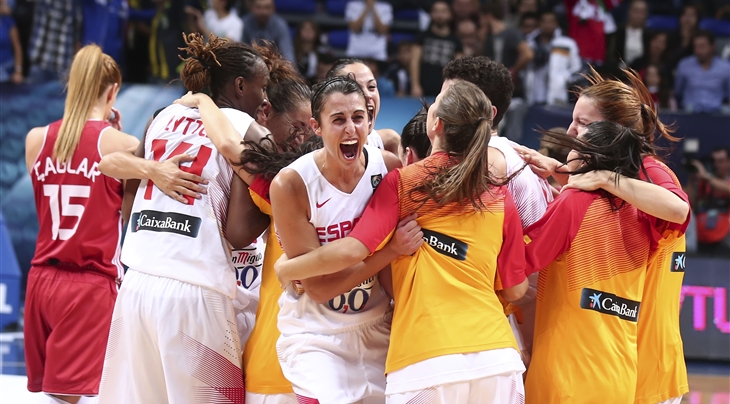 Torrens, who has spent the last few years playing her club basketball in Istanbul with Galatasaray, caught fire in the second half at Fenerbahce Arena and eventually finished with a superb 28 points.

Spain had to come back from seven points behind in the third quarter as Torrens sparked a decisive 12-2 run to put them on the path to victory.

"I think this was one of the best days of my career - something amazing, something truly special and the kind of day you only dream about," she smiled afterwards.

"We showed character and also showed that when things are not going well, we can stay together and win difficult games."

Turkey had initially edged a free-flowing first quarter 20-19 and as the teams cancelled each other out during the second period, there was only a point in the contest at the half, with Spain nudging themselves ahead.

A three-pointer by Isil Alben was the perfect start for Turkey when the action got underway again and after a triple by Nevriye Yilmaz and then a lay-up, the home favourites were 39-32 in front.

But Torrens suddenly exploded into life with a score from beyond the arc to spark a Spanish revival and once she caught fire, Turkey couldn't find any way to extinguish her impact.

Hitting big shots from outside and devastating in the open floor, she converted a beautiful assist on the fastbreak from Nuria Martinez to make it 56-44 and as hard as they tried, Turkey couldn't recover.

"This year changes a lot for women's basketball in Spain and is a historic step," added Torrens.

"Winning EuroBasket Women (in 2013) was amazing, but this is incredible also.

"One thing is true - we will not stop fighting and working hard to see where it can take us now."

Spain will meet USA or Australia in Sunday's Final. 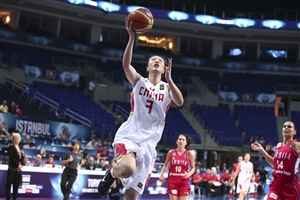 Teammates raise a toast for Torrens 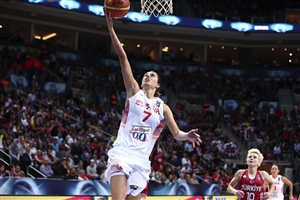