MUNICH (Germany) - The European stars are set to come out on the international stage as it promises to be a fascinating summer in store with the upcoming FIBA EuroBasket 2022 and two FIBA Basketball World Cup 2023 European Qualifiers windows.

The European Qualifiers transition from the conclusion of the First Round in July to the start of the Second Round in August before FIBA EuroBasket 2022 takes center stage in September.

Some of the world's greatest players are ready to represent their national teams and go head-to-head in the battle of the best.

We have called in a panel of experts to rank the top European players to get excited about this summer. Players, who will reportedly not suit up - either through injury or other reasons - have not been considered for the purpose of the ranking.

Schroder brings a reliable presence at the point guard position for Germany with almost 10 years of experience of playing in the NBA. The 28-year-old has already competed at EuroBasket in two separate editions with the chance of playing in front of a home crowd later this summer in Cologne - and potentially, Berlin. A playmaking guard, Schroder is also a capable scorer and finished second at EuroBasket 2017 with 23.7 points per game. 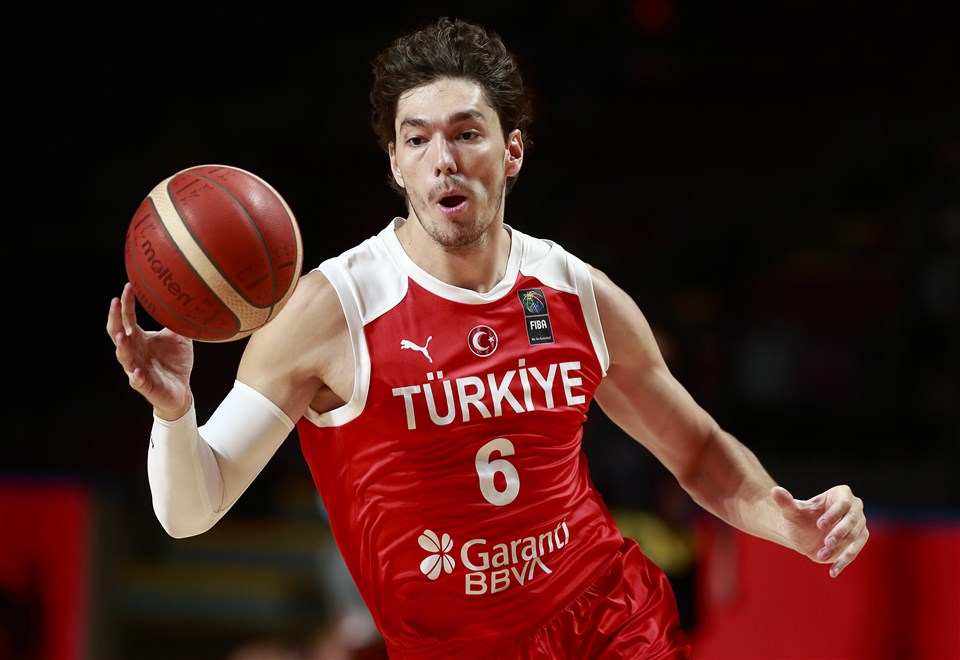 Osman is set to lead an exciting Turkey roster this summer as their NBA contingent continues to grow. Now 27, the forward is becoming more experienced and able to bring more to the national team as they look to put some tough losses in recent years behind them. Osman's versatility is a key attribute and he will be one to watch as Turkey look to bring their talent together. 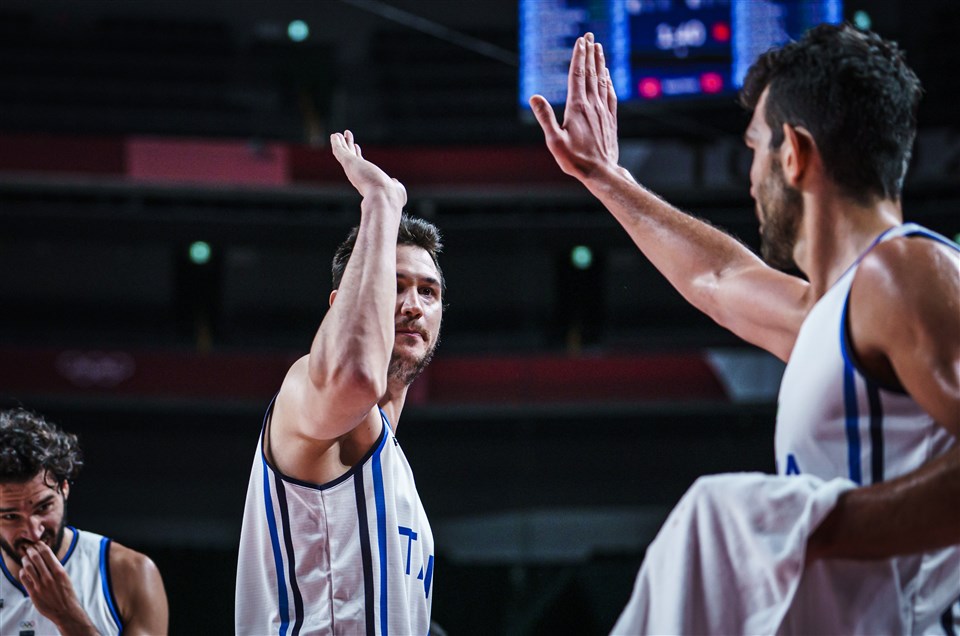 Gallinari always gives everything to the national team cause and takes on a leadership role for The Azzurri with a number of talented youngsters coming through. The 33-year-old is yet to win a medal with the senior team, despite featuring in a number of major tournaments. Gallinari has averaged double figures in scoring in each NBA season since 2009 and was one of Italy's main scoring threats at the 2019 World Cup. 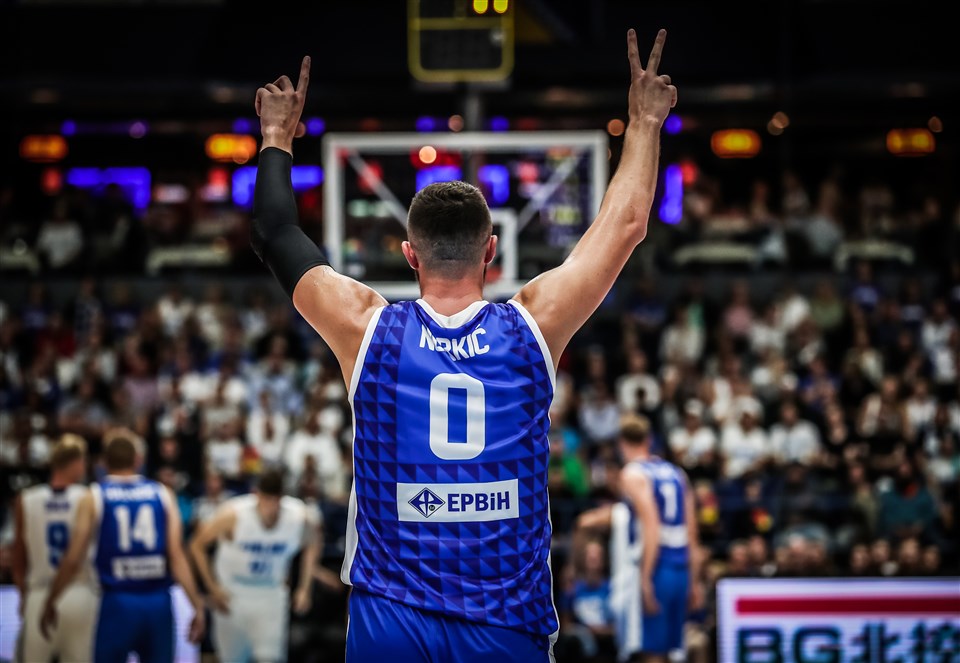 The inclusion of Nurkic could be huge for Bosnia and Herzegovina as they look to live up to their billing of dark horses for the upcoming tournaments. The 27-year-old center has expressed his desire to play for the national team this summer, having last suited up during the FIBA Basketball World Cup 2019 European Qualifiers. He could join Team BIH for August and September.

One of the rising stars in international basketball, Avdija took his chance to shine during the FIBA EuroBasket 2022 Qualifiers and is expected to compete in his first major tournament at senior level later this summer. Avdija has found his role in the NBA with the Washington Wizards and is the youngest player to feature on this list with a bright future still ahead. 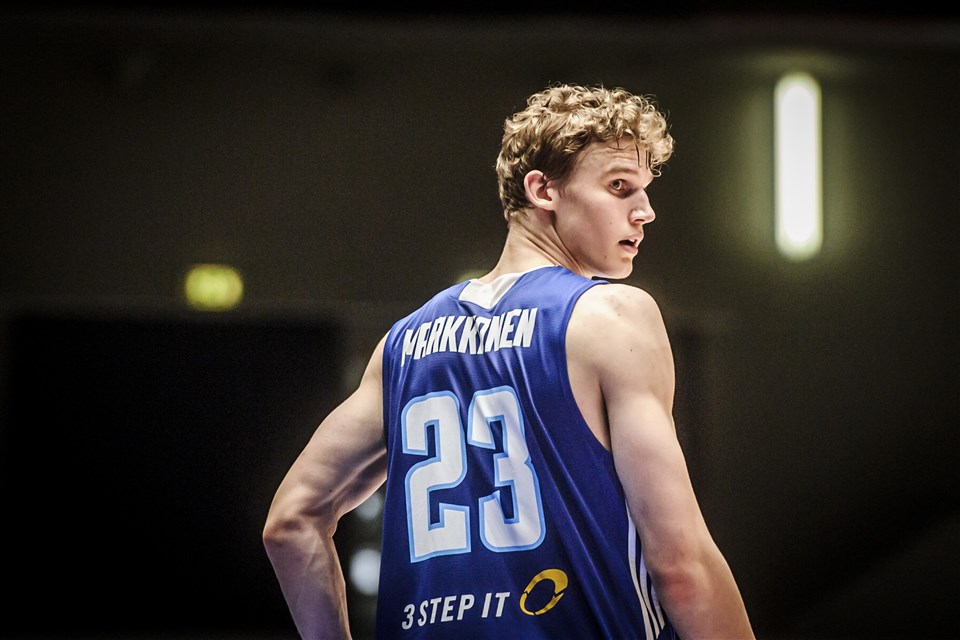 Markkanen is another player set for an international return this summer having last featured during the World Cup 2019 European Qualifiers. The seven-footer enjoyed a breakout tournament at EuroBasket with just shy of 20 points per game in leading Finland to the Round of 16, and he will play a major role if they are to at least replicate that performance in September.

Porzingis has not represented Latvia since EuroBasket 2017, but is set to mark his return later this summer with the first window of the World Cup Qualifiers Second Round penciled in. 'The Unicorn' finished as third-leading scorer at EuroBasket five years ago including a 34-point haul in an intriguing battle with Slovenia - going up against future teammate Luka Doncic and is always exciting to watch with his inside-outside game.

Fournier goes to a different level with the national team and is set for a leading role once again this summer, alongside good friend Rudy Gobert. The 29-year-old made the All-Tournament Team at the World Cup in 2019 after several standout performances and has spoken on numerous occasions about wanting France to carve out their own dynasty on the international level and end a personal wait to get his hands on a gold medal. 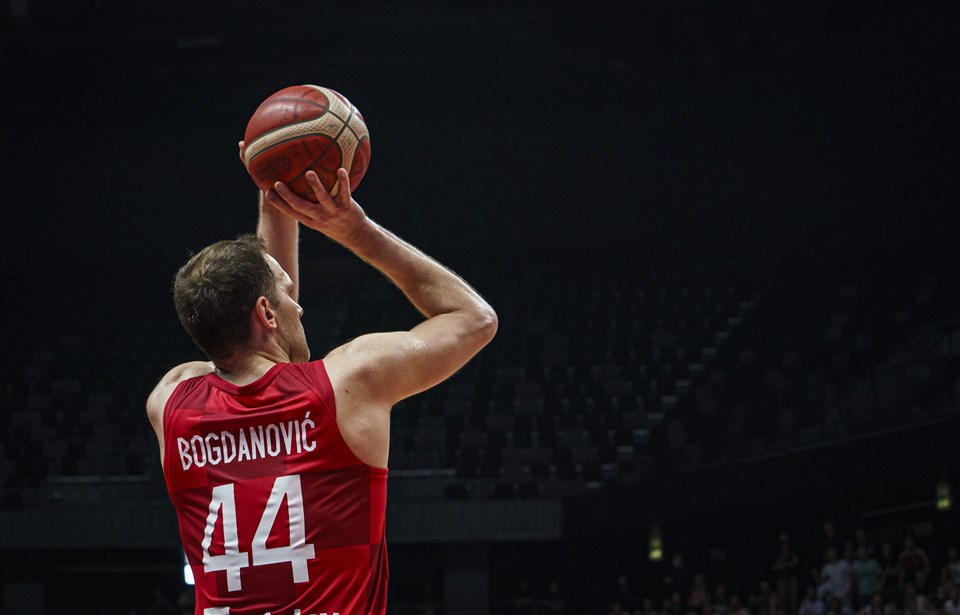 If you wondered what it means for Bogdanovic to represent the Croatian national team, then his reaction of despondency at last summer's FIBA Olympic Qualifying Tournament in Split told the story. Bogdanovic poured in 38 points in a Semi-Final loss against Germany, and will be hoping Croatia can build this summer as they look to avoid an early exit in the World Cup Qualifiers ahead of EuroBasket.

Valanciunas just misses out on the top five having been pipped to the spot by a fellow countryman. The experienced center enjoyed a successful junior career with the national team and has amassed over a decade of service with the national team. Valanciunas has two silver medals to his name at EuroBasket with successive runners-up finishes in 2013 and 2015. 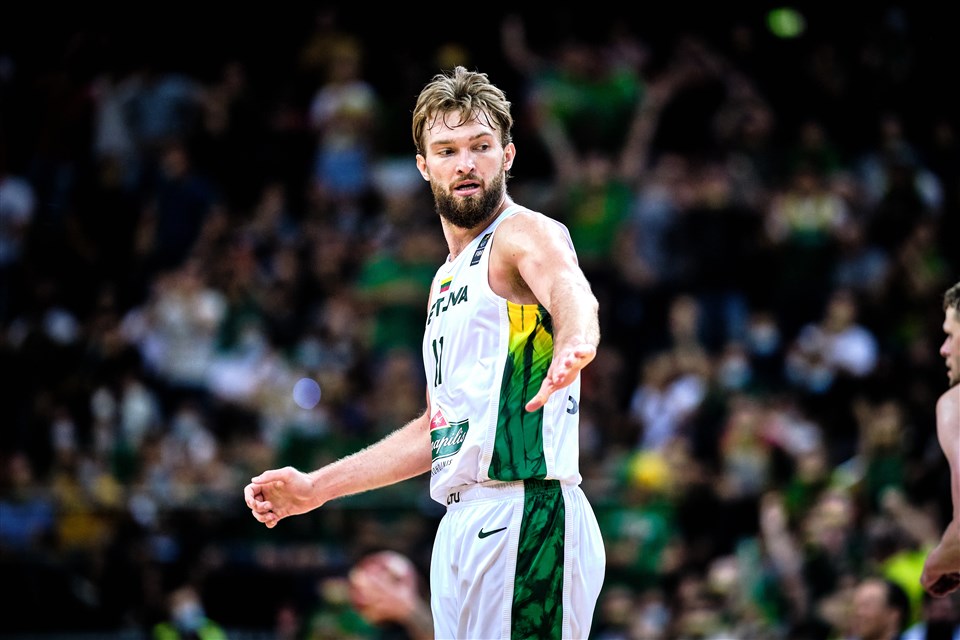 From one Lithuanian big to another: Sabonis has expanded his skillset in the NBA having established himself as one of the league's best passing bigs during his time with Indiana Pacers before a mid-season trade earlier this year. The 26-year-old was part of the Lithuania side that finished as runners-up at EuroBasket in 2015, and returned to the national team set up last summer in their bid to qualify for the 2020 Olympics.

Gobert has already won four medals at major tournaments with France including silver at the 2020 Olympics in Tokyo. The elite defender was part of the team that earned bronze on home soil at EuroBasket 2015 and was quick to confirm his availability this summer in order to pursue a first title with the national team. Gobert is a three-time NBA Defensive Player of the Year and provides France with a solid base in protecting the paint.

The first of two two-time NBA MVPs on the list, 'The Greek Freak' has already competed at two different World Cups for Greece and made an appearance at EuroBasket in 2015. Antetokounmpo has yet to really explode on the international stage with averages of 14.8 points, 8.8 rebounds and 2.4 assists per game three years ago at the World Cup, and this summer provides the platform to really take over and propel Greece into medal contention.

Doncic starred on the biggest stage as a teenager at FIBA EuroBasket 2017 - helping Slovenia to a historic maiden title, alongside MVP Goran Dragic. Four years later - having cemented his superstar status in the NBA in the meantime - and Doncic was back in national team colors to lead Slovenia to their first-ever appearance at the Olympics. The next goal is to help push his side towards the World Cup before defending their European title in September.

The back-to-back reigning NBA MVP takes his spot at the top of the list having transformed his game to beyond elite levels in recent years. Jokic last competed for Serbia at the 2019 World Cup and his inclusion for EuroBasket puts them firmly in contention to take home the title. The 27-year-old is set to debut at Europe's flagship event having missed out in 2017, and will take on additional responsibility should Bogdan Bogdanovic be unavailable, as anticipated.

Disclaimer: Players listed in this article are only speculated to be playing according to announcements from National Federations and general news but do not necessarily correspond to the rosters that will play at FIBA EuroBasket 2022 or the FIBA Basketball World Cup 2023 European Qualifiers.

The list is based on the responses by the expert panel and is in no way a true, accurate ranking system. 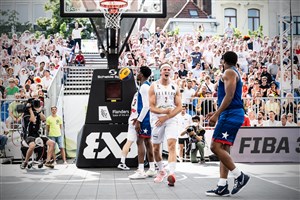 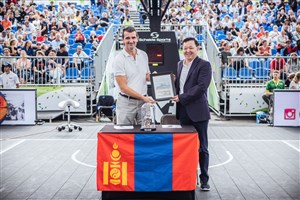 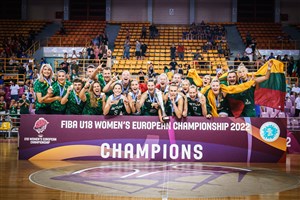 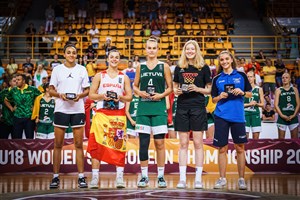 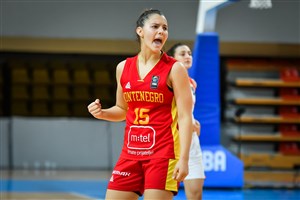 U16 Europe Women Div B