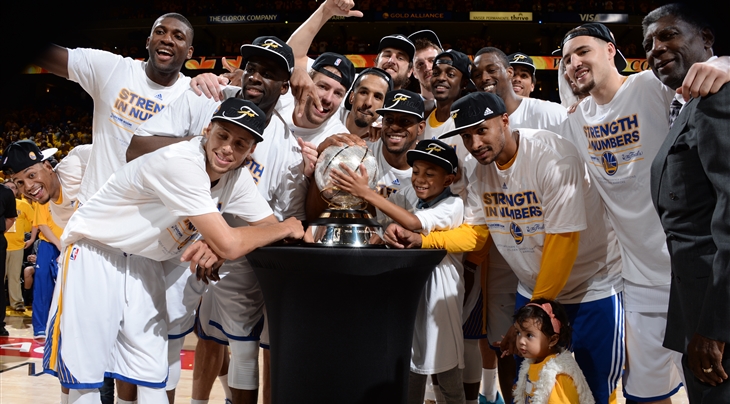 OAKLAND (NBA) - USA heroes Stephen Curry and Klay Thompson and the Golden State Warriors punched their ticket to the NBA Finals with a 104-90 triumph over the Houston Rockets on Wednesday night.

The "Splash Brothers" reached the top of the podium at the FIBA Basketball World Cup last September and now they are four wins away from capturing their first NBA crown.

When Golden State play in the title showdown against the Cleveland Cavaliers, it will be the first appearance in the NBA Finals in four decades for the Warriors.

"The Bay Area's been waiting for 40 years," said Curry, who led the Warriors with five steals.

Thompson's four-of-six performance from long range in Game 4 will have reminded everyone of his displays last year in Spain at the World Cup, where he shot 41.5 percent (22 of 53) from the arc and was the United States' second leading scorer at 12.7 points per game.

Another World Cup player, Brazil's Leandro Barbosa, had a hand in the Warriors success.

The 32-year-old Golden State guard came off the bench and contributed seven points in a 11 minutes while Andre Iguodala, a 2010 World Cup winner and 2012 Olympic gold medalist with the USA added six points, six assists, four rebounds and four steals.

The victory means that a couple of Australians are going to square off against each other in the Finals.

Golden State center Andrew Bogut, who started and had a team-high 14 rebounds, will face fellow Boomer Matthew Dellavedova of the Cavs.

"To me that is the biggest stat in the game for us to dominate the glass against a powerful rebounding team," Warriors coach Steve Kerr said.

Both players are expected represent the Australians at the 2015 FIBA Oceania Championship.

Another Warriors center, Festus Ezeli, had 12 points and nine rebounds.

The Nigerian-born Ezeli told FIBA.com recently that he wants to play for his homeland at the AfroBasket in Tunisia.

James Harden had a tremendous campaign for the Houston Rockets, one that saw him make the All-NBA First Team, but he had an off-night on Wednesday, committing a game-high 13 turnovers while scoring 14 points.

Harden, who led the USA in scoring at the World Cup at 14.2ppg, said of his performance in the Game 4 loss: "Tried to do a little bit too much and turned the ball over and gave them easy baskets in transition.

"This isn't where we wanted to end at. It's a really good season for us.

"Next year we want to be better, and we will." 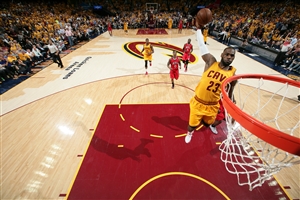 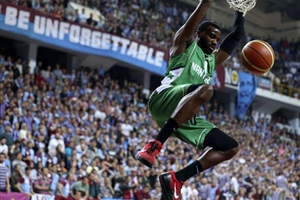