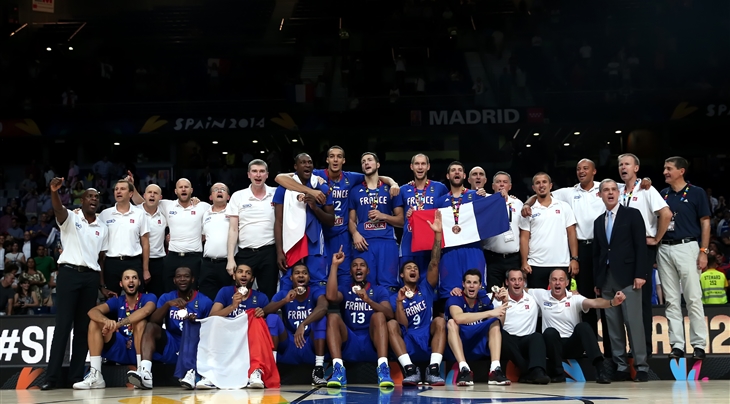 Vincent Collet's team controlled the proceedings for a better part of the first half, but then dropped their guard in the third quarter before recovering in the final period to post the victory.

The European champions seemed to have clinched the issue with about a minute left in the game, but Adas Juskevicius' three-point play brought Lithuania within one, 86-85, with 16 seconds to play.

The teams were then involved in a tactical exchange of fouls and France stayed ahead with every exchange.

Jonas Maciulis was fouled with a second left. He made his first free-throw to get Lithuania within 95-93 and then strategically missed the second in order to give himself and his team-mates a chance at an offensive rebound and a quick shot. However, no Lithuanian player was able to control the ball, which went to Florent Pietrus who sprinted past halfcourt to run out the clock and seal the game.

In all, the final 16 seconds of the game saw 11 fouls committed, resulting in 22 free-throws attempted.

Down 71-64 at the end of the third quarter, France found their savior in Boris Diaw. The 32-year-old, who strove to find his rhythm in the first three periods, found his form as he accounted for eight of France's 31 points in the final period. He finished with 15 points.

Nicolas Batum was at the fore-front of France's offense throughout the game and finished with a game-high 27 points.

Joffrey Lauvergne scored the first five points of the game and powered France to a 7-2 early advantage. Paulius Jankunas had a three-point play and a drive in the lane with Maciulis' lay-up in between to bring Lithuania right back.

The teams went back and forth until Batum's three-pointer put Les Bleus ahead 22-19 at the end of the first quarter.

Batum and Lauvergne continued to lead the way for France, but Martynas Pocius and Jonas Valanciunas ensured Lithuania stayed within striking distance.

The French were up 43-42 at the break but Lithuania seized the initiative to start the second half with an all-around offensive assault.

A 14-7 spurt in the third quarter saw the Baltic team go in front 54-48, their biggest lead of the game up to that point.

In the final frame, Batum and Lauvergne came back to torment Lithuania before Diaw took over to deliver France their first podium finish in FIBA's flagship event.

Batum led all scorers with 27 points. Valanciunas finished with 25 to go with nine rebounds.

Lauvergne had 13 points and nine rebounds. 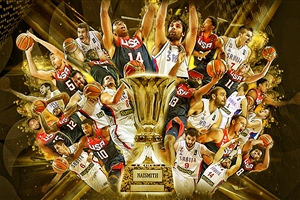 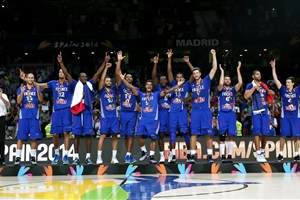