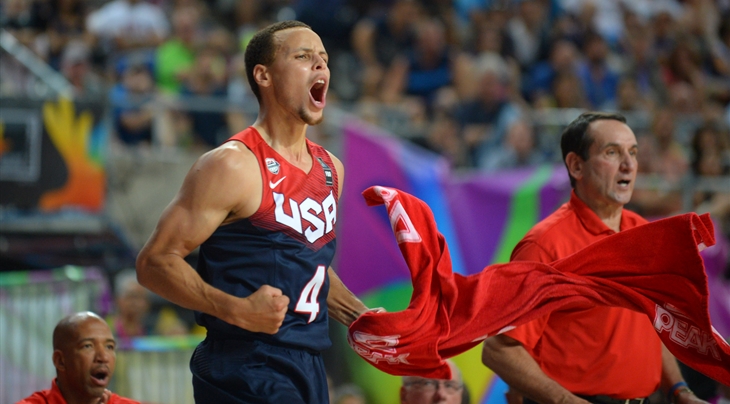 OAKLAND (FIBA Basketball World Cup) - Stephen Curry shot his way into the history books this season and helped make the Golden State Warriors one of the best teams in the NBA.

The 27-year-old received 100 of 130 first-place votes from a panel of 129 writers and broadcasters, along with the fan vote on the NBA's website.

Both Curry and Harden have led their respective teams into the Western Conference Semi-Finals.

Curry, who has had to overcome his share of injuries already in his career, was full of emotion when he was presented with the award.

"There were obviously good times and bad times," he said.

"Times I wanted to shut it down.

"Times you realize where all the hard work you put into it was worth it.

"It just made me realize how blessed and thankful I really am to be in this position."

LeBron James, a four-time winner of the MVP award himself and also still in the hunt for the NBA title with the Cleveland Cavaliers, finished third in the voting.

IT'S OFFICIAL: @StephenCurry30 is the 2014-15 @Kia NBA Most Valuable Player. #KiaMVP pic.twitter.com/H0nJ6rjxwZ

I think it's well deserved [for Curry] - James

"I mean, you see, first of all, the team success, that's the first thing that pops out."

Curry has this season surpassed his own record of 272 three-pointers that he set two years ago, drilling 286 shots from long range.

He buried 44.3 percent of his attempts from three-point range.

Curry is the second USA national team player in a row to claim the MVP honor after helping his team win the world title.

After playing for the Americans at the 2010 FIBA Basketball World Cup in Istanbul, Derrick Rose returned to the Chicago Bulls and won the award.

At the World Cup in Spain, Curry had some dazzling performances.

He started in the American backcourt and was always a threat.

This season for Golden State, he has thrived under coach Steve Kerr and it's helped that he has been surrounded by some terrific players, including another USA superstar in Klay Thompson.

While his full focus is on leading the Warriors right now, Curry is in no doubt going to have a chance to play at the Olympics for the first time when the Games are held in Brazil next year.

USA Basketball are among those who are celebrating his fantastic achievement. 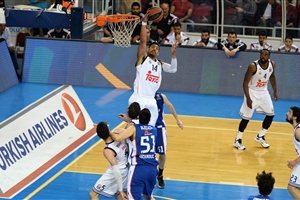 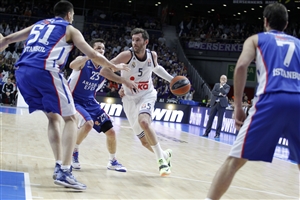