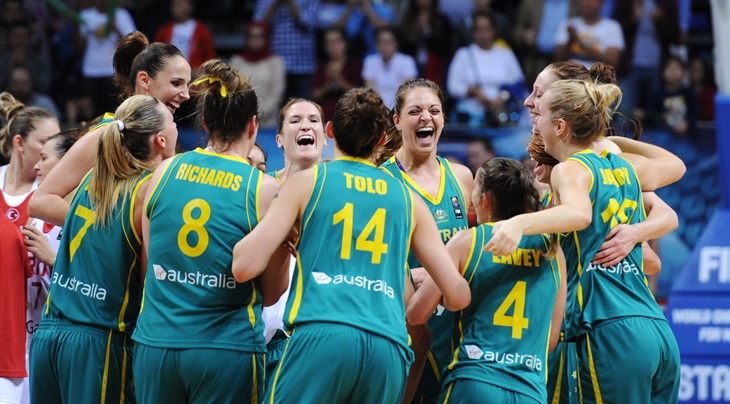 One-way traffic right from the tip-off, the Opals were rampant and jumped all over Turkey, who made a surprise by opting not to start with playmaking ace Isil Alben.

The hosts were caught stone cold by the turbo-powered start of Australia, who scored the first 17 points of the game and had one foot on the podium by the end of the opening quarter, after holding Turkey to an eye-watering four points.

"It was a dream start and our early defensive work really killed the impact of the crowd," said a delighted Marianna Tolo, who pushed her case for inclusion in the All-Tournament Team with an excellent 21-point haul.

"We managed to lock Turkey down for so long at the beginning of the game and that was exactly what we needed, since we knew what a big factor the crowd might be."

It was truly a nightmare opening for Turkey and the early rot more or less continued throughout, with only rare glimpses of them grabbing a lifeline.

Even when Turkey did manage to put some points on the board, Australia continued to wreak havoc, with Tolo working particularly well alongside her fellow twin tower, Cayla Francis.

By the time Belinda Snell came off the bench to land a three-ball, prior to Erin Phillips making a fast-break score, Turkey's dream was still hanging by the finest thread imaginable at 32-12.

The interval didn't change the tide either and Turkey were unable to get any kind of foothold in the contest after the break in what proved to be disappointing end to the career of veteran guard, Esmeral Tuncluer.

A triumphant Tolo meanwhile was quick to emphasise the fact that Australia had achieved their fourth podium finish in five editions of the event, without the services of injured stars, Lauren Jackson or Elizabeth Cambage.

"I think it shows how bright the future is, because so many of us are relatively young," she smiled.

"We have other girls coming through and I think it was important for all of us to perform and make a statement that Australia can continue to be a real force for many years to come."

Bronze💪💚💛💚💛 so proud of all the adversity we have overcome together!! @AussieOpals 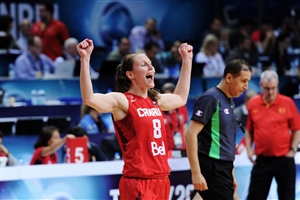 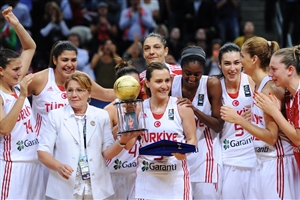