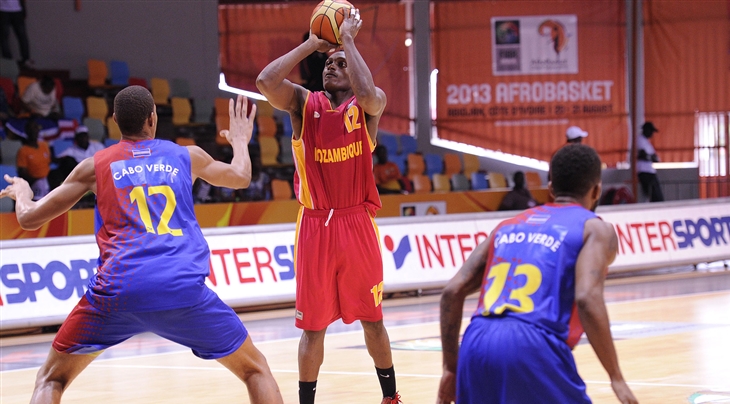 Mozambique and Zimbabwe qualify for AfroBasket 2015; only five places still to be determined

GABORONE/BULAWAYO (AfroBasket 2015) - Mozambique and Zimbabwe became the latest national teams to secure qualification for the AfroBasket 2015, which will be held in Tunisia from 19-30 August.

Two more qualifying places are up for grabs, and another three will be determined through the attribution of wildcard places to complete the 16-team tournament.

The Mozambicans headed to Botswana's capital of Gaborone with a 21-point advantage from the first-leg FIBA Africa Zone 6 Group J qualifier they played in February in their capital city of Maputo.

On Saturday, newly-appointed coach Horacio Martins' team wrapped the qualification with a nerve-racking 69-68 defeat of Botswana on Saturday.

At AfroBasket 2013 in Abidjan, Cote d'Ivoire, Mozambique opened their campaign with a 70-66 victory over the Central African Republic (CAF), but finished 11th as a result of their two victories in five games.

This will be Mozambique's ninth consecutive appearance in Africa's flagship event.

Meanwhile, in FIBA Africa Zone 6 Group I action played in Bulawayo, hosts Zimbabwe made history by qualifying for the AfroBasket for the first time ever. And the moment did not go unnoticed on the local media.

Tatenda Maturure came up with a game-high 29 points to help Zimbabwe upset South Africa 66-64 in overtime.

South African Tsakani Ngobeni finished with a team-best 24 points and Pieter Prinsloo added 16 off the bench, but they were unable to beat Zimbabwe for the second time in the four-team qualifier, which also included African champions Angola and Seychelles.

Tawanda Chitsinde and Everisto Pasipamire had 12 points apiece for Zimbabwe who finished with a 3-3 record.

After the historic game, Zimbabwe head coach Chewy Gilbert talked about what's next for his team: "It's been a fantastic week for us and we are happy to have done the nation proud by qualifying for the AfroBasket.

"Now that we are through to the AfroBasket, we will go back to the drawing board and work on our mistakes.

"Our boys showed character and gave a disciplined performance against an equally good South African side."

Taurai Chitsinde missed all seven of field-goal attempts but made up for it by dishing out a game-high four assists in Zimbabwe's winning cause.

He explained how the team achieved this historic moment, as well as the significance of qualifying for Tunisia 2015.

"Even when we got to a false start losing to South Africa and Angola, we never threw in the towel as we remained focused on turning the tables in the second leg which we did. I must say teamwork was key to us qualifying and we shall cherish this moment for the rest of our lives.

"Now that we will be competing with the best African teams later this year, I believe it's right time we raised our game," he said.

Zimbabwe's basketball is now on the international map, and the likes of Julian Mavunga and Vitalis Chikoko, two Zimbabweans playing professional in the USA and Europe, emerge as potential fits to coach Gilbert's team. 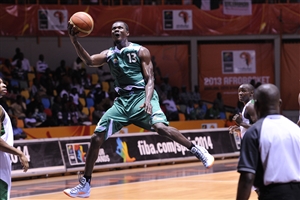 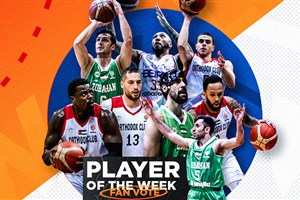 FAN VOTE: Who was your Player of the Week in Week 6 of WASL West Asia? 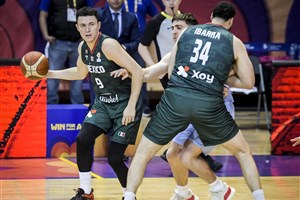 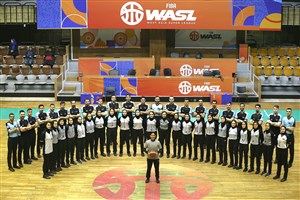