New faces at the helm of Germany, Israel and Lithuania

MUNICH (Germany) - Fresh challenges for Germany, Lithuania and Israel have coincided with the appointments of new coaches for their respective national teams.

With the European Qualifiers for the FIBA Basketball World Cup coming up in November and FIBA EuroBasket 2022 less than a year away, all three countries have put new men in charge.

FIBA EuroBasket 2022 hosts Germany, looking to build on the high of winning the FIBA Olympic Qualifying Tournament (OQT) in Split, Croatia, and then reaching the Quarter-Finals of the Tokyo Games for the first time in 29 years, have named Gordon Herbert as the successor to Henrik Rodl.

Lithuania's replacement for Darius Maskoliunas, who led the team during the EuroBasket Qualifiers and at the OQT in Kaunas, is Kazys Maksvytis, while Israel are putting their former player and experienced coach, Guy Goodes, in charge of their national team.

Germany and Lithuania will face off in Group B of the FIBA EuroBasket 2022 in Cologne, which also includes defending champions Slovenia, as well as Hungary, Bosnia and Herzegovina and France. Meanwhile, Israel will take on Serbia, Czech Republic, Poland, Finland and the Netherlands in the Prague-based Group D.

Herbert has served at the helm of clubs in Germany's Basketball Bundesliga for many years and has even coached current national team players Danilo Barthel, Isaac Bonga and Johannes Voigtmann during his third stint at Frankfurt.

A Canadian, the 62-year-old Herbert first arrived in Germany in 2000 to coach DJK s.Oliver Wurzburg and he then switched to Opel Skyliners Frankfurt, where he stayed for three seasons.

After leaving to coach in France, Herbert worked in Greece and Finland, and then as an assistant coach with the Toronto Raptors in the 2008-2009 campaign, he returned to Germany in 2010 to coach Deutsche Bank Skyliners Frankfurt. Following the 2011-2012 season at the helm of ALBA Berlin, Herbert returned for a third stint at Frankfurt, whom he coached from 2013 to 2019.

"I am very honored to be able to coach the German national team," he said. "I am very happy about this opportunity. The association is run very professionally, and the infrastructure surrounding the national team is first-class.

"And of course, we have a fantastic group of players. Some very strong players are over 30, a lot in their prime, and just as many young players pushing forward. After all, the EuroBasket next year is of course a great goal in Germany."

Indeed, Germany will host FIBA EuroBasket games in Cologne and then the Final Phase in Berlin. Georgia, Italy and the Czech Republic will also host Group Phase games. Before that, they will take on Israel, Poland and Estonia in the European Qualifiers for the World Cup.

Herbert most recently worked as an assistant coach to Nick Nurse with Canada's national team the FIBA Olympic Qualifying Tournament in Victoria. He was among Canada's head coaches, too, during the FIBA Basketball World Cup 2019 Qualifiers.

Similar to Herbert, he has worked with some of the players that are in the national team. He had Jonas Valanciunas, Edgaras Ulanovas, Arnas Butkevicius, and Rokas Giedraitis in youth teams he oversaw.

Maksvytis will wear two hats as he is also the head coach of Parma Perm. His previous head coaching position with a club was with Lithuanian outfit Neptunas, who competed in the Basketball Champions League.

He will coach Lithuania in the European Qualifiers for the World Cup against Bosnia and Herzegovina, the Czech Republic and Bulgaria.

Goodes, meanwhile, is the sixth former player to take over as head coach of Israel. A point guard, he made his debut in 1992 and played 64 times for his country.  Goodes, 50, played at the FIBA EuroBaskets in 1995 and 1999.

Now with Oded Kattash's tenure as Israel coach coming to an end this month, Goodes has the big challenge of leading the national team.

Goodes is the coach of Rishon and will remain so.

"I am happy to be appointed as the new head coach and have the honor, privilege, appreciation and trust in being able to lead the national team," Goodes said.

"This is a very exciting moment for me as a former player with the Israel National team as well as the various youth teams, this is really a huge honor. I am aware of the challenge that lies ahead as well as the expectations.

"From my side, I will do whatever is necessary in order for the national team to succeed. I want to thank the heads of the association for their trust and Maccabi Rishon Lezion and owner Itzhak Peri, who gave his blessing without hesitation.

"We have a very challenging year ahead for the National Team with two big missions in front of us ... There is a lot of quality on the current team and we have seen over the past few years under Oded Katash that the squad has done well and we want to continue that."

Israel will take on Germany, Estonia and Poland in the European Qualifiers for the World Cup. 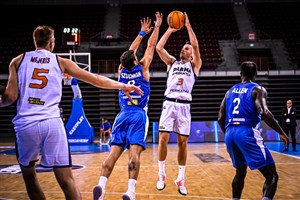 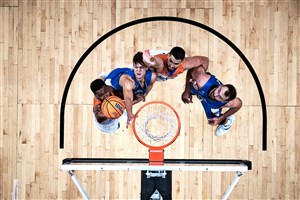 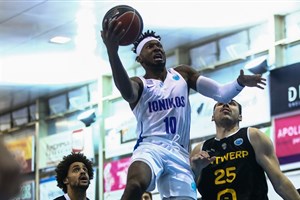 Stats leaders: Which players stood out during the Regular Season? 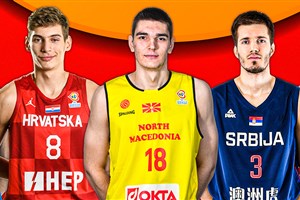 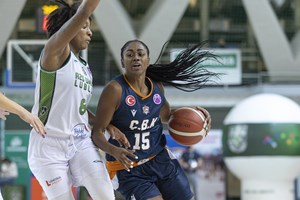