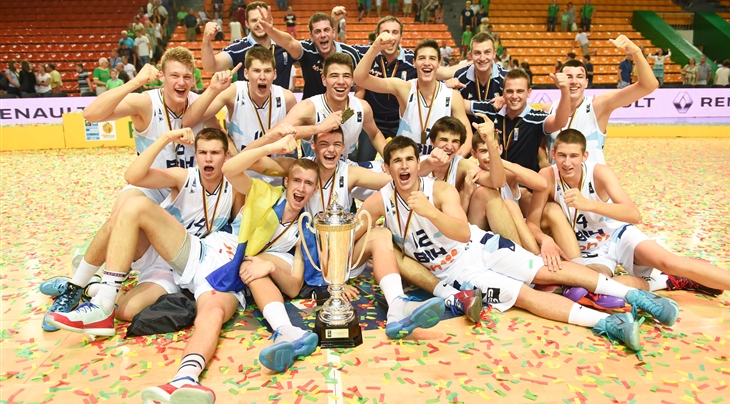 The talismanic shooting guard had 33 points, 8 rebounds, 7 assists and 2 blocks, including several key scores in the big moments, to help the Bosnians rise above hosts Lithuania, 85-83, in the Final at a sold-out Kaunas Sports Hall.

There was further cause for Musa to celebrate as he was later named the tournament's Most Valuable Player and headlined the All-Star Five.

It capped an incredible campaign for the 16-year-old, who averaged 23.2 points, 9.0 rebounds and 6.3 assists as the Bosnians won seven of their nine games.

He was joined in the competition's fantastic five by team-mate Njegos Sikiras, Lithuanian point guard Arnas Velicka and Turkey's pair of Onuralp Bitim and Ahmet Duran.

Bitim, 16 points, and Duran, 14 points, had earlier led Turkey to take third place with an 83-72 triumph against Spain.

That result avenged their defeat against the same opposition earlier in the week - and at this stage of the same competition in 2014.

Fifth place went to last year's champions, France, after they cruised to a 75-46 success against Finland behind 23 points from Yanik Blanc.

Nelson Weidemann scored 25 points to lift Germany to a 91-64 victory against Serbia in the game for seventh place while Croatia claimed ninth after overcoming Italy 76-68.

Latvia improved in the second half to come from behind and beat Montenegro 60-57 to secure just their second win of the competition, but with it 11th place.

And Greece inflicted a 77-52 defeat on England to confirm an instant return to the second tier for the side that won promotion 12 months ago. They will be joined in Division B by Israel and Russia in 2016.

Go to http://u16men.fibaeurope.com/en/default.asp for full coverage of the 2015 U16 European Championship. 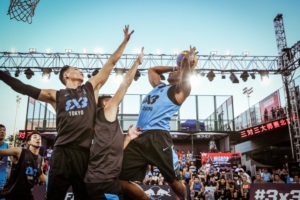 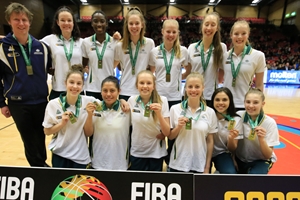 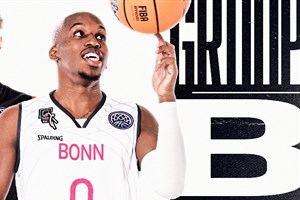 Group B: Teams from Greece, Turkey, Germany and Italy battling it out 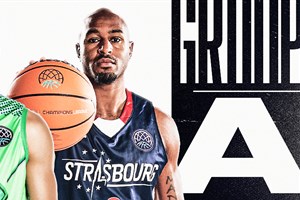 Group A: Two Final Four teams locked in together 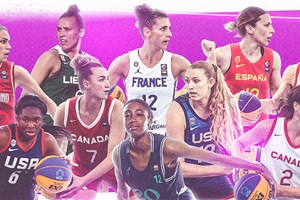