MIES (Switzerland) - Alonzo Mourning (USA), Janeth Arcain (Brazil) and Bogdan Tanjevic (Montenegro) are among the 11 world class basketball personalities that make up the FIBA Hall of Fame's 2019 Class of Inductees.

After being a part of the USA team that finished third at the FIBA Basketball World Cup in 1990, Mourning helped the Americans reclaim the title four years later and then went on to add an Olympic gold medal at the Sydney Olympics. On top of these achievements for his country, he also had an illustrious 16-year NBA career.

Arcain is widely considered one of the best players in the women's game and as such boasts an impressive list of accomplishments. The biggest among these are helping Brazil to win the FIBA Women's Basketball World Cup in 1994 and follow that up with an Olympic silver medal two years later in Atlanta.

Tanjevic led Italy to the title at FIBA EuroBasket 1999 and helped Yugoslavia finish second at the 1981 edition of Europe's biggest basketball competition. He also famously steered Turkey all the way to the Final at the FIBA Basketball World Cup 2010 on home soil.

Joining Tanjevic among the coaches rounding out this impressive class are Natalia Hejkova (Slovak Republic) and Mou Zuoyun (China - posthumously).

These 11 basketball greats, from 11 different countries across three continents, were selected from a list of more than 150 candidates. Combined, they have won 2 FIBA Basketball World Cups and 6 Olympic medals.

The 2019 Class will be enshrined into FIBA's Hall of Fame during a special ceremony taking place in Beijing, China, on August 30, on the eve of the FIBA Basketball World Cup 2019 tipping off. They will be presented at half-time of the opening game in Beijing on August 31.

Arcain said: "I'm very happy to be a part of the 2019 Class of the FIBA Hall of Fame Inductees. It means a lot to get an honor like this from FIBA, which does so much for the game of basketball. All of my life, I have done everything I could to represent myself, my family and my country as best as possible. It's also been very important to me to serve as a role model for the children who look up to me. As a Brazilian, to be joining in the FIBA Hall of Fame, some of the greats from my country like Hortencia (Marcari), Magic Paula (Maria Paula Silva) and Oscar Schmidt... I don't have the words to describe that feeling."

FIBA President Horacio Muratore said: "It's a tremendous pleasure and honor to announce the 11 basketball personalities that make up the 2019 Class of FIBA Hall of Fame Inductees. Through this class, we are proud to say we now have our first-ever inductees from China, Czech Republic, Montenegro and Slovak Republic. These eight players and three coaches have performed on the biggest stages and achieved success at the highest level. In doing so, they have also helped grow and develop our game by inspiring new generations of players and coaches. We look forward to paying tribute to them and having them be a part of the FIBA Hall of Fame."

Here is the full list of inductees that make up the 2019 Class of the FIBA Hall of Fame:

The FIBA Hall of Fame was officially inaugurated on March 1, 2007. 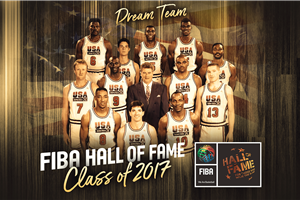 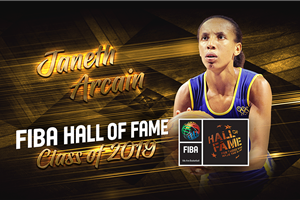