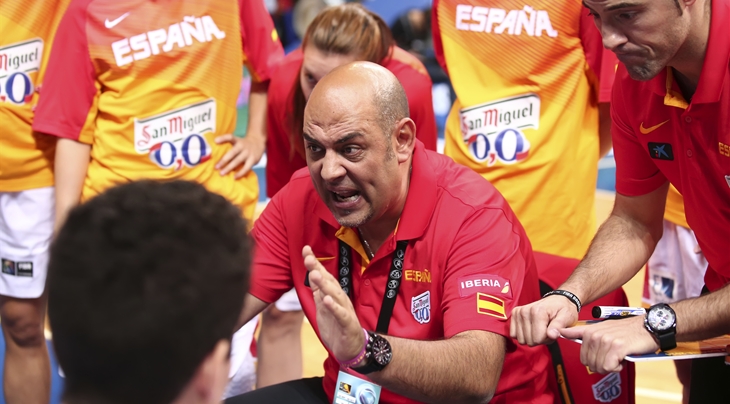 The play-caller is heading to China where he will be searching for a stunning third successive title with Shanxi Rui Flame.

Ironically, his main prospects of success will once again rely on Maya Moore, the USA star who was the main torturer of Spain in the Final of the FIBA World Championship for Women last Sunday.

The tournament MVP proved to be a thorn in the side of Mondelo and Spain, but the coach wouldn't have it any other way than linking up again with the free-scoring guard.

"To describe Maya Moore is pretty easy," insisted the play-caller.

"She is 'all the players in one' and somebody that you would always want to coach.

"She makes her team-mates better and manages to get the best of them, physically and at an emotional level.

"She gives great confidence to them and makes sure that all of them are fine.

"Maya has been one of the important reasons for me to continue coaching Shanxi."

Although Mondelo is happy to outline the benefits of having a driving force like Moore at club level, the Spanish national team is adamant that team work, rather than any of his star names was the true key in taking Spain to their maiden Final appearance.

"We are a team and the leaders like Alba (Torrens) and Sancho (Lyttle) stand up for us in doing different things," he stressed.

"Yes, they are leaders and made the All-Tournament Team - they were also important both defensively and offensively.

"But we have leaders in all directions, as is the case with Laia Palau - still one of the best point guards in the world.

"Two pieces like Alba and Sancho are very important, but they are parts of a more complex machinery and that is the team itself."

Even though Spain couldn't spring an upset in the Final, Mondelo remains fiercely proud of his team's run to the last game at the Fenerbahce Arena.

He has also received praise from some leading figures in the women's basketball world, including the likes of FIBA Europe ambassador and former Russian national team star, Ilona Korstin.

She was rapidly retweeted by Mondelo, after she stated via @IlonaK10 "@LMondelo congratulations for the silver medals! Spain is the best European team in the World Championship! You did a great job!"

Few would argue and when it comes to making podiums, Spain effectively reached another when they moved up to third place in the FIBA bwin World Ranking Women after their exploits in Istanbul. 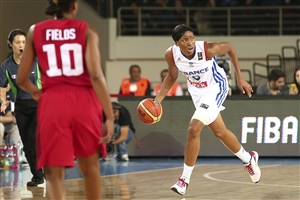 It's time for France to run