Lithuania TV ratings yet another testament to national team popularity

VALENCIA (Jeff Taylor's Eurovision) - When does a person stop what he or she is doing, sit down in a living room or a bar, or stand in a city square, and watch TV? When is something so vitally important to see that no matter what task needs to be completed, it waits until after you've viewed something on the boob tube?

In Lithuania, we know. It's when the national team plays international basketball. In addition to the hordes of 'Lietuva' fans that follow the squad to the ends of the earth, and there are many, is the rest of the country that stays behind and still supports the team.

That was a revelation, or reconfirmation, this past week by TNS, a leading global market research company. Nothing was more popular on Lithuanian television in 2015 - NOTHING - than the men's national team.

TNS reported that games played by Lithuania at last year's EuroBasket in Riga, Latvia, and Lille, France, were the first, second, third and fourth most popular broadcasts in the Baltic country in 2015. Five of the top six most popular, seven of the top 10 and nine of the top 20 were Lithuania games.

President Dalia Grybauskaite's speech on New Year's Day? It came in at No. 19. Popular shows that made the top 20 included the X Factor, Lithuania's Got Talent and the TV drama PASMERKTI. Nothing came close to the national team games.

TNS announced that Lithuania's Final against Spain was No. 1 with a TV rating of 27.5 percent. Even the non-competitive, pre-EuroBasket friendly against Australia, which ranked No. 18, had people tuning in. 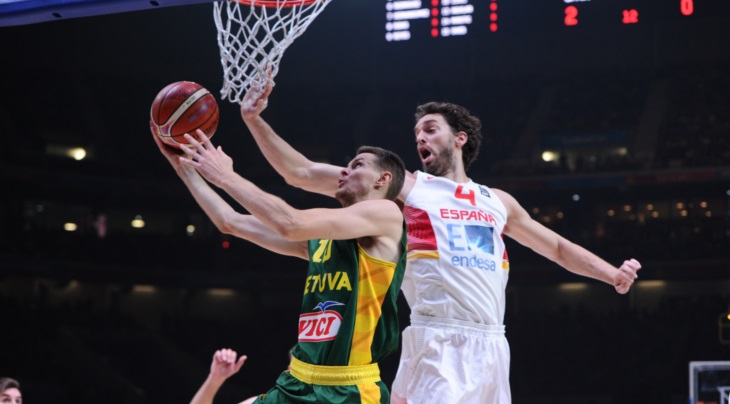 FIBA, of course, have known about the TV ratings for some time, that the national team is the most popular side in countries around the world. Ratings are high everywhere when national teams play. Look here at some of the numbers during the EuroBasket. Outside of Europe? The Uganda coach, Mandy Lutwama Juruni, told me at last year's AfroBasket that the national team was very popular back home thanks to the television coverage.

"Definitely, us going there (to AfroBasket 2015) has made basketball more popular back home," he said. "People watched the games on TV, so there is a lot that has changed with us having come here."

There is a togetherness, a union, an us-against-them feeling that permeates a country when the national team plays. It captures the imagination. The national team is, as FIBA has repeated over and over, the engine for basketball in countries around the world.

It's why FIBA have decided to give the fans what they want, more competitive national team games throughout the year. They have a new system of competition, one that will have several windows when players leave their clubs to join their national teams and play qualifying games for the 2019 FIBA Basketball World Cup and the 2021 Continental Cups. This will start in November of 2017.

More national team games will make it easier for federations to get sponsors. More sponsors will mean more money. More money will mean more investment for the game.

Federations will continue to spend money on youth tournaments, giving aspiring players a chance to compete in the summer and showcase their talent.

One important aspect to the Basketball Champions League that is to launch later this year is that it will observe the windows in the new FIBA calendar and release basketball players when they are supposed to be released. Basketball will go from being a small story to a big story in the sports pages during international breaks.

I spoke to Unicaja Malaga's Nemanja Nedovic, a Serbia international, not that long ago about the new system of competition, the international windows, the increased opportunities to play competitive games in his own country.

"The national team is always good for players to regain confidence, some motivation," he said. "It's always a big honor to play for your country, in front of your people. It's always a great experience. I am looking forward to it. Some players will go home for a little bit during the season and that means a lot."

Look at FIBA's strategy. The new system of competition is going to be a great development for the game. Let's get behind it. 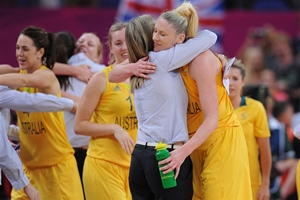 A season for the ages 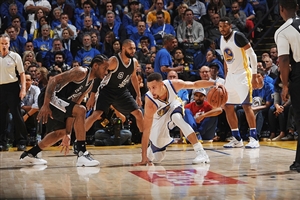