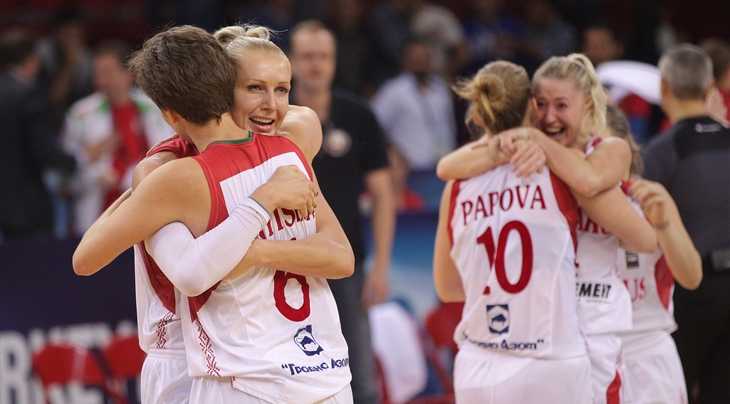 Leader Yelena Leuchanka had a beast of game with 20 points and a tournament-high 18 rebounds and played a expectedly pivotal role in that final outburst before Nadzeya Drozd and Katsiaryna Snytsina came up with the two makes from beyond the arc to ensure the 2010 FIBA World Championship for Women Semi-Finalists will advance from the Group Phase.

"During that time out (when Cuba built a 69-58 lead with about three minutes left), our coach kept telling us to keep going hard on defense. He was telling us to keep the defense going and get a click on the offense," said the Jiangsu Phoenix center.

"I was going to try and do more pick-and-rolls because they (Cuba) were under foul trouble. We wanted to force some free-throws and keep the pressure on them," she said.

"So we tried to play aggressive. I think that helped us. We did well on the rebounds and they missed those free-throws. It was a different game by then," she added.

With about 24 seconds left in the game, Oyanaisy Gelis drew a foul on Tatsiana Likhtarovich and stepped up to the foul line with an opportunity to put the game further away from Belarus' reach. But both Gelis' attempts bounced off the rim and Leuchanka grabbed the rebound to set up Snytsina who deliver the sucker punch.

"With about two and a half minutes left in the game, I sat down and told myself: Look if we win it's going to be tough. But if we get a couple of stops on the defense, which my team is capable of, I knew we were always in the game," recalled the 31-year-old.

"At one point, for a second the thought that 'Oh we've lost the game' did come to my mind. But I said you know what, we are going to fight till the end whatever the outcome it's going to be. Because I'd rather lose with 100% effort than losing knowing we could've done better."

"The attitude with which we approach the situation can determine our success or failure" #proud #Belarus #Turkey2014 pic.twitter.com/AhTL3Z3e3n 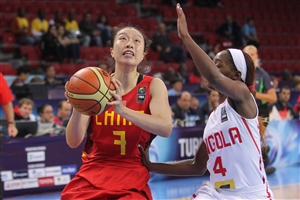 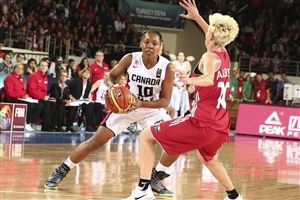