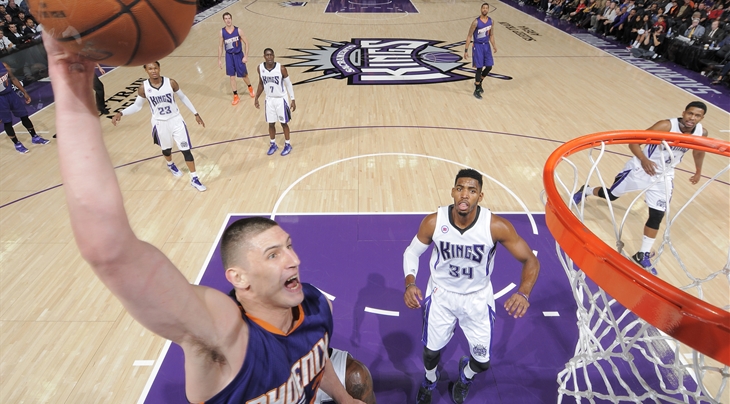 PHOENIX (NBA/EuroBasket 2015) - Making the transition from the NCAA to the NBA is not a simple process.

Most players, especially big men, need time to get used to the best league in the world.

After a difficult, injury-riddled rookie campaign, the Phoenix Suns' second-year star Alex Len has shown why the team selected him with the fifth overall pick in the 2013 NBA Draft.

The Ukrainian center, who spent a year playing for the Maryland Terrapins before turning professional, is averaging 6.3 points, six rebounds and 1.5 blocks per game.

He is also turning in some highlight-reel plays.

There are plenty of fans back home rooting for the Antratsyt native to find success - and a lot of experts believe he will.

Will Len, once the season is over, turn his attention to Ukraine's national team and play at EuroBasket 2015 under veteran coach Mike Fratello?

He spoke to FIBA.com.

FIBA: You had a very tough rookie season last year due to ankle injuries. How do you feel this season?
Len: I feel happy and in very good shape. Last season was very difficult for me as I probably went through the most complicated months of my life by having to deal with those injuries. I was frustrated and I had to work hard to be healthy again. I spent a lot of time in the gym lifting weights in order to get stronger and that helped me be in great shape now. I can finally show what can I do on the court and I feel very satisfied about what I have been doing so far this season.

FIBA: The Phoenix Suns are eighth in the Western Conference with 26 wins and 20 losses. How do you feel about this season?
Len: It's been going well so far. The team is playing better than last season and we have been improving on the defensive end. We haven't been dealing with a lot of injuries so far and I hope that the team will remain healthy as long as possible. We want to make it to the playoffs, as we were very frustrated to finish so close from the first eight spots of the conference at the end of the regular season last year.

FIBA: Have you been monitoring the progress of Ukraine's national team, which finished sixth at EuroBasket 2013 and then played at a FIBA Basketball World Cup for the first time?
Len: It is great to see that Ukraine has been doing great in the last couple of years. The national team had some good results at the last EuroBasket and despite their early elimination at the 2014 FIBA Basketball World Cup, I thought that my countrymen showed that we have a competitive team. Mike Fratello and the [national] federation have been doing a great job and I am really confident about our future.

We are building a solid team in order to put Ukraine on world basketball's map. - Len

FIBA: Ukraine will play at EuroBasket 2015 campaign in Group D in Riga against Estonia, Lithuania, Latvia, Belgium and the Czech Republic. How do you see the team's prospects?
Len: Our group is very open and every team can go to the next round. Lithuania has more experience than every other team in the group but I think that it is complicated to predict who is going to go through the group phase. I know some players from our opponents and there is a lot of talent in those teams. I am sure that the team is going to have a great campaign. It would be good to do better than the sixth place at the 2013 EuroBasket.

FIBA: Are you going to play at the EuroBasket this summer?
Len: It is going to be an important competition for Ukraine basketball but it is still early to talk about it as I am only focused on the NBA season for now. But I would definitely like to play for my national team and give my contribution to help Ukraine's basketball progression. 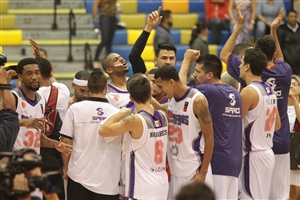 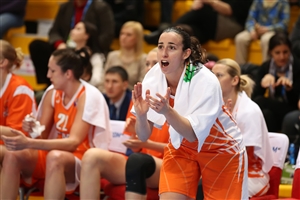