TOKYO (Japan) - The Australian Government has been presented a recognition award for their outstanding support of the Basketball For Good activities funded through Team Up (formerly Pacific Sports Partnerships) in FIBA's Oceania region.

FIBA Secretary-General Andreas Zagklis presented the award to Australian Senator and Minister for Sport the Hon. Richard Colbeck on July 23, a day before the Summer Olympics in Tokyo commence.

"We are very grateful for the partnership we have with the Australian Government in supporting our Basketball For Good programs in partnerships with the FIBA's Foundation and the FIBA Oceania Regional Office. In the last seven years, these programs have excelled and helped communities in the Oceania region while providing a platform to develop and promote basketball in safe environments," said Zagklis.

The Team Up program, formerly known as Pacific Sports Partnerships, has supported FIBA's Basketball For Good initiatives in the region since its launch in 2014 in Suva, Fiji. Since then, the program has expanded to Papua New Guinea, Kiribati, Samoa, Timor Leste, and Vanuatu. The initiative funded by the Australian Government is aimed to support all communities to help them reach their full potential through sport.

The Basketball For Good programs in Oceania aims to attract and retain participants, focusing on women and girls, as well as providing safe, inclusive and accessible environments to help enable participants to enjoy their basketball experiences.

The meeting between Mr. Zagklis and Minister Colbeck also marked the launch of a seven-year report on the outcomes of the Pacific Sports Partnership. The full report can be accessed here.
Highlights from the program include:

Improved opportunities for women and girls
The partnership has provided a platform for females to take up roles of engagement as employees, volunteers, and ambassadors with the National Federations.

Twilight Basketball
Twilight Basketball - Partners with Australian Federal Police and the PNG Constabulary to complement the local crime prevention. The criminal activity was reduced by 30% in the areas that the program was being hosted in PNG.

A documentary series on Twilight Basketball has also been produced and has more than 850,000+ reach on Social Media.

The Basketball For Good programs in the Pacific are supported by the Australian Government through the Team Up Program and the FIBA Foundation. 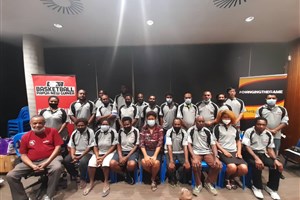 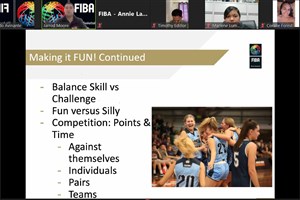 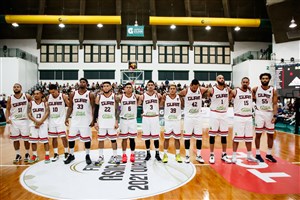 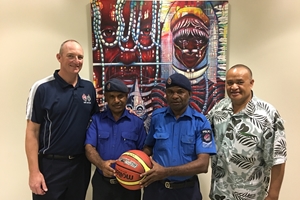 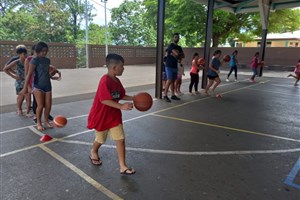