MIES, Switzerland - FIBA's Central Board on Saturday signed off on changes being made to the Official Basketball Rules.

The modifications will help make the game more spectacular, free-flowing and fluid.

These changes come after FIBA's Rules Advisory Group (RAG) - which consists of experts from FIBA, the NBA and the National Collegiate Athletic Association (NCAA) - analysed 32 proposals and made recommendations to FIBA's Technical Commission at its meeting on June 6-7.

RAG held extensive talks and consultations with these bodies as well as the FIBA Players' Commission and the World Association of Basketball Coaches (WABC) in the leadup to the meeting.

FIBA's Technical Commission reviewed all 32 proposals and approved 14 of them, paving the way for the Central Board to give the final green light.

Among the biggest and most important changes are:

Amended rule: 29.2.3 - The shot clock shall be reset whenever the game is stopped by an official for a foul or violation committed by the team in control of the ball.

In these situations, the possession of the ball shall be awarded to the opponent team that previously had control of the ball. Then:

When the game clock shows 2:00 minutes or less in the fourth quarter and in overtime, following a time-out taken by the team that is entitled to the possession of the ball from its backcourt, the coach of that team has the right to decide whether the subsequent throw-in shall be administered at the throw-in line opposite the scorer's table in the team’s frontcourt or in the team's backcourt.

If the throw-in shall be administered at the throw-in line opposite the scorer's table in the team's frontcourt, the shot clock shall be reset as follows:

If the throw-in shall be administered in the team's backcourt, the shot clock shall be reset to new 24 seconds
or continue from the time it was stopped as defined by the rules.

Reason for change: To shorten the time the offensive team has at its disposal for a shot, once a team is already in the frontcourt. To allow for more opportunities for a shot for a field goal during the game.

New rule:
35.1 Definition
35.1.1 A double foul is a situation in which 2 opponents commit personal fouls against each other at approximately the same time.
35.1.2 To consider 2 fouls as a double foul, the following conditions shall be required:

Reason for change: To simplify the rules principles in the situation when 2 opponents commit personal fouls against each other at approximately the same time.

During any time of the game:

Throw-in after an unsportsmanlike or disqualifying foul

New rule: All throw-ins as the part of an unsportsmanlike and disqualifying foul shall be administered from the throw-in line in the team's frontcourt.
Reason for change: To speed up the game, to allow for more possession thus for possibly more scoring. To eliminate complex situations after a throw-in from the center line. 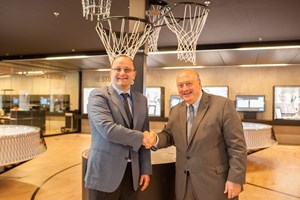 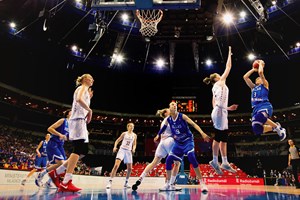 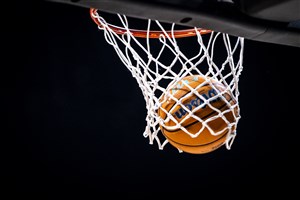 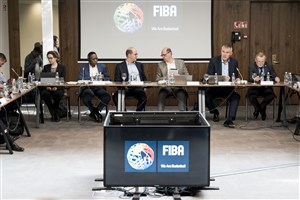