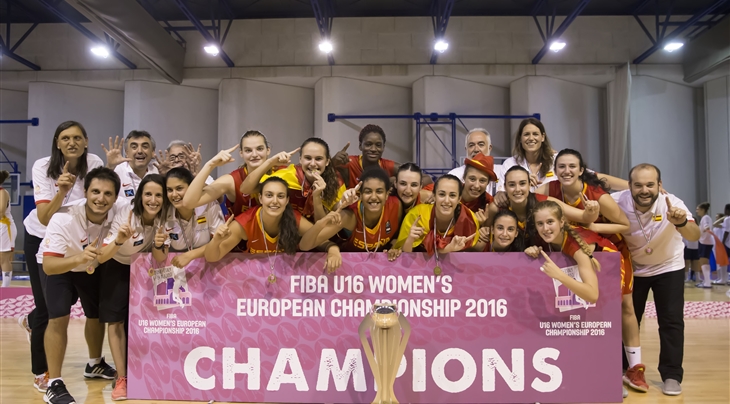 The two sides were joined on the podium by France, who had earlier in the day, deflated the hopes of the home crowd by beating Italy 68-50 in the game for third place.

Following a tightly contested opening 20 minutes, that saw five lead changes and the scores tied on eight occasions, Spain turned up the heat following the break; taking the third quarter 20-10 to build an unassailable lead and confirm their 10th gold medal in the competition.

It marked a remarkable fourth title for Spain in the past six editions of the event, the previous three triumphs coming in 2011, 2012 and 2013.

There was however some consolation for Germany, with influential forward Luisa Geiselsoder named the tournament's MVP. She was joined on the All-Star Five by team-mate Leonie Fiebich, winning Spaniard Ainhoa Lacorzana, local favourite Sara Madera, and influential Croatian guard Mihaela Lazic, who carried her team to a respectable fifth place.

At the other end of the table, there was heartbreak for Portugal who were fighting for Division A survival against Serbia. A last-ditch three-point attempt from Raquel Laneiro to force overtime went astray, allowing the Serbs to cling on for both the 77-74 win and their Division A status. Portugal will play in Division B next year along Sweden and Slovak Republic, who had already learned their fate for 2017, some 24 hours earlier.

They will be replaced in Division A by Poland, Romania and Netherlands, who earned their tickets as the three best-placed teams at the FIBA U16 Women's European Championship Division B 2016, which took place concurrently in Oradea, Romania. Poland defeated Romania 66-52 in the Final, whilst Netherlands secured the final Division A promotion spot with a 50-44 win over Israel.

The FIBA U16 Women’s European Championship 2016 Division A Final Standing: 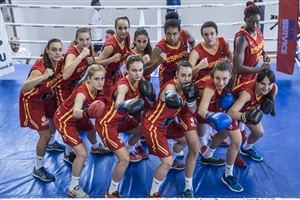