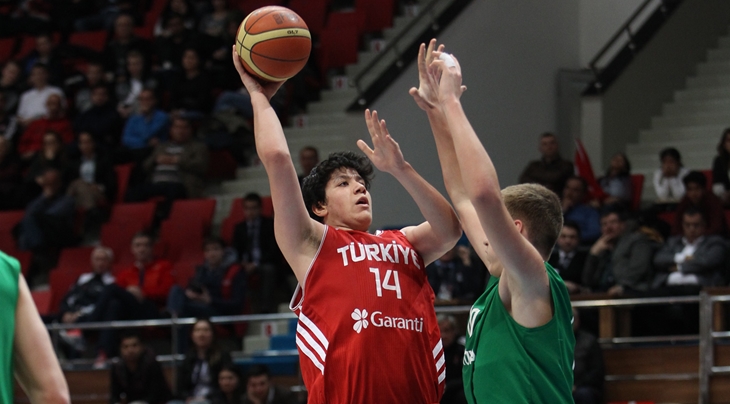 REGENSBURG (David Hein's Eye on the Future) - If the Pinar International U16 Tournament is any indication, then this summer's U16 European Championship in Kaunas, Lithuania will be a thrilling event. Not only will there be some battles among the best in Europe, but the tournament is also a qualifier for the 2016 FIBA U17 World Championship.

Hosts Turkey won the 12-team tournament that took place in Konya from 31 January to 7 February thanks to a basket at the final buzzer by Ahmet Can Duran for a 69-68 victory over Lithuania.

Duran was coming off a promising showing for Fenerbahce Ulker Istanbul at the Adidas Next Generation Tournament (ANGT) in Kaunas, where he was going against players two years older than him.

After collecting 14 points and 21 rebounds against Lithuania, Duran ended up winning the MVP award in Konya. It wasn't a surprise given that he averaged 14.2 points, a tournament high 12.8 rebounds, 1.7 assists, 1.4 blocks and 1.1 steals.

Duran wasn't the only major reason why Turkey won the exhibition tournaments as Onur Alp Birim had 18 points and 10 rebounds in the final and ended up averaging 19.8 points, 7.8 rebounds and 1.4 assists.

Lithuania's two main guns were Ignas Sargiunas and Grantas Vasiliauskas, who averaged 15.2 and 13.2 points respectively, including combining for 37 points in the final.

You really have to say that the performances put on by these youngsters down the stretch were impressive, particularly when you consider that they were playing their seventh game in eight days.

Yes, that's right. Seven games in eight days. The two groups of six teams had five games in as many days. Those are way too many games for any player.

This is the comment from one European club executive with a player in the tournament: "Too many games. Coach must think about strength … They don't care about player health. But I have to care about it."

As great as this tournament was - live streaming from the two courts on the site of the 2014 U18 European Championship, live stats, box scores etc - this is a major drawback. And it wouldn't be a surprise if some clubs refuse to release their players for this competition - which is solely an exhibition.

So, that being said, the play was at a pretty high level and most of the teams had players who will become household names down the road - some who are actually already pretty big names.

Bosnia and Herzegovina's Dzanan Musa showed just why Croatia's up-and-coming powerhouse Cedevita signed him for a big money, long-term deal. He led all players in Konya in scoring and assists with 21.3 points and 5.3 assists to go along with 6.3 rebounds. One number that will undoubtedly concern Cedevita is 38:17 - the average number of minutes Musa played at the Pinar U16.

His teammate Njegos Sikiras, whose club Stellazzurra BA Rome won the ANGT qualifier in Rome, had a superb tournament as well with 15.1 points, 9.9 rebounds, 2.3 steals  and 1.6 blocks.

Some other notes about the tournament:

It was great for Georgia to be in Konya, especially to give their young players some exposure to a high level of play elsewhere in Europe. One player many scouts were interested in watching was big man Goga Bitadze, who was seventh in the tournament in scoring (14.7 points), second in rebounding (11.0) and first in blocks (2.9). He did not shoot great from the field (47 percent from inside two-point range), but showed an ability to connect from beyond the arc, making 6-of-29 threes.

Georgia are actually not in Division A at the U16 European Championship level, so this tournament will definitely help them.

It also was great for China, who beat Serbia, Germany and Latvia and will build on that experience for the the 2015 FIBA Asia U16 Championship.

The 2015 U16 European Championship will take place from August 6-16. Knowing that many of the stars from Pinar U16 will also be in Lithuania, it would definitely be worth checking out that tournament. 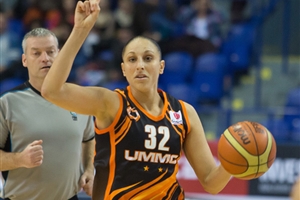 WNBA should be wary of possible werewolf status

A Thursday night from hoops heaven 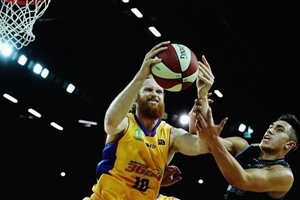