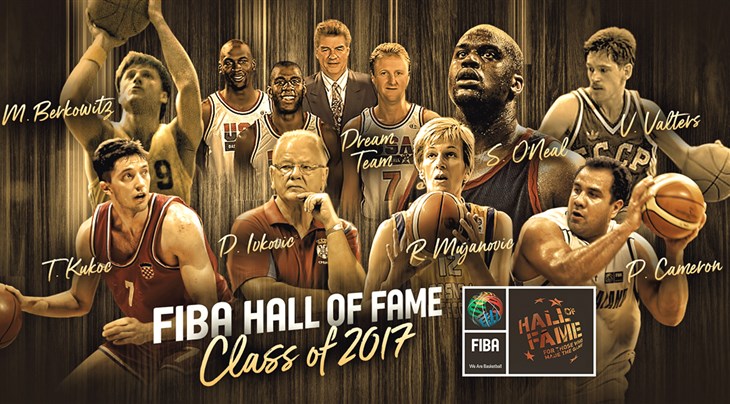 The Dream Team was the United States of Americas' first-ever Olympic basketball team to feature active NBA players. It is widely regarded as the greatest team ever assembled in all of sport as it consisted of legends such as Michael Jordan, Magic Johnson, Larry Bird, Charles Barkley, Karl Malone as well as 2013 FIBA Hall of Fame Inductee David Robinson. The Honors Committee of the FIBA Hall of Fame exceptionally decided to reward the outstanding contributions of the team to international basketball on the occasion of the 25th anniversary of its remarkable appearance at the 1992 Barcelona Olympics, where it won the gold medal.

O'Neal (USA) and Kukoc (Croatia) are among six former players being enshrined, alongside Mickey Berkowitz (Israel), Pero Cameron (New Zealand), Razija Mujanovic (Bosnia and Herzegovina) and Valdis Valters (Latvia). Joining them is coaching great Dusan Ivkovic (Serbia). They were selected from a list of more than 150 candidates.

They will be inducted in FIBA's Hall of Fame during a special ceremony at the House of Basketball - the headquarters of basketball's world governing body on the outskirts of Geneva, Switzerland - on Saturday September 30.

O'Neal said: "I am extremely honored to be inducted in the FIBA Hall of Fame. Representing the United States was such an honor. Being on the winning World Cup title team with the Dream Team II in 1994 and winning the Olympic gold medal in 1996 were two of the biggest achievements of my career."

FIBA President Horacio Muratore said: "The 2017 Class of the FIBA Hall of Fame distinguishes itself for the impressive amount of success these personalities have experienced on the court for their respective countries. We congratulate them for all of their glorious moments and look forward to honoring them and welcoming them as the latest class of FIBA Hall of Fame inductees. We are especially pleased to enshrine the Dream Team 25 years after they stepped on the world stage and revolutionized basketball across the globe."

Here is the full list of inductees that make up the 2017 Class of the FIBA Hall of Fame:

Leading up to the Induction Ceremony, profiles on every one of the inductees will appear on FIBA.basketball.

The FIBA Hall of Fame was officially inaugurated on March 1 2007. 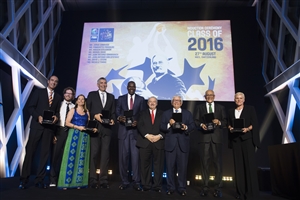 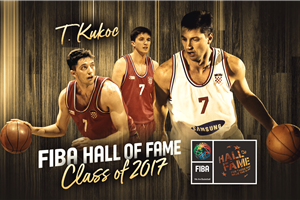