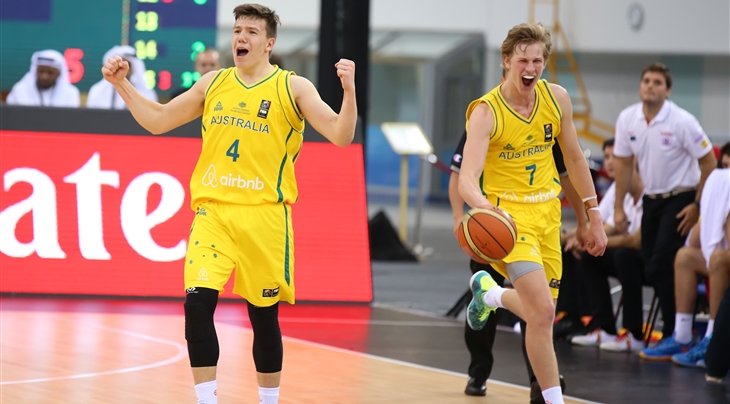 Australia and New Zealand both left thinking "what if"

REGENSBURG (David Hein's Eye on the Future) - Teams, players and coaches rarely want to talk about "what if". But there is plenty of that to talk about for both teams after the final of the FIBA Oceania U19 Qualification for Men, which Australia won 84-81 over New Zealand thanks to Dejan Vasiljevic's three-pointer at the buzzer.

First off, let's look at the losing side. The Junior Tall Blacks definitely showed that they have a strong team, even if Australia were missing a number of key players. The future is definitely bright for New Zealand with the likes of Tai Wynyard and Sam Timmins from this team.

But this was probably the best opportunity for New Zealand to knock off Australia - as I talked about in this column two weeks ago. And the Kiwis missed out on it.

What if… Iyazah Mauriohooho Le'Afa was a little more solid with the ball in the first quarter?

With New Zealand up by four points, the point guard missed two shots and committed two turnovers as Australia finished the final 3:31 minutes of the first quarter on a 16-2 run for a 31-21 lead.

What if… Wynyard didn't get into foul trouble in the first half?

He showed over the course of the game that he can be dominant, scoring 19 of his 21 points in the second half.

What if… New Zealand hadn't committed four turnovers and watched Australia open a 53-44 lead after having powered back to even the game at 44-44?

What if… New Zealand had been able to continue to execute on offense in the final four minutes after actually moving ahead 71-68 with nine straight points?

And then the biggest one…

What if… Dejan Vasiljevic doesn't nail the game-winning three-pointer?

New Zealand may have been able to use their dominant big man combo of Timmins and Wynyard  - who combined for 41 points, 20 rebounds, six blocks and four assists - in overtime to pull out the victory.

Australia showed that their big game experience made the difference.

Vasiljevic, who also nailed a huge three-pointer with a minute to play for an 80-77 Australia lead, was one of six Aussies who finished second at the 2014 FIBA U17 World Championship. Tom Wilson was another one and he converted a layup to knot the game at 77-77.

This game will definitely be a huge help for New Zealand and their young and talented players moving forward. But right now, the Junior Tall Blacks will be left asking… what if.

But Australia have their own what ifs to ask.

What if… those guys don't step up and Australia actually lose to New Zealand for the first time in qualifying for the FIBA U19 World Championship?

That would border on a national embarrassment - without taking anything away from New Zealand. This group of Australian youngsters would have been the generation that didn't get it done - even though there were some major top players missing.

What if… these top players say no again - or get injured?

US-based Ben Simmons and Jonah Bolden did not come to Oceania for the tournament. Thon Maker still has not committed 100 percent to playing for Australia. Isaac Humphries suffered a quad injury and Jack McVeigh was out with tonsillitis - the last two being last-minute scratches.

Many Australians have already made their way to the United States to play collegiate basketball. But more and more Australians are heading to the US to play high school basketball as well. And it's hard if those players are at elite schools - Simmons is at the number one high school in the United States - to make the trips back to Australia for their training camps for competitions.

Australia usually is one of the most prepared countries at international competitions, having gone through a number of training camps over the previous months and even taken trips to play opponents. All that is a lot more difficult with the distance between Australia and the US.

What if… everybody comes next summer for the 2015 FIBA U19 World Championship?

If Maker decides to commit to Australia and goes to Crete with Simmons and Bolden to hook up with the likes of Humphries, Vasiljevic and Wilson, what's possible?

The U17 gang showed they can play against the Americans. And the elite guys in the US are showing they are just as good as the best in America.

What if… Australia can get back to the U19 Worlds Semi-Finals for the third time in the last four competitions?

Matt Dellavedova did it in 2009 and Dante Exum got the Emus to fourth place as well in 2013.

What if… the Emus can win it all? 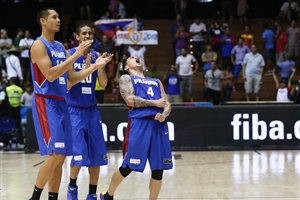 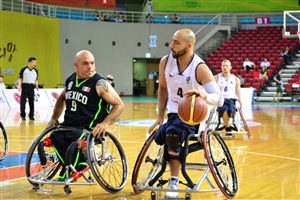