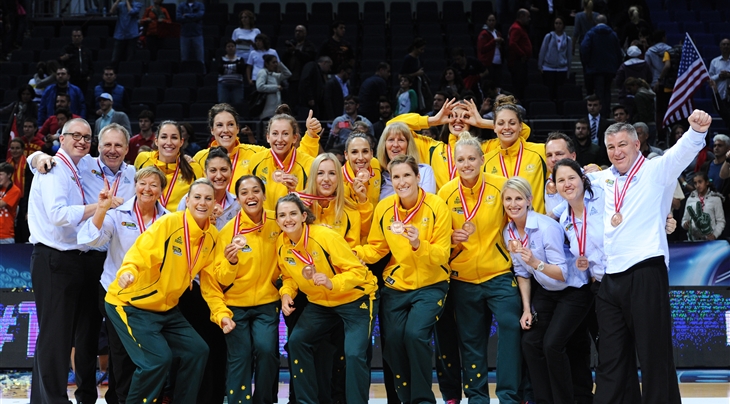 Aussies revel in bronze medal worth its weight in gold

"This is a great team. This is the proudest moment of my coaching career," said Joyce, who took charge of the Opals 18 months ago.

All credit goes to Penny and Erin for the remarkable leadership they showed on the floor right through the tournament. - Joyce

"This is a bronze worth its weight in gold. It may sound a little cliched, but I mean it.

"This is a great team. This may sound as cliched, but again this is a real team.

The players in turn attributed the success to the system Joyce had put in.

"I think this is the best defensive teams that Australia have ever put together. All credit to Brendan for that," said Phillips.

The youngsters in the team really raised to the occasion each time. - Phillips

"This is a really fit team capable of playing high tempo basketball."

Phillips was also a member of the Australia team that won the title at the 2006 FIBA World Championship for Women.

"I just told (point guard Tessa) Lavey: 'For me it's another medal. But I'm very lucky to win this medal with you girls.' That's how much this means to me," she went on.

Taylor too said she was lucky to add to her 2006 gold medal.

I am really proud of the team. We had to really handle some big changes. - Taylor

"This team has been the most together and happy as a team more than any other team. We had adversity staring in the face right through," Taylor said.

"There's a lot of talent coming in. I'm so proud of them. I think Brendan has put together a fantastic system, especially in defense," she added. 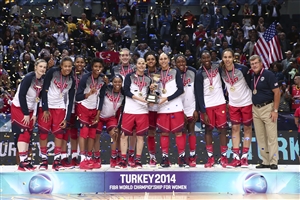 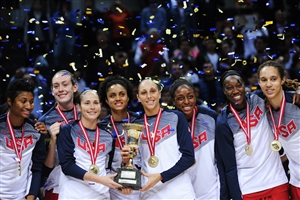