ORANJESTAD - With the participation of 16 teams and more than 200 local players in the U12, U14, U16 and U18, the Aruba Basketball Bond has set to sustain sports activities alive in the island with the celebration of their annual National Tournament.

From the month of November 2018 until May of 2019, players younger than 19 will fight for the youth championship before going on to the adult tournament that kicks off in April.

The development of basketball in the island is mostly in charge of the clubs, said the Federation’s president, Valeska Milton, to FIBA.com. She also pointed out the lack of staff as one of the main issues they wish to resolve. “We try to promote the sport as much as we can do so, but it's not easy because the Federation’s staff works voluntarily. Some people would like to contribute, but they would like to be paid (for their work),” said Milton.

One of the main objectives of Aruba’s program is to achieve that one of their athletes gets an athletic scholarship to play and study in the United States, so that this may motivate the country's youth. Aruba already achieved this with Major League Baseball player Xander Bogaerts, who was discovered by a Boston Red Sox scout in a visit to the island in 2009.

“I would say that basketball is currently either the third or fourth most popular game in the island. Football (soccer) is quite popular here. So is baseball, because of Xander Bogaerts. Then, it’s volleyball and basketball,” explained Milton.

In the month of February, the Federation celebrated a camp with their juvenile shortlist, which featured David McDaniel, a former professional player from the United States who today specializes in athletic performance. He also offered a workshop for the country’s trainers.

Aruba is also making efforts to certify one of their referees for international FIBA events, something that has not been achieved in recent years.

However, the Federation stays focused toward their goals, including their national team, which still have no competitions scheduled in the recent future. In fact, Aruba has only disputed an official FIBA zone event in their history, the CBC U16 Championship in 2016, where they ended in eighth place.

“The National Team are currently practicing, because that's one of the things that the Olympic Committee expects of the Federation — that the national team’s shortlist continues to practice during the entire year,” Milton concluded. 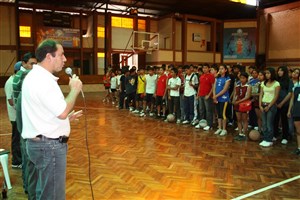 Bolivian basketball's future is in its children

San Lorenzo, Guaros, Capitanes and Las Animas pull out all the stops to reach the Final4 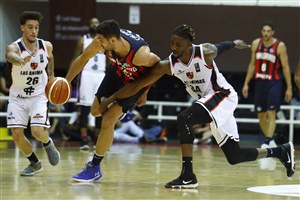 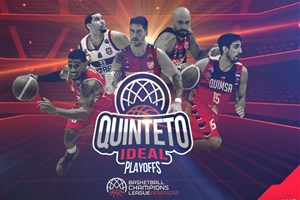 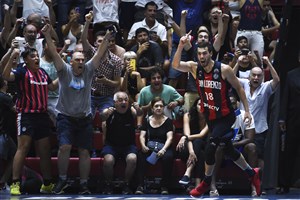