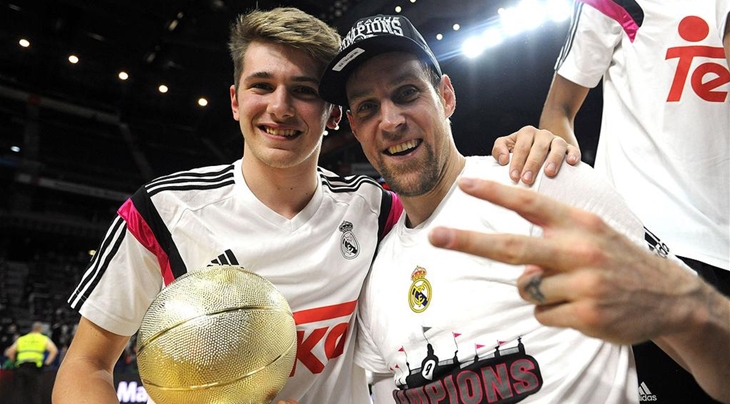 REGENSBURG (David Hein's Eye on the Future) - The Adidas Next Generation Tournament (ANGT) certainly lived up to its billing as we got the Real Madrid-Crvena Zvezda Telekom Belgrade final we wanted and we got the star showings we wanted.

Madrid beat Crvena Zvezda 73-70 in the final to capture the club's first title in the ANGT history. Madrid also became the first time since CSKA Moscow in 2006 to win the Euroleague and junior tournament double.

Crvena Zvezda meanwhile missed a chance become the first team to repeat since FMP did so in 2009.

It's hard not to use superlatives when you talk about Madrid's 16-year-old Luka Doncic, who was the clear choice for MVP of the tournament after a strong showing throughout the ANGT.

With the aggressive Zvezda defense all over him in the final, Doncic made just 5-of-17 shots and turned the ball over seven times. But he still collected 14 points, 11 rebounds and five assists.

Doncic also showed a propensity to shine late in games. After hitting two big three-pointers in the final two minutes in Madrid’s group win over INSEP Paris, he then drew an offensive foul on Vojislav Stojanovic inside the final minute, taking the Zvezda leader out of the game with his fifth foul.

All told, Doncic averaged 11.5 points, 9.0 rebounds and 5.8 assists though he shot just 31 percent from the field against defenses keen on slowing him down. Still there were countless flashes of brilliance to wow the fans - and talent observers in the Spanish capital to catch a glimpse of Doncic.

But Madrid was far from just Doncic. Emanuel Cate played his way onto the All-Tournament Team with an excellent final as he collected 11 points, eight rebounds and eight blocks. He was part of a three-headed monster in the paint along with Samba Ndiaye and Felipe Dos Anjos.

Jonathan Barreiro showed his rash of injuries haven't slowed him down, being a silent assassin from the outside, hitting 43 percent of his three-pointers. And Santiago Yusta displayed his versatile wing game, including catching numerous alley-oops from Doncic in a combination that will long please fans after the Sergio Rodriguez-to-Rudy Fernandez days are over.

Crvena Zvezda actually dropped two games in Madrid, though the final group game was meaningless as they had already advanced to the final. Stojanovic was a masterful ring leader and would have been named MVP had Crvena Zvezda won the tournament. He averaged 14.3 points, 7.8 rebounds, 6.8 assists and 2.8 steals as the team’s main man.

Aleksandar Aranitovic led the team in scoring with 16.8 points - including 26 in the final - while also collecting 4.5 rebounds, 4.3 steals and 2.8 assists. And the other great player to watch was Borisa Simanic, who averaged 11 points, 5.3 rebounds and 1.5 blocks while also shooting 36 percent from three-point range.

The Madrid-Crvena Zvezda final was the heavyweight fight everyone expected. And it was the culmination of a superb weekend of action.

INSEP gave Real Madrid a great fight in group play and the world got to finally see a healthy Killian Tillie. The younger brother of French national team player Kim Tillie missed almost the season with a series of injuries but he earned his spot on the All-Tournament Team by averaging 14.3 points, 6.0 rebounds, 3.7 steals and 1.0 assists.

INSEP power forward Stephane Gombauld could have been picked for the selection team as well as he averaged 20 points and 10 rebounds while Jonathan Jeanne did not have a great tournament but showed that he had taken another step in his development, including hitting 3-of-6 three-pointers.

Just like INSEP, Spars Sarajevo won two games as well, thanks to All-Tournament Team member Edin Atic, who was superb with 18.7 points, 7.3 rebounds, 4.0 steals and 2.7 assists. Amar Gegic struggled a bit with his ball handling but he also showed flashes of brilliance.

VEF Riga went into their last game against Madrid knowing a victory could get them into the final. But Madrid were just too loaded - though Rodions Kurucs and Zigmars Raimo proved to be a fun duo to watch.

Unicaja Malaga were entertaining because they were always falling behind games and coming back to make them close. Unicaja trailed Crvena Zvezda by 30 points late in the third quarter but led by the relentless Romaric Belemene had the ball with 30 seconds down by three before turning it over and losing.

Zalgiris Kaunas had a trio that could stack up with any in the tournament in Martynas Echodas, Martynas Varnas and Laurynas Birutis. But there was not much else there - especially from the guards positions.

All in all, it was another great weekend of ANGT action. And the 2016 Final Four in Berlin cannot come soon enough. 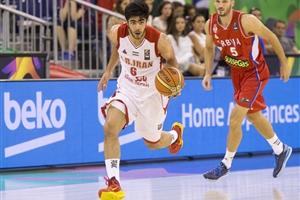 A 'real coup' for Tall Ferns 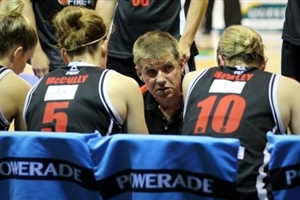