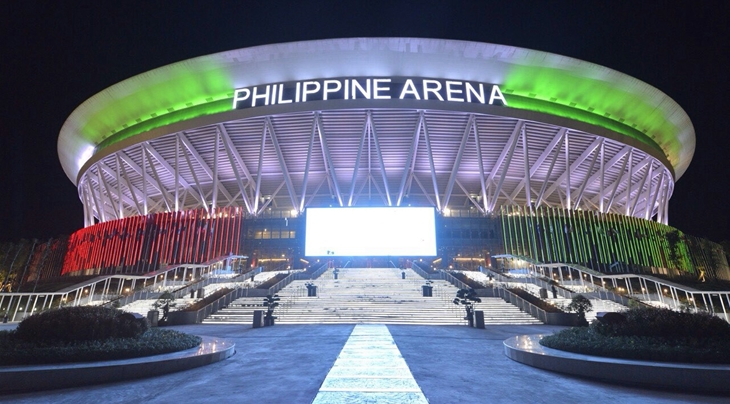 In the lead-up to the decision, FIBA.com takes a closer look at the proposals made by both countries, focusing on four key areas:
1. Vision and concept
2. Experience in hosting events
3. Basketball history
4. Cities and venues

Here, Samahang Basketbol ng Pilipinas (the basketball federation of the Philippines) provides information about its cities and venues.

The two main cities proposed by the Philippines to host the 2019 FIBA Basketball World Cup could not be more different. As the country's capital, Manila is fast paced and the centre of a strong and emerging national economy. Nearly 1,000 kilometres south, Cebu City, while equally dynamic, is the gateway to some of the Philippines' most beautiful, tranquil and sought-after tourist destinations.

But despite their distinctions, there are two things they share which are unique to the Philippines - an unrivalled passion for basketball and a home for some of the most prestigious and well-known basketball arenas in the world.

In preparing its bid for the FIBA Basketball World Cup, the Philippines Bid Committee considered a number of issues. We wanted to ensure that the quality of the venues, facilities and services combined would create a memorable experience for fans, teams and players. But we also wanted to be sure that the location of, and access to, those venues would present the opportunity for local and visiting fans to experience the very best of Filipino hospitality.

Sustainable best practice is as a key component of our bid considerations. FIBA has stipulated clear requirements for the delivery of a successful World Cup, including sustainability and environmental expectations. We believe we will exceed those expectations through a number of environmental initiatives currently in place and specific initiatives designed for a Philippines-based World Cup.

As we have previously stated, the Philippines bid is grounded in a truly public/private partnership. The longstanding commitment of our Government, backed by a deep and diverse support base from the private sector, will help ensure the delivery of a world-class event through access to the very best resources, people and ideas before, during and after the FIBA Basketball World Cup. That support base includes FIBA, whose own needs sit at the heart of the Philippines bid.

The development of modern sporting arenas and key infrastructure in the Philippines, supported by the growth of our national economy, provides an exceptional foundation to host a successful FIBA Basketball World Cup and will contribute to the delivery of a truly exceptional experience for basketball fans everywhere.

At the centre of this development program is the Philippine Arena. Completed in 2014 it has a capacity of 55,000, a world record for any indoor basketball arena offering fans and teams an extraordinary experience. The excitement that exists in the arena during a game is nothing short of spine-tingling. A mark of the Philippines' ability to deliver major projects, the arena was designed by global design consultancy Populous, who consulted on many globally renowned stadia including the London 2012 Olympic Stadium and the Yankee Stadium in New York.

The Mall of Asia Arena, also in the Manila area, is a celebrated five-tiered ultra-modern event venue that successfully hosted the FIBA Asia Championship in 2013. As one would expect from such a venue, facilities throughout the venue are exceptional. Elsewhere, the Araneta Coliseum, shortly to undergo a full refurbishment, remains the most cherished sports stadium in the Philippines and its renovation will extend its significance to a new generation of basketball players and fans.

Completing the sweep of proposed venues, the SM Arena Cebu will be a brand new state of the art facility with a capacity of 22,000. Part of the SM Seaside City Cebu mall complex made up of a 400-room five-star hotel and a 19,000 square metre convention and exhibition centre, the SM Arena has the backing of one of the largest property asset, retail and development companies in the country, SM Prime Holdings. The company has extensive interests in a number of industries and completed, on-time, both the SMX Convention Centre and SM Mall of Asia Arena in Manila.

The Philippines is a socially progressive nation that welcomes guests from all over the world. We are justifiably proud of the warmth and hospitality of our people and, as part of our efforts to develop better, smarter and more accessible destinations, we continue to make significant investments in road, rail and airport infrastructure facilities across the country. Since the completion of the Philippine Arena, the Government has committed 4 percent of GDP in significant infrastructure investments, increasing to 5 percent of GDP in 2016. That means venues will become more accessible as fans travel between arenas and take the opportunity to explore the live fan-zones around and close to the stadiums.

In making our bid, we are thinking about a future beyond the FIBA Basketball World Cup too. As an emerging nation, investments made for a tournament of this significance create long-term benefits for residents and visitors long after the final whistle has blown. 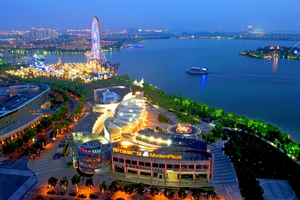