''I am super excited for the opportunity to wear my country across my chest,'' says Egypt's Nader

CHICAGO (USA) - Abdel Nader could be the missing puzzle to Egypt's near misses recently and his anxiety to make a difference and take his country of origin to greater heights has him thrilled at the possibilities ahead.

The Oklahoma City Thunder small forward is excited about the possibility of donning the prestigious Pharaohs jersey, a feeling that comes with fulfillment, national pride and the sense of belonging. It would be a childhood dream come true.

"I CANNOT WAIT AND I AM SUPER EXCITED FOR THE OPPORTUNITY TO WEAR MY COUNTRY ACROSS MY CHEST ON THE COURT.  IT FEELS GREAT AND IT IS AN HONOR TO BE ABLE TO REPRESENT MY COUNTRY OF EGYPT IN THE NBA. I RECEIVE SO MUCH LOVE FROM ALL MIDDLE EASTERN AND NORTH AFRICANS AS THE ONLY ARAB PLAYER IN THE NBA. I TAKE THIS RESPONSIBILITY VERY SERIOUSLY. "- Nader

His commitment to lining up as a Pharaoh has never been under question and now more than ever, his desire to see this through is causing excitement right from the shores of Alexandria along the Mediterranean Sea and on to the Great Pyramids in Cairo.

Egyptian fans that have been watching him on their television screens - young and old, men and women, boys and girls - every week competing against the best players in the world can finally get the feeling of watching him live at home even if it means following training practices. In an exclusive interview with FIBA.basketball, Nader said, "I remember the beautiful Mediterranean that runs all around my city of Alexandria filled with passionate people and delicious Egyptian food that my Mom always cooks for me when I am home in Chicago. Unlike other cities in Egypt, basketball is the number one sport in Alexandria."

"I support all Egyptian clubs but I am especially attached to Alexandria basketball and especially Ittihad with its rich history of basketball. When I was a teen, I practiced in the club with some of the legendary coaches including Captain Amr Aboul Kheir. Ittihad is a true Mecca of basketball in Egypt and the Middle East that is continuously growing."

Ittihad Alexandria are the most successful Egyptian side locally and internationally having won the league a record 14 times, lifted the Egypt Cup 13 times and the Arab Championship that brings together teams from North Africa and the Middle East a record seven times including back-to-back in 2018 and 2019. They were also crowned African Champions Cup winners in 1987.

I’m from Alexandria, but we love Cairo too! https://t.co/zUDWWpCApF

For Nader, going back home to play alongside teammates that have done this for some time will be the dawn of a new era - one that finds its fabric in alignment of the same goals to climb to the helm of African basketball and conquer the world too. After all, it is the land of the Pharaohs.

The 26-year old stays in touch with his home country and is vehemently invested in inspiring the next generation. Among many, Nader is currently mentoring Yasser Mohab who he believes is going to be "a superstar soon for Egypt and Africa. This kid is special."

"As a 15/16 year old, he helped Zamalek win the league and is with the NBA Africa Academy in Senegal," Nader spoke highly of the teenager.

Mohab and Yara Osama attended the NBA All-Star Weekend in Chicago where Nader too was a guest at the Basketball Without Borders Camp - an initiative that has given a platform to hundreds of children to dream big and achieve their dreams with Cameroonian Pascal Siakam of the Toronto Raptors being the latest African success story.

"I have been in close touch with the coaches and the federation for the last several years. I speak to  the vice president of the Egyptian federation Mohamed Abdelmotaleb regularly and follow top young Egyptian players in the states and Europe regularly to support them and continue to help grow the sport in Egypt."

"I can't wait and I am super excited for the opportunity to wear my country across my chest on the court. It feels great and it is an honor to be able to represent my country of Egypt in the NBA. I receive so much love from all Middle Eastern and North Africans as the only Arab player in the NBA and I take this responsibility very seriously." 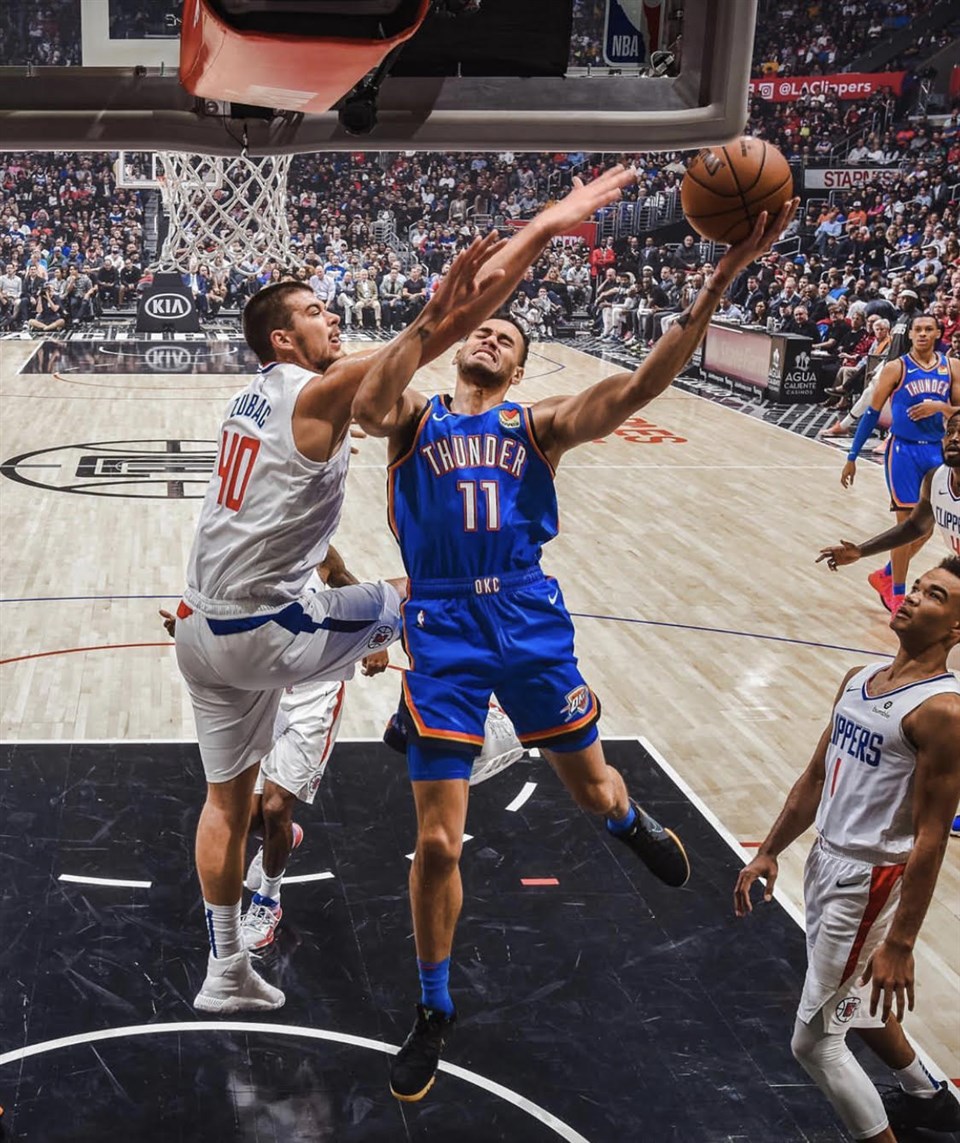 Growing up in Chicago, Nader has had to adapt to the basketball culture there while staying true to his Egyptian roots and it is this combination that he believes makes him a solid asset to the team. "My ability to shoot, play make and defend with a group of talented young Egyptian players will make a difference," he said.

"Chicago basketball is tough and rigid especially back in those days when I was growing up with some of the best basketball players coming out of Chicago like Anthony Davis, Derek Rose and many others. Chicago people in general are known to be tough both on and off the court and I truly try to take that same mentality everyday I show up to be a professional on the court or off the court in the community."

"It is a dream come true. Playing with NBA stars like Chris Paul and Danilo Gallinari is a huge opportunity to be able to learn from these guys and to be a part of a great organization like OKC. As a team, we would like to win and keep taking it one game at a time and building on the momentum we currently have."

Excited for the first NBA international league (@thebal )launching on March 13th on the continent of Africa with games being played in Egypt, Tunisia, Morocco & other African countries @nbaallstar @nba @thebal @giantsofafrica AFRICA is coming!!

Nader harbors dreams of playing at the NBA-All Star Weekend. Why not? "It is inspiring and motivating and a chance to meet up with some of my colleagues off the court. No dream to me is too big and I hope to be able to play one day at the All-Star weekend."

Egypt was drawn in an intriguing Group E alongside their rivals Morocco, Uganda and the winner of the last Pre-Qualifiers involving Cape Verde, Liberia and South Sudan. The top three teams from this group will qualify for the FIBA AfroBasket 2021 in Rwanda. 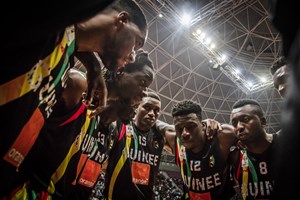 Cameroon's Gbetkom: ''It's our role to prove to the world that we have enough talent in our team'' 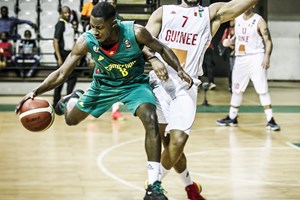 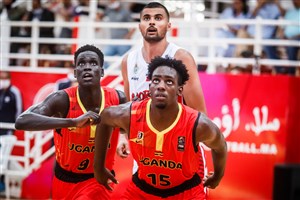 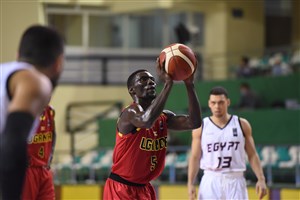 Enabu, Rwahwire reflect on Uganda tenacity ahead of Morocco cracker 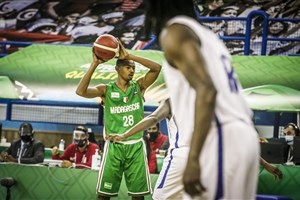