TENERIFE (Spain) - The Argentines of San Lorenzo de Almagro and the Americans of Rio Grande Valley Vipers lock horns Sunday on neutral, European soil in the Third-Place Game of the FIBA Intercontinental Cup 2020, and there is more at play than a spot on the podium.

Both the reigning DIRECTV Liga de las Americas champions and the 2019 NBA G League champions were partially successful in their respective Semi-Final clash on Friday.

That might sound like an oxymoron because success in the context of a Semi-Final, by definition, is to book a spot in the Final.

Both San Lorenzo and the Vipers however were successful in the sense that they stuck to their guns and stayed faithful to their own style.

They tried to beat Segafredo Virtus Bologna and Iberostar Tenerife, respectively, on their own terms.

Vipers head coach Mahmoud Abdelfattah explained this subtle point very eloquently, when he was asked about his team committing 25 turnovers in Friday's Semi-Final.

"There were a couple of times that I thought maybe we were forcing the issue, but those are plays we make, so it is not an issue of not wanting those plays, it's just a question of converting them, coach Abdelfattah said.

"Execute those plays and they could easily be assists rather than turnovers.

The Vipers coach attempted 33 shots from behind the arc against Tenerife and made 13 of them. It didn't surprise anybody who knows they are affiliated with the Houston Rockets of coach Mike D'Antoni.

"We emphasize shooting threes and getting to the rim. This is what the Rockets do, and this is what we do," Abdelfattah said. "

"We shot 33 threes in the Semi-Final, my goal is to shoot 50. We're trying to get it up, find high-percentage shots and if we miss one, we keep shooting."

Similarly, San Lorenzo will not seek to change their style or imitate the Vipers. You can be certain the Argentinian side will not look to take 33 triples, let alone 50. They will look to take the game inside and settle in their half-court sets.

If San Lorenzo head coach Nestor Garcia could change one thing it would not be what his players did, but the speed of execution, he said.

There is one more thing the reigning DIRECTV Liga de las Americas champions don't want to change, and that is the order on the FIBA Intercontinental Cup podium.

In their first participation, in 2019 in Brazil, they finished in third place after defeating Austin Spurs in the consolation game.

The core of the that team came to Tenerife this year trying to go one better and if they cannot do that, they are looking to at least repeat last year's third. And of course, they will try to do it their way. 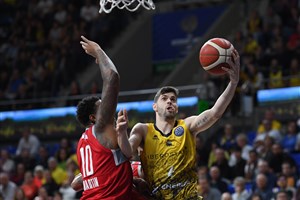 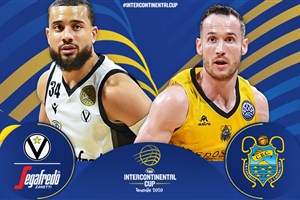