MIES (Switzerland) - The FIBA Intercontinental Cup 2020 schedule was confirmed on Thursday, with the four participating teams also learning the pairings ahead of next month's event, set to take place in Tenerife, Spain from February 7-9, 2020.

The Final Four format, adopted in the last edition, will remain unchanged this year, with the two Semi-Finals played on Friday, February 7 and the Third-Place Game and the Final taking place on Sunday, February 9.

The games will take place as follows (all times in local time - GMT):

As announced previously, the competition will take place at the Pabellón Insular Santiago Martín, the venue that hosted the FIBA Women's Basketball World Cup 2018 Final as well as the first Final Four of the Basketball Champions League in 2017.

All media representatives, local and international, wishing to attend the event should apply through the FIBA Media Portal by February 2, 2020. No other form of application will be accepted. 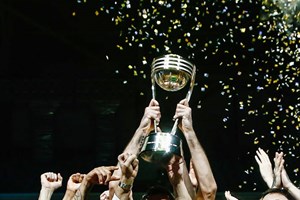